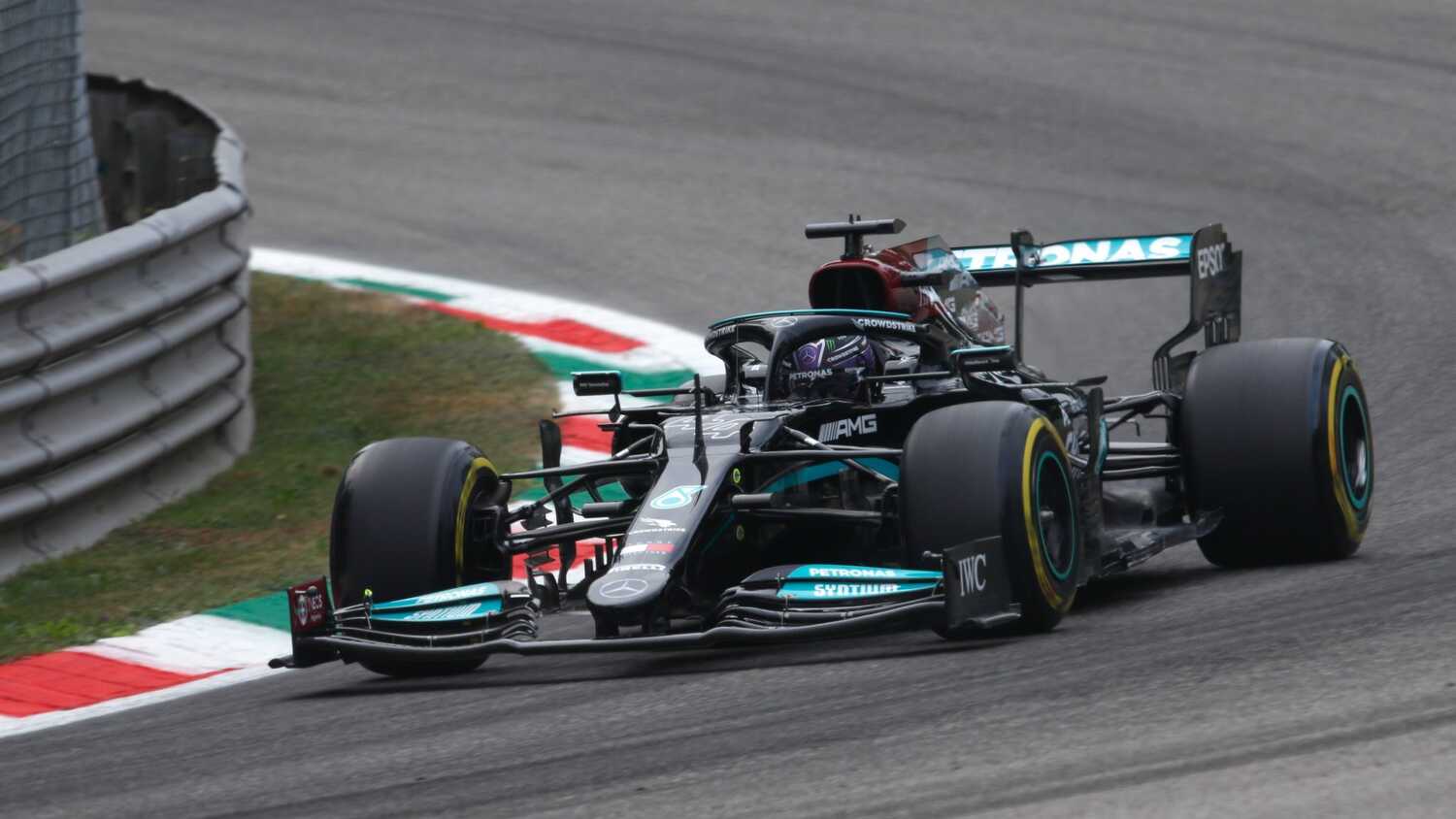 It was a busy hour of running at Monza, as F1 trials the new 'Sprint' format for only the second time, with drivers and teams in a hurry to gather as much information as possible before qualifying later in the day.

Around 40 minutes of the session was dedicated to longer runs on a mixture of the Hard (C2) and Medium (C3) compound tyres. In the closing stages, a selection of teams, including Red Bull, made the switch to the Soft (C4), but Mercedes opted against using the red-marked rubber.

Hamilton's benchmark time of 1:20.926 on Mediums put him 0.452s ahead of the Soft-shod Verstappen, which is in line with expectations that Mercedes will hold the advantage over Honda-powered Red Bull this weekend.

Hamilton did, nonetheless, benefit from a small slipstream behind AlphaTauri's Yuki Tsunoda on his way to the top of the times.

Lando Norris had looked set to split Hamilton and Verstappen with a late effort in his Mercedes-powered McLaren, but the lap time was deleted for exceeding track limits, dropping him out of the top 10 positions.

Departing Mercedes driver Valtteri Bottas (also on Mediums) was a further half a tenth adrift in third.

Carlos Sainz was the fastest of the Ferrari drivers in seventh, albeit almost a second off the pace after a scruffy Soft-tyre run amid heavy traffic, with teammate Charles Leclerc having a similar experience back in 11th – also losing a competitive time for exceeding track limits.

All cars will now be put into parc ferme conditions, ahead of Friday evening's qualifying session, meaning the teams can make no further changes.