It's a scene that made headlines around the world: Luca Corberi throwing his broken front bumper at another karter. The incident has cost the Italian dearly after a ruling was handed down by the FIA International Tribunal. 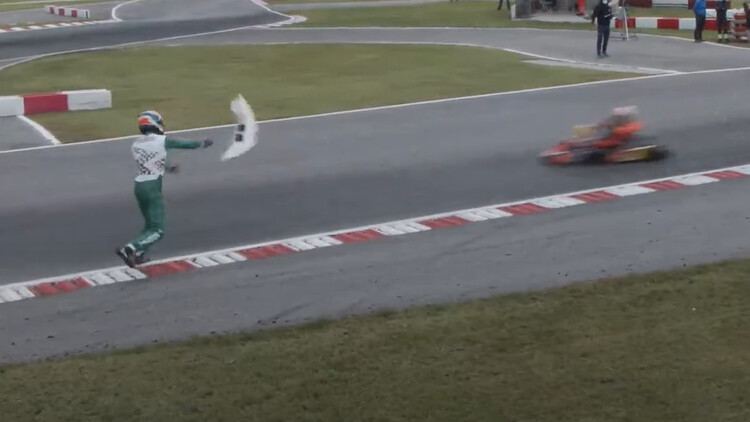 Luca Corberi has been handed a 15-year racing ban for his behaviour at the FIA KZ Karting World Championship event in Italy last year.

The Italian crashed out of the event after colliding with fellow racer Paolo Ippolito, though the incident appeared to incite Corberi. The then 23-year-old picked up his broken front bumper and threw it Ippolito, who who was still racing in his kart. The mayhem didn't stop there as Corberi attacking Ippolito in parc ferme, with parents of both karters joining in.

In an official decision published on Monday, the FIA International Tribunal found Corberi to be fully and completely guilty after breaching multiple Articles of the FIA Statutes, Code of Good Conduct and Karting World Championship Sporting regulations.

As a result the Italian has been banned for a period of 15 years starting on the date of coming into force of the decision by the International Tribunal. He's also been disqualified from the 2020 World Championship and will not be allowed to participate in any competition organised or regulated by the FIA and holding of any positions or duties on behalf of the FIA and/or within a body of the FIA.

While the FIA had pushed for a lifetime ban, the Tribunal opted against that stating that Corberi deserved a second chance due to his age, experience, apology after the incident and lack of any other similar incidents.