Why Red Bull are the team to beat

It's game on between Mercedes and Red Bull, though the latter are in a stronger position than their main rivals. RacingNews365.com takes a look at why Red Bull have to be favourites going into the Emilia Romagna GP. 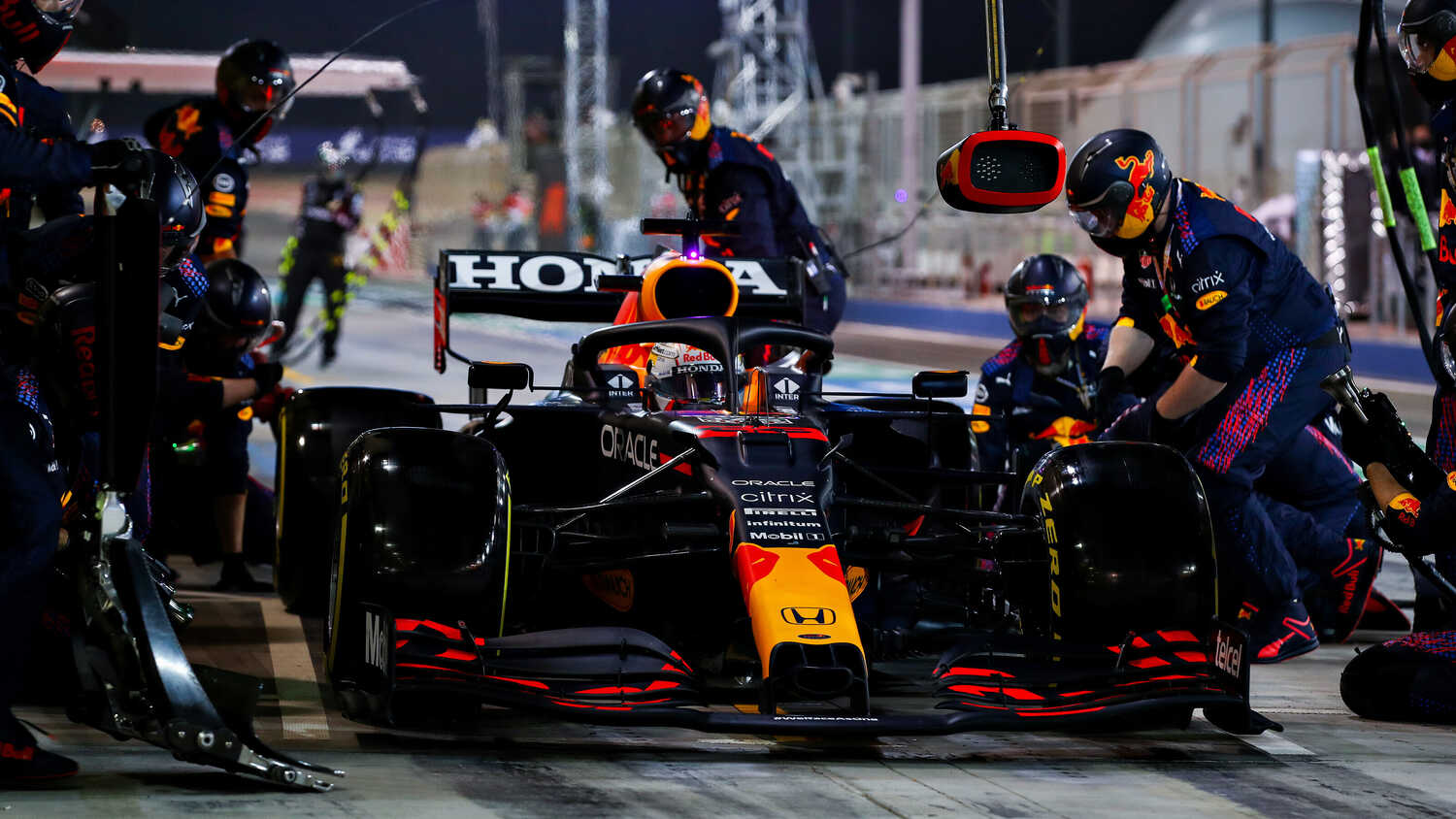 Lewis Hamilton and Mercedes came out on top in a thrilling Formula 1 season-opener at the Bahrain International Circuit, but it’s Red Bull who go into this weekend’s Emilia Romagna GP in Imola as the happiest team.

Max Verstappen took pole position by nearly four tenths of a second in Sakhir and looked dominant throughout the event. It required perfect execution of a smart strategy from Mercedes and Hamilton to stop Verstappen from taking the 25 points.

While Red Bull made some decisive mistakes in Bahrain, there are strong indications that they are the favourites heading into Imola.

Whilst things were close in the race in Bahrain, Red Bull had the upper hand over one lap when the cars were on the limit.

Mercedes will hope they have found a solution to their mid-corner understeer which particularly hurt them in the medium and high speed turns. Imola is full of high speed bends and a good change of direction will be severely tested around the 4.9km iconic venue.

This is an area where Red Bull have traditionally been strong and the planted RB16B could be unstoppable if the middle sector of Bahrain is anything to go by.

It’s also very difficult to overtake at Imola, even if you have a pace or tyre advantage. Last year, Verstappen found it tough to get past a wounded Valtteri Bottas and it required a mistake from the Finn for Verstappen to get by.

If Red Bull have a slight qualifying advantage, and Sergio Perez is up at the sharp end, it will be significantly more difficult for Mercedes to fight back in the race. 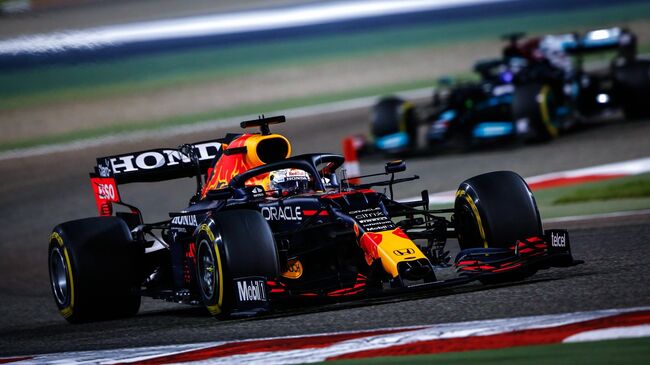 Verstappen without full power in Sakhir

Verstappen did not run at full pelt in the latter stages of the race due to reliability concerns, yet he was still able to mount a challenge albeit unsuccessfully.

If Honda can stay reliable, which is a big if, Red Bull are in a great position in terms of the performance of the power unit. New rules for 2021 mean no upgrades can be made to the engine so Mercedes and Honda are locked in with what they have.

“We don’t really have any strengths relative to them [Red Bull], is what I would say,” Mercedes trackside performance engineer Andrew Shovlin told RacingNews365.com and other select members of the press.

“We’ve had a lot of years where we’ve been able to rely on straight-line speed or high-speed cornering or interconnected corners. If you look at it here, we weren’t taking any time out of them anywhere.

“There were a couple of corners they really took chunks out of us in qualifying: the high-speed, also turn nine and 10, they were very strong there.

“And that’s really the main thing is you think qualifying we’re just bang on their pace in our best corners and they’re quicker in the others. So we need a faster car. Simple as that.” 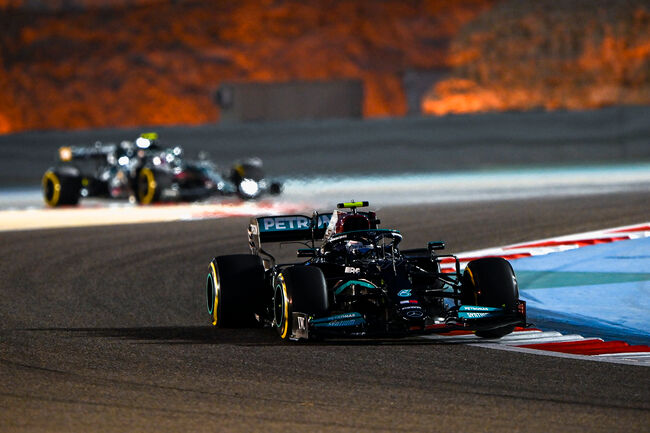 This gained Hamilton approximately one tenth of a second each lap. Perhaps more importantly, it enabled him to save the tyres because he was able to straighten out the car earlier to conserve the rear tyres.

Meanwhile Verstappen and Red Bull did not clock onto it until halfway through the race which may have cost them track position to Hamilton earlier in the Grand Prix. Rather than gapping the seven-time world champion, Hamilton was able to keep within two seconds of Verstappen to make the undercut work.

Without this, Red Bull would likely have gone on to win the race. Luckily, there should be no such problems in Imola and we can expect more consistency after uproar post-Bahrain. 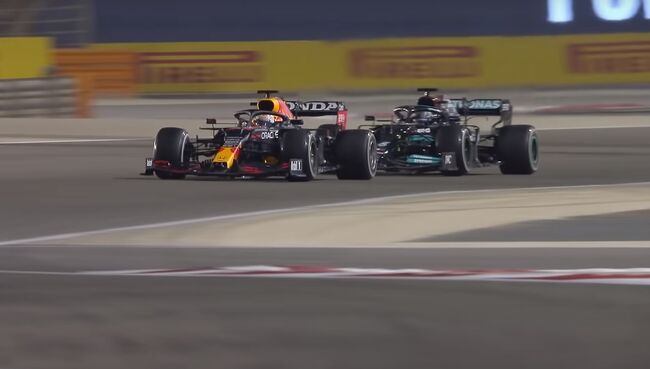 Verstappen reported an issue with his differential which cost him a quarter of a second per lap according to Helmut Marko. Even if it was not as much as 0.25 of a second, it was clearly a handicap for the Red Bull driver.

The differential mainly affects the rear tyres and how much they spin. This is the problem Verstappen had, his rear tyres were spinning too much due to a problem with the settings.

It cost him a lot of lap time, especially in the first sector with the high traction zones of turns one and four. More wheelspin hurts the rear tyres and on a track which is rear limited (the rear tyres get worn out quicker than the front tyres) it would have hurt Verstappen’s tyre wear.

With Verstappen’s rear tyre temperature exceeding the optimal window, he was forced to adapt his driving style and drive more conservatively. This was also a factor as to why Hamilton was able to undercut him in the first stint.

Red Bull will almost certainly have resolved any differential problems for Imola which will make Verstappen a stronger force. 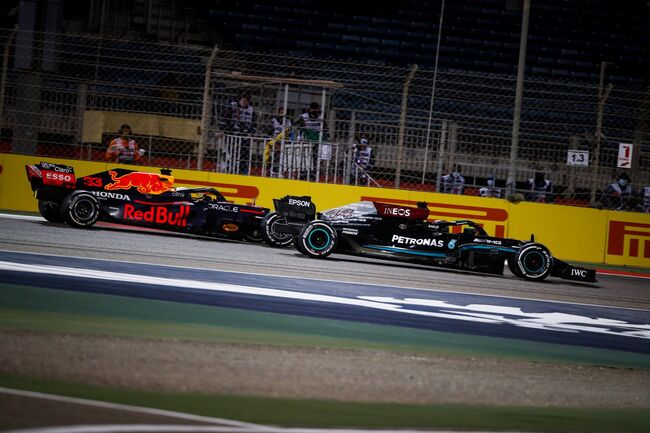 Mercedes required a perfect weekend from Hamilton to beat Red Bull. It also took some mistakes and operational errors from Red Bull to give Hamilton the opportunity to beat Verstappen.

If Red Bull can iron out these errors, nail the strategy and run a clean weekend, they are in a strong position to not just win but to score a double podium.

"[We've] some developments ready in the pipeline for Imola, more for subsequent races," Red Bull's Chief Engineer Paul Monaghan told RacingNews365.com and other select members of the press.

"We have a quick car and 22 races left, so come on, it's not won and lost here. It's now a two prong fight. We need this car to be able to put it down on the ground and run and give us no hiccups.

"We will put as much performance onto the car as we possibly can by Imola."

Red Bull definitely have the speed and even the mighty Mercedes may not have enough to stop them from dominating over the next few events.