Max Verstappen has stormed to pole position for the crucial title decider at the Yas Marina Circuit, ahead of title rival Lewis Hamilton. 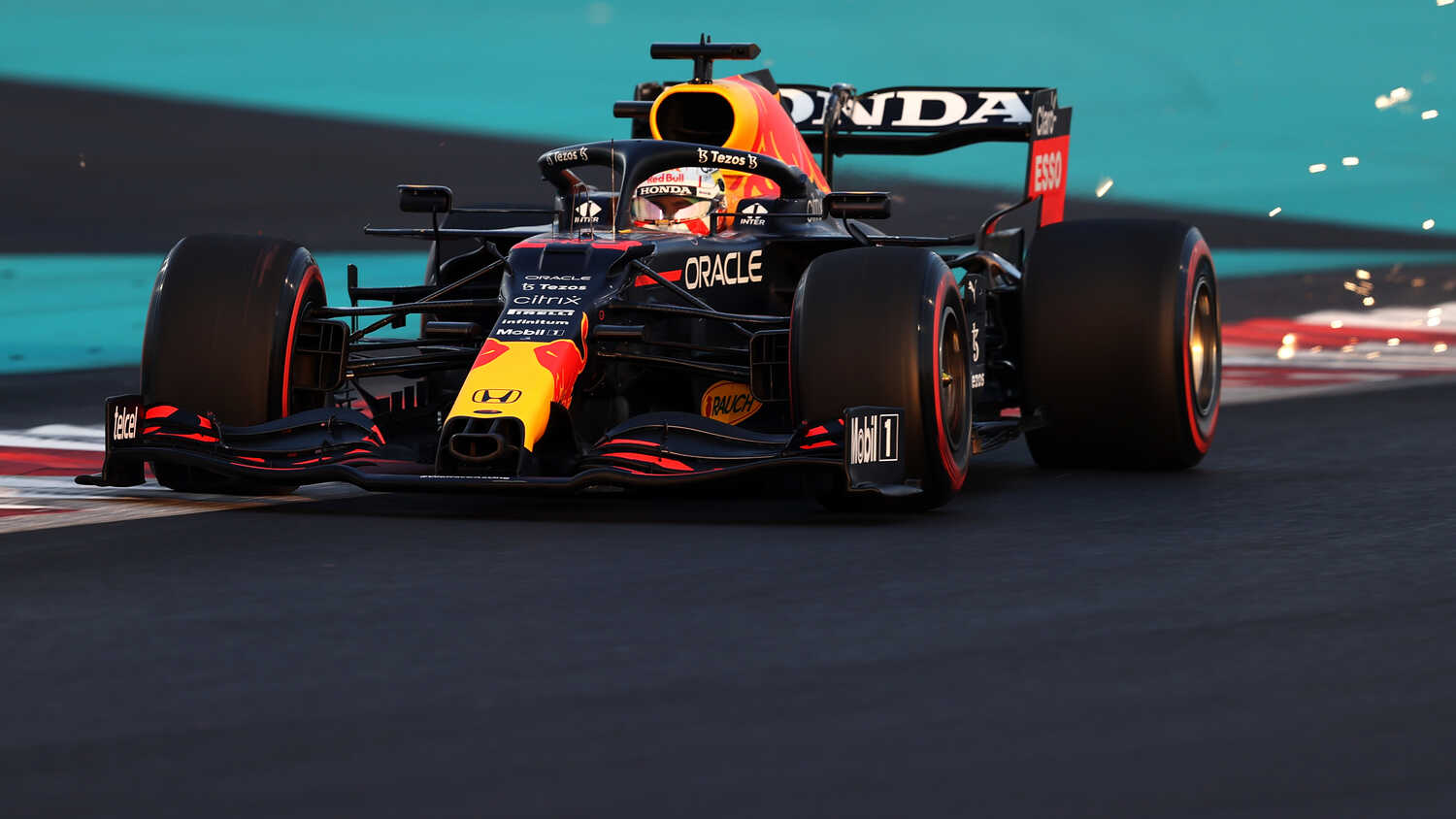 Against expectation, Verstappen set a time of 1:22.109 on his first flying lap in Q3 to go half a second clear of what Hamilton managed. Verstappen's lap was aided by Red Bull teammate Sergio Perez giving him a tow down the back straight, a tactic that Mercedes didn't replicate with their drivers on either of the runs.

Verstappen will start the race on the Soft tyre, after using the red-marked Pirellis to get through Q2, while Hamilton will start from second place on the Medium compound. Hamilton's second run in Q3 was almost four-tenths away from what Verstappen managed, but he still finished half a second clear of the next closest driver.

McLaren's Lando Norris will start from third place, while Perez slotted into fourth after sacrificing his first run for Verstappen.

Ferrari's Carlos Sainz was fifth, while Valtteri Bottas could only manage sixth in his final qualifying appearance for Mercedes.

Charles Leclerc was seventh in the other Ferrari, while Yuki Tsunoda finished eighth for AlphaTauri and is the only driver aside from the Mercedes pair to start the race on the Medium compound.

Verstappen led Perez in Q2, as Red Bull opted to use the Soft tyre compound for the final runs and commit to that tyre for the first stint of the Grand Prix.

While Hamilton had set the pace on the Medium tyre by 0.004s over Verstappen after their first runs, the Red Bulls swapped to the Softs for their second attempts as Hamilton remained committed to the Medium.

While the Mercedes driver did improve his time, his 1:23.145 was 0.010s slower than Perez in second place, and more than three-tenths slower than Verstappen. Bottas, in sixth, also completed Q2 on the Medium tyre, with Tsunoda the only other driver making it into Q3 on the Medium.

Alpine's Fernando Alonso was knocked out in 11th place, with AlphaTauri's Pierre Gasly in 12th. Both Aston Martin drivers were eliminated with Lance Stroll in 13th and Sebastian Vettel in 15th, separated by Alfa Romeo's Antonio Giovinazzi.

Hamilton clocked the fastest time of Q1 with a 1:22.845, almost three-tenths clear of Bottas, while Verstappen slotted into third place in front of Perez and Tsunoda.

Hamilton had already set the pace with a 1:23.2, half a tenth clear of Verstappen, who needed two flying laps to achieve that time after his initial effort was four-tenths away from Hamilton.

The session was red-flagged with five minutes remaining as a stray bollard sat on the racing line exiting the final corner. This was after Haas' Mick Schumacher hit the bollard on the inside of the corner and knocked it from its mounting. Norris, following as the next car along, struck the bollard, thankfully without damage.

When the session resumed, Hamilton bolted on a fresh set of Softs to put in his fastest time, as Bottas followed suit for Mercedes to take the top two positions.

Knocked out in the first part of qualifying were Williams' Nicholas Latifi in 16th and George Russell in 17th, as the Mercedes-bound Briton sighed about his tyres not being ready for their final flying lap.

Alfa Romeo's Kimi Raikkonen, starting the last Grand Prix of his illustrious career this weekend, qualified 18th, ahead of the Haas duo of Schumacher and Nikita Mazepin.