It is not unusual for a Formula 1 driver to have a parent - often their father - involved in their racing career, whether it be as a manager, mentor or just a supportive presence in the paddock. Whilst this is a strength for some, it can also prove to be problematic. 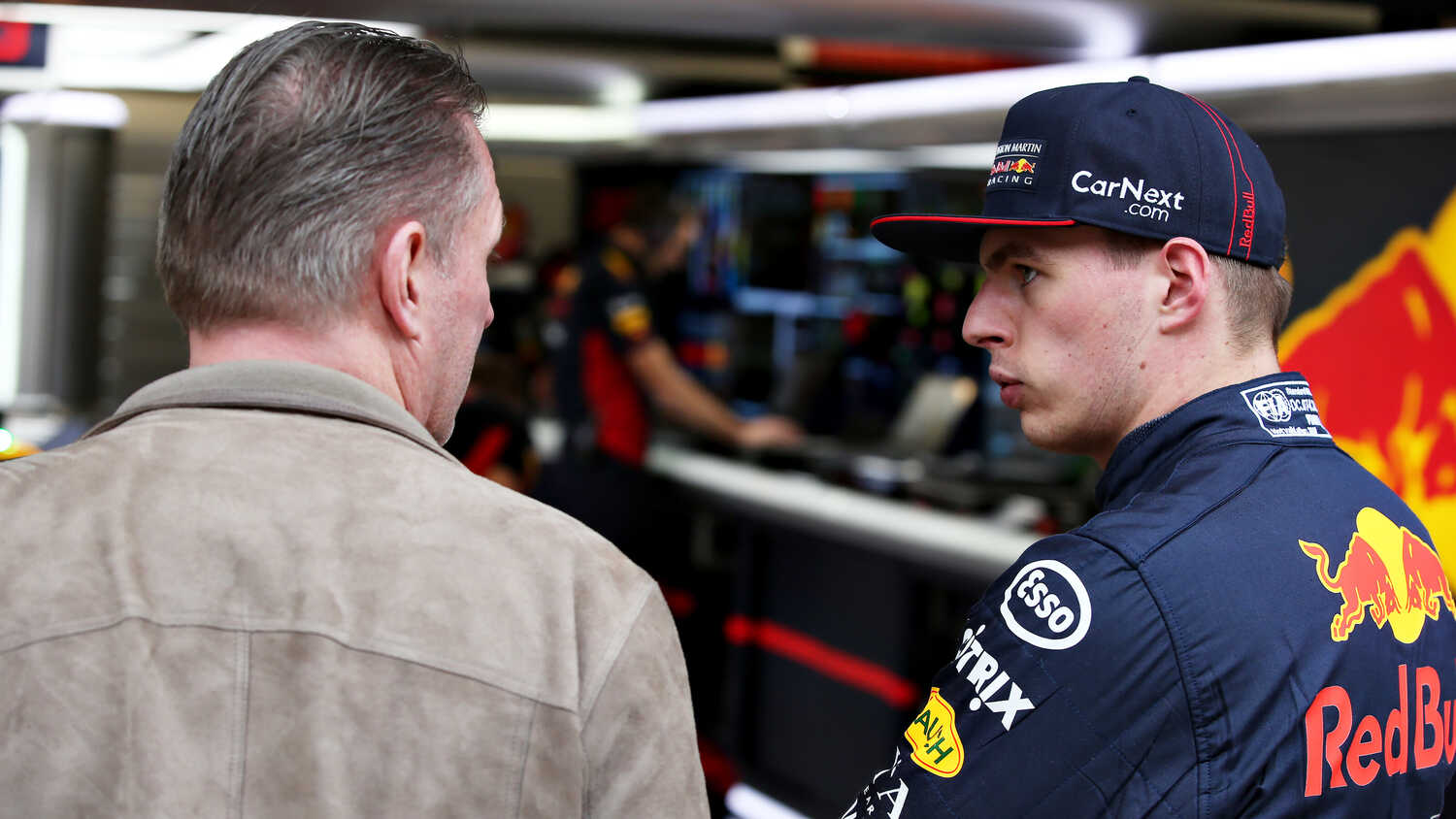 The life of a Formula 1 driver can in many ways be a lonely one, what with the constant travelling, numerous commitments and - in this current pandemic era - a necessity to isolate on a regular basis. It is perhaps unsurprising, then, that many choose to keep a close knit team with them, and often a parent features in this.

It is not unusual to see an F1 driver with a parent - more often than not their father - by their side in the paddock. For many, the parent has been heavily involved in their junior career and continues to play a significant role when they reach the top level of motorsport. This may involve being the driver’s manager, or could take the form of a kind of mentor. For others the parent simply offers a level of trustworthy support. Yet it can be a complex relationship to manage, both personally and professionally.

But let’s start with the positives. One of the most notable father-son duos in the current Formula 1 paddock are Max Verstappen and his father Jos, who formerly raced in the sport himself for several years. Jos has been a key influence in Max’s career since the younger Verstappen was just a child (though it should be noted that Max perhaps inherited his talent from both parents, given that mum Sophie was also successful in karting).

Max has often spoken of the influence that Jos has had on his career, and credits his father with teaching him a great deal about driving. Recently the Red Bull driver talked about how he felt able to rely on his intuition more than data, something that he credited to what Jos had taught him during their early karting days.

“It’s what you practice already in go-karting,” Max explained in an interview with personal sponsor Car Next. “Of course, you didn’t have wings, but you can simulate different type of things, right? That’s what my dad [taught]: sometimes he would send me out, he would change something [on the kart], but he wouldn’t tell me what, and then I had to feel what it was doing.

“And that’s how we get a good understanding of new parts coming onto the car. But he also told me: ‘If you don’t feel anything, don’t say anything; don’t lie.’” 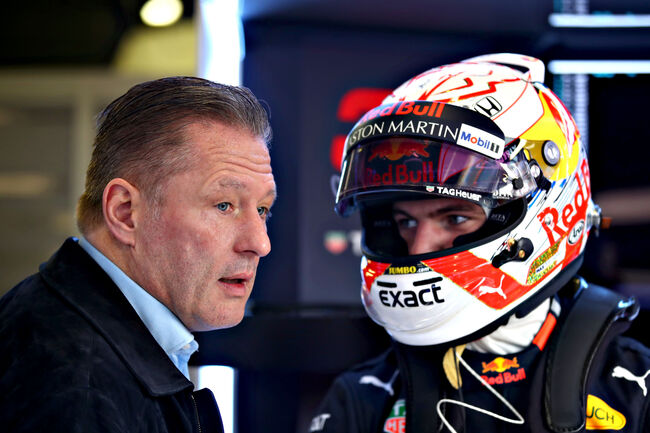 Jos added about this teaching method: “That’s the good thing because that’s how Formula 1 works as well.”

This doesn’t mean that the relationship has been without its difficulties. Max has admitted that Jos could be hard on him, but this clearly hasn’t affected their bond. Jos remains a regular figure in the paddock to offer support and guidance to his son, and the older Verstappen has even spoken of being open to racing with Max in the 24 Hours of Le Mans, though only if he can compete at a decent level.

“Maybe I’ll do it for his sake one day, but I wouldn’t want to just go along for the ride,” Jos told Motorsport-Total.com. “If I take part, then I also want to win. Otherwise, I’ll leave it alone.”

Having Jos alongside him has clearly felt like a positive for Max. But for others, it does not always stay this way.

Lewis Hamilton was also a driver supported by his father during the early days of his career. The Briton received his first ever kart as a childhood Christmas present from father Anthony, and from there the two embarked on the journey of progressing the younger Hamilton’s career.

So close was the bond that Anthony acted as Lewis’ manager for many years, including when Lewis reached Formula 1 in 2007 and during his first championship-winning year of 2008. But at the beginning of the 2010 season, Lewis sacked Anthony and their relationship suffered greatly as a result. The pair did not speak for some time - proof that mixing personal and professional links can occasionally be detrimental. 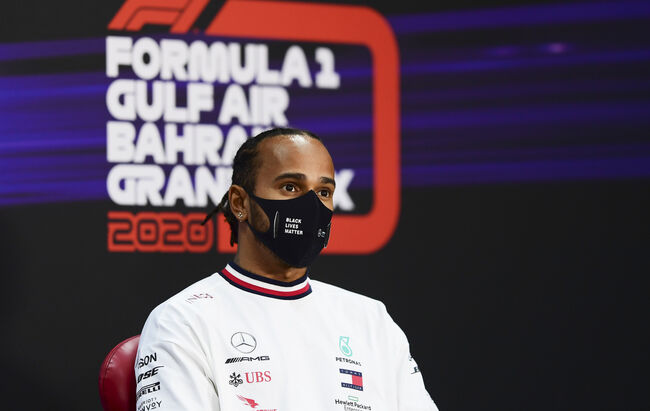 Fortunately, there has been a happy ending for the Hamiltons. At the beginning of the 2020 season, Lewis revealed that he had been working to repair relations with his father in recent years.

“Our journey hasn’t been an easy one,” Lewis told his Twitter followers after posting a photo appearing to show him on holiday with Anthony. “My dad and I haven’t had the easiest of relationships. He worked so hard to create an opportunity for us as a family and because of him I am where I am today.

“In the search for success, with all the pressure it put on us all, we were so immersed in the drive to succeed that we lost sight of what was most important, our relationship. Over time, we lost that father son bond and it has been something we have both wanted back for so long.”

For the Hamiltons, keeping their personal relationship away from becoming a professional one seems to have enabled them to slowly rebuild their bond. For others, this blending of roles can bring with it other complications.

Lance Stroll is an interesting example here; not only has his father Lawrence been a key supporter and influence on his career, but the businessman is now the Aston Martin driver’s team boss too. Stroll snr bought the former Racing Point team in 2018, and son Lance made the switch from Williams to race for his father’s outfit from 2019 onwards.

As far as Lance is concerned, the fact that his dad is also the team manager doesn’t appear to have negatively affected their relationship. So much so that the Canadian insists he would be understanding if Lawrence chose to drop him from the squad.

“There’s a working relationship and there’s a father/son relationship,” Lance explained to Channel 4 in 2020. “If he cut me from the team then no hard feelings…it’s just business, it’s just how it goes sometimes.

“I’d take it on the chin, move on and live to fight another day. It’s a pretty easy-going relationship I’ve got with him. There’s great chemistry and he doesn’t step on my toes and gives me my space. And he does what he has to do on the sidelines to make the car as quick as possible and put all the right people together.

“We’ve made a great team for so many years, have been riding this wave together and we’re riding a pretty good one right now.” 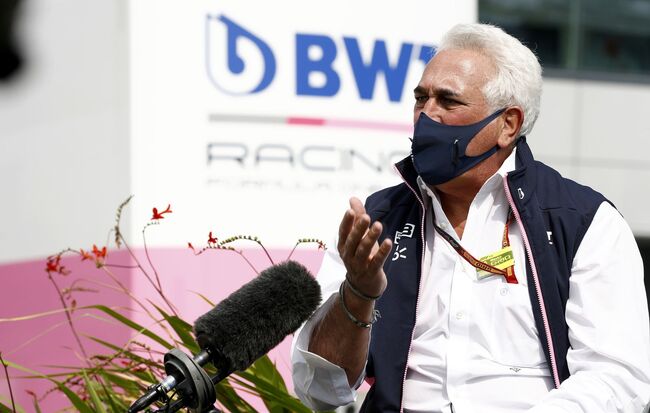 So all is well between the Strolls. The potential problem for them, however, comes from outside criticism; Lance is regularly targeted by critics who claim he does not deserve his seat, that he only has his place on the grid because of his father’s influence.

This could understandably annoy a driver, but Lance is adamant that it doesn’t affect him. “I’ve heard all the noise and heard it my whole life to be honest so I stay in my little bubble and keep the people that really matter close to me and the rest is just background noise. I just try to do my talking on the track.”

The Aston Martin racer appears unaffected by this possible downside of the Stroll name. For other F1 drivers, their surname can bring entirely different associations - even if their parent isn’t by their side in the paddock.

The power of a name

Nobody knows this more than Mick Schumacher. The German makes the step up to Formula 1 in 2021 off the back of winning the Formula 2 world championship. This is not an unusual career path for an F1 driver - many, including George Russell and Charles Leclerc, have similarly followed this progression. But for Mick, it is not his prior achievements that have created the most buzz around him; instead it is the name he carries from his famous father Michael, one of the most successful Formula 1 drivers of all time.

Like many drivers on the grid, Mick started karting as a child, and often competed under his mother’s maiden name to avoid too much attention. In recent years he has used the Schumacher name though, and it has only added to the anticipation over his F1 debut with the Haas team.

Given that he has been the subject of media attention from a young age, Mick feels that he has coped well with this and has not let it impact his on-track performance. 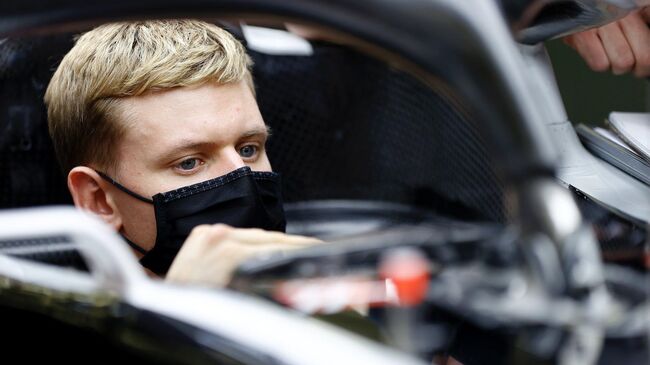 “I think that it’s quite clear that I’ve been under a sort of spotlight since a very young age, and especially due to the sport that I do,” the F1 rookie told Motorsport Magazine. “Nevertheless, I think it’s something that I’ve been able to get used to, and I would say about myself that I’m able to deal with it pretty well. I think the results speak for it.

Unlike many other F1 drivers whose parents feature strongly in their careers, Mick has sadly not had Michael with him in the paddock in recent years. The seven-times world champion suffered head injuries in a skiing accident in December 2013, and the family have opted not to publicly share details of the state of his health.

It remains to be seen whether Mick will reach the same levels of success as his father, but the poignancy of seeing the Schumacher name in Formula 1 again will definitely be there.

Not all drivers choose to involve their family in their careers of course; Nico Rosberg’s mother famously never watched a race he competed in, not through lack of caring but because she found it too stressful. Perhaps for some this is a better move for maintaining their personal bond.

The parent-driver relationship in F1 can clearly be complicated and emotional, but can also evidently be a source of strength, inspiration and support for the driver.