After Saturday's qualifying session at the Algarve International Circuit, this is how the drivers will line up for the third race of the 2021 F1 season. 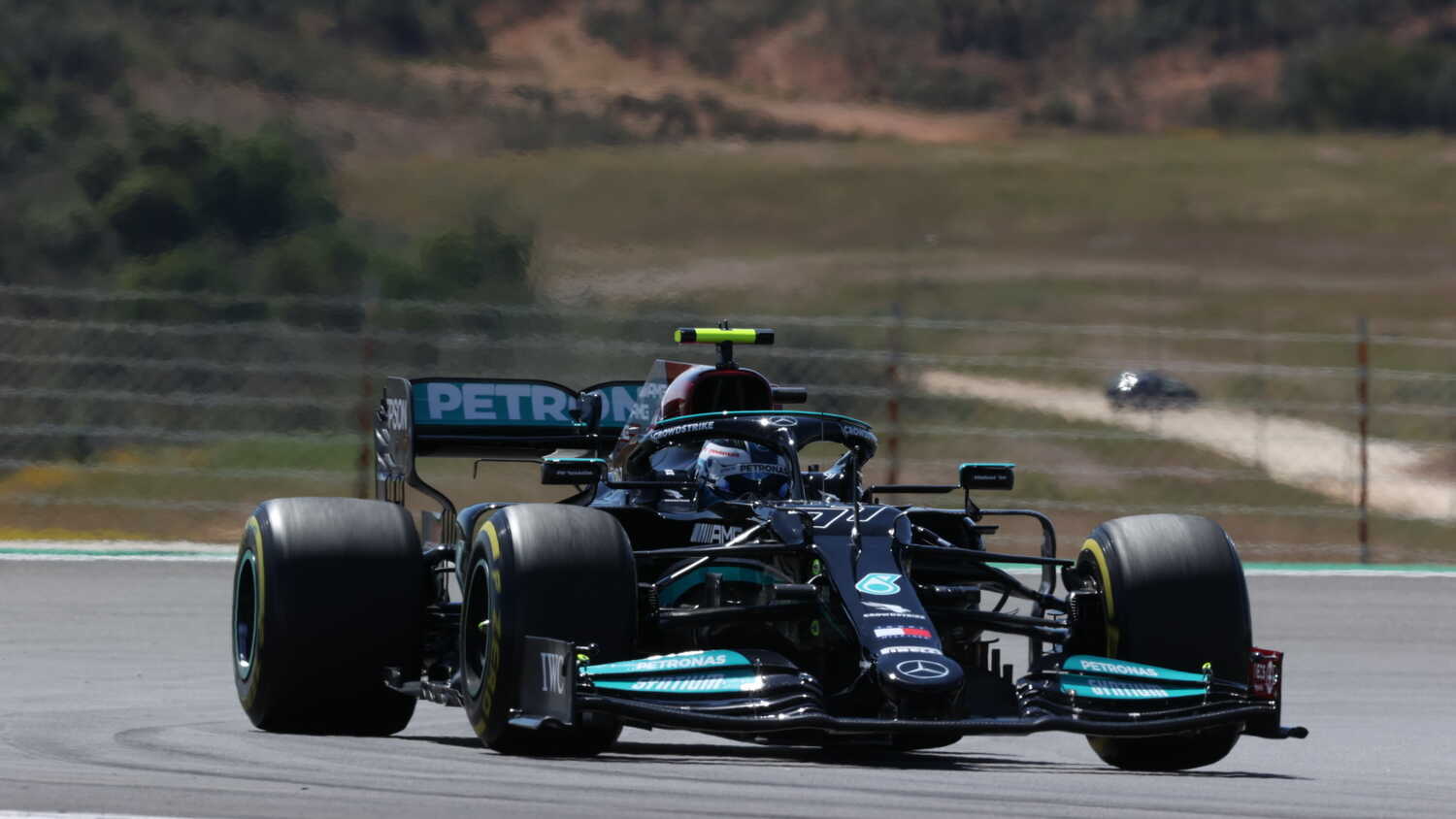 Saturday qualifying for the 2021 Portuguese Grand Prix provided some fascinating results, with the session proving to be a surprise success for some. Others were left seriously disappointed by the outcome though.

Valtteri Bottas caused a shock by taking pole position, and will line up on the front row alongside Mercedes teammate Lewis Hamilton. Max Verstappen took third place, but was left furious after Q3, with the Dutchman feeling that he had been obstructed by other drivers during his fast lap.

Fellow Red Bull driver Sergio Perez is in fourth, whilst Carlos Sainz outqualified his Ferrari teammate Charles Leclerc for the first time this season by taking fifth. Leclerc will start from 8th.

Sebastian Vettel reached Q3 after a difficult start to the season and took 10th position, though the German admitted afterwards that he felt that there was more.

Williams will be pleased with George Russell, who took 11th on the grid in an impressive performance.

Perhaps one of the biggest shocks of the day was Daniel Ricciardo's failure to get out of Q1. The McLaren driver will start the race from 16th position.

See the full starting grid for the 2021 Portuguese Grand Prix below.