Red Bull's Max Verstappen has led the way in final practice ahead of qualifying in Portugal, just ahead of Mercedes' Lewis Hamilton. 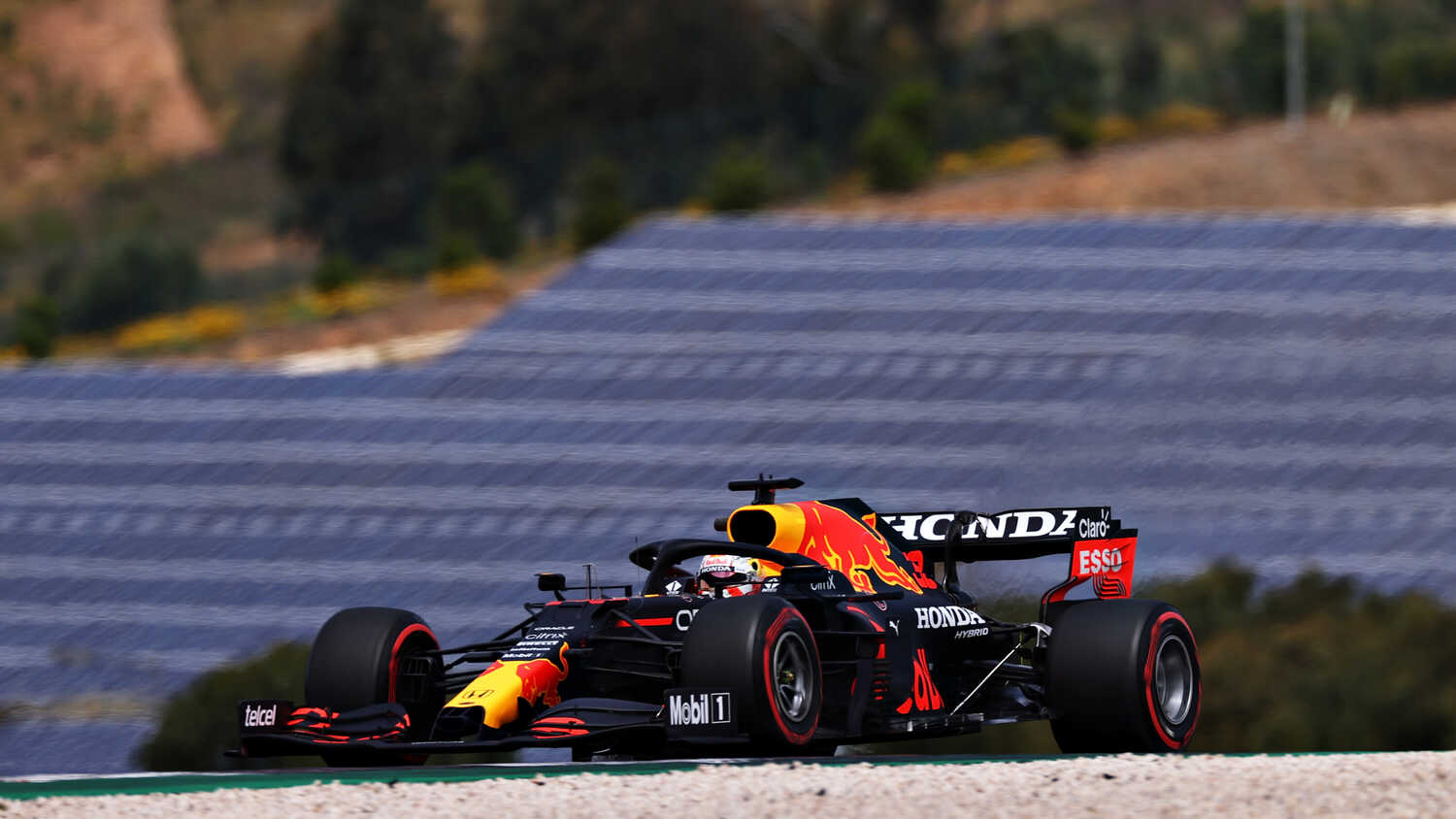 Red Bull's Max Verstappen has led the way in final practice at Portimao, having pipped Mercedes' Lewis Hamilton by just over two tenths of a second.

In a session that seemed to be dominated by track limits being exceeded by the drivers, it was Verstappen who managed to put a clean lap together midway through the session after his first flying attempt saw him run wide.

Verstappen had led the way with a 1:18.5, but hinted at being able to improve after chipping away on the softs through longer runs to get the tyres into the best possible operating window.

Going through a flying lap, cooldown, flying lap cycle, Verstappen improved with five minutes to go to finish with his 1:18.489 after threatening to go quicker, having complained of oversteer in the final sector.

Further attempts from Hamilton to improve resulted in him falling short of Verstappen's time, with the reigning Champion complaining over team radio about encountering traffic. However, Hamilton did not have a proper attempt in the final minutes, despite coming out on fresh softs with five minutes to go.

Valtteri Bottas, who seemed to struggle to figure out how to unlock pace during most of the session, eventually managed to find a good time on the soft compound with fifteen minutes remaining, and he slotted into third for Mercedes. His time was 0.331 down on Verstappen's best, and just 0.020 clear of Sergio Perez, who was fourth for Red Bull.

Alpine's Esteban Ocon finished in fifth, 0.3 away from the front, with the team's pace on Friday translating to Saturday. Fernando Alonso had put in a 1:18.7 during the session, but had his lap deleted. He finished in 14th as a result.

Ferrari's pace continued to be impressive, with Charles Leclerc leading Carlos Sainz for a Scuderia 6-7, split by just half a tenth and half a second away from Verstappen's time.

McLaren's Lando Norris, who voiced concerns about the team's pace on Friday, finished in eighth place, and was one of the drivers to have a harmless spin during the session.

AlphaTauri's Pierre Gasly finished in ninth and Alfa Romeo's Kimi Raikkonen was in 10th. The Finn was also a spinner during the session, and also had laptimes deleted for exceeding track limits.

Antonio Giovinazzi was 13th, with Alonso an unrepresentative 14th as a result of his limits breach.

Mick Schumacher was one of the stars of the show, as he vaulted his Haas into 15th to finish ahead of both Aston Martin drivers. Lance Stroll was 16th, with Sebastian Vettel in 18th, split by Williams' George Russell.

There was a brief Virtual Safety Car period twenty minutes into the session, due to a Pirelli board falling over at the side of the track. The track action was briefly neutralised to allow two marshals to go on track to retrieve it.