How the challenges faced by F1 documentaries have changed

Schumacher – a Netflix documentary about the life of Michael Schumacher – is the latest film about Formula 1 to be released, following on from the likes of Fernando and Drive To Survive. Whilst there seems to be a boom in the genre, F1 documentaries perhaps now face greater challenges than in the past. 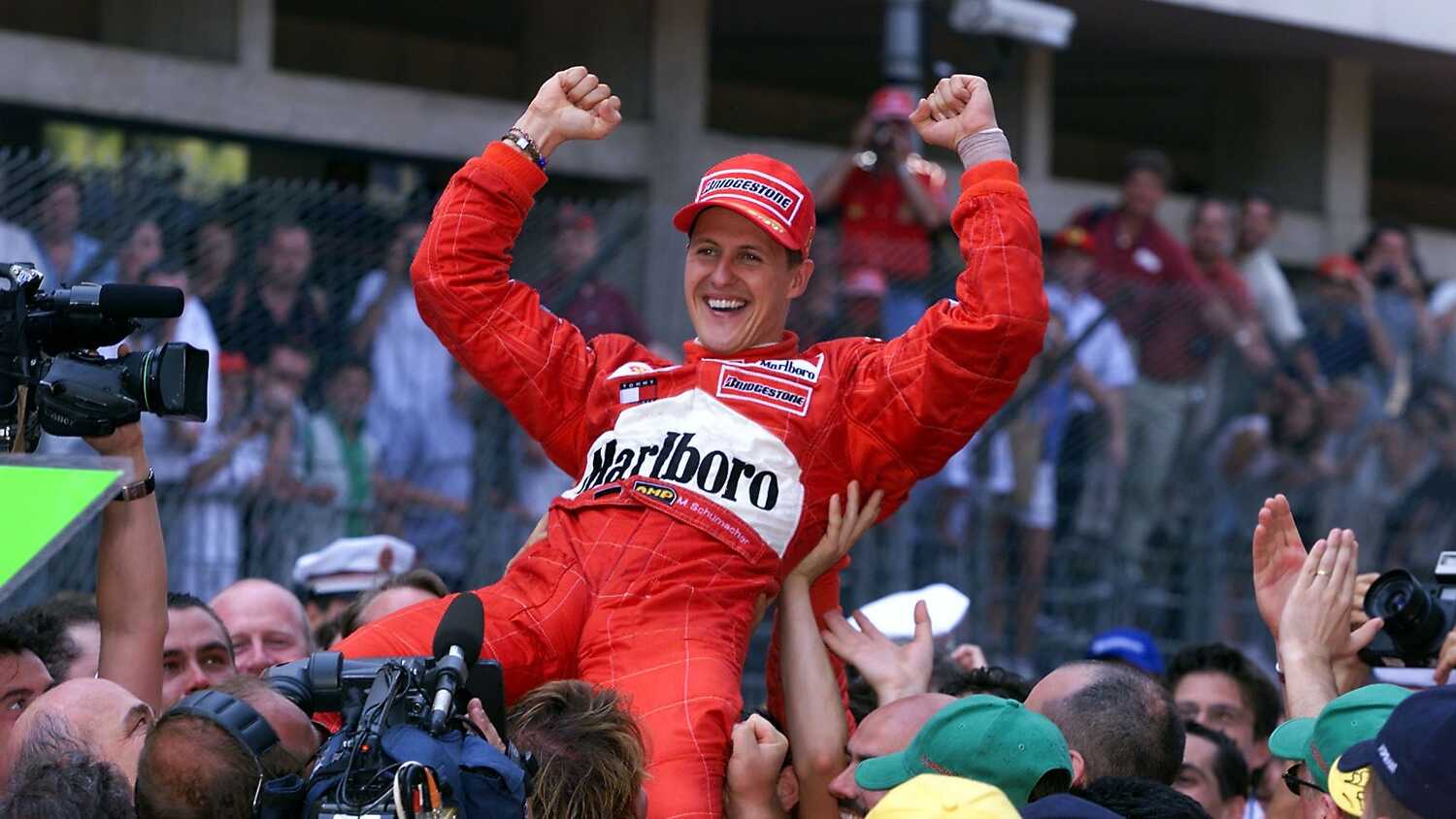 F1 documentaries are seemingly experiencing a bit of a boom. There has been a flurry of them recently, with Schumacher – a film offering an intimate portrait of Michael Schumacher's life and career – the latest release to hit Netflix. This follows Fernando and Drive To Survive, series which both offer a take on current Formula 1.

The popularity may have increased but the format is not new, of course. There have been many F1 documentaries in the past, but some key differences in the genre have emerged in recent times. This is perhaps inevitable given both the evolution of the sport and, more importantly, the media and entertainment landscape. In fact, these changes have probably contributed to the surge in popularity of Formula 1 series and films, what with the rise of streaming services creating greater access to whatever viewers are interested in.

Given the power that the likes of Netflix now hold, it is not surprising to note how much more polished documentaries about motorsport have become. Drive To Survive, for example, is slick and exciting; the way in which the first series added an almost gunshot-like sound effect to the moment the lights go out is an example of this cinematic take on the sport. 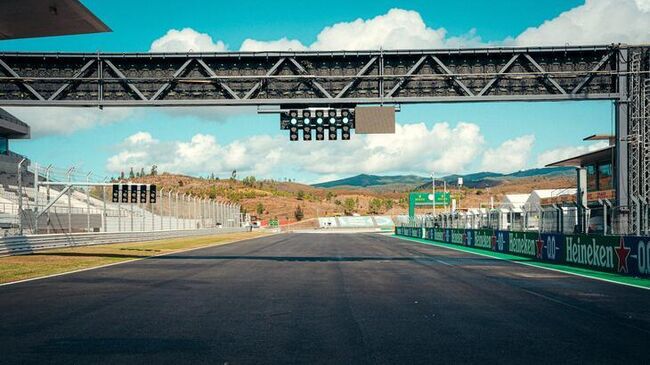 There is also a lot of editing involved. Whilst the series gives an insight into the behind-the-scenes life of Formula 1, there is a narrative used that arguably has a certain 'angle'. Similarly, the 2018 Amazon series Grand Prix Driver, which followed McLaren during their difficult 2017 pre-season, was an interesting examination of this challenging period yet avoided going into too much detail, with the angle appearing to be that the team's then-engine supplier Honda was perhaps to blame for the issues.

In some cases, there is no getting away from the fact that a documentary seems to be leaning towards putting one person or party in a good light. Anybody who has watched Fernando – the second series of which recently arrived on Amazon – would probably testify that the show paints the Spaniard's career in a very flattering manner, ignoring any moments of controversy and citing others as being the reason behind any tensions. Flavio Briatore, for example, suggests that during Alonso's time with Ferrari, it was the team which made the mistakes, not the driver.

Contrast all of this to the 1999 fly-on-the-wall film Eddie Irvine: Living The Fast Life and the differences are stark. The documentary followed Irvine in what would prove to be his best – and only – chance at challenging for the World Championship, during his final season with Ferrari. Compared to the polished media output of today, this almost seems homemade in comparison, with a warts-and-all approach to its subject. 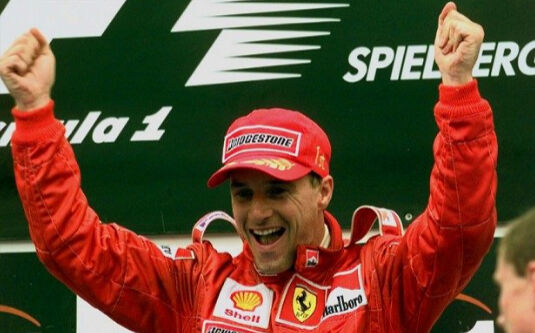 Scenes in the programme included the sight of the Northern Irishman's Ferrari overalls hanging on the washing line at his mother's house (do modern-day Formula 1 drivers have to do their own laundry?) and the cameraman hiding in a wardrobe to surprise Irvine before he had dressed. Irvine seemed remarkably relaxed and unafraid of the cameras following him during all of the ups and downs.

In one of the final scenes, the former Ferrari driver was shown briefly commiserating losing the World Championship to Mika Hakkinen, before declaring that the best man had won and deciding to go out partying in Japan. For an F1 driver to do this nowadays – or to at least be happy for it to be shown on camera – seems unthinkable, and this perhaps hints at one of the challenges faced by such programmes and films in the modern era.

Back in 1999, with the internet not yet mainstream and social media a long way off, it was easier to do things without the fear of repercussions, especially for those in the public eye. Whilst events might make it into the tabloids, this would soon become fish and chip paper. Now, the digital landscape that we live in makes it impossible for things to disappear; Irvine's behaviour and comments in his documentary are pretty much forgotten, whereas if a driver makes an offhand remark on film today, it will live on via the internet. Needless to say, this is likely to make anybody wary of revealing too much.

Similarly, the social media landscape poses another issue for documentary makers, in that we can now instantly share our reactions to programmes and films, be it good or bad. This is perhaps something that Netflix has learned through responses to certain elements of Drive To Survive. 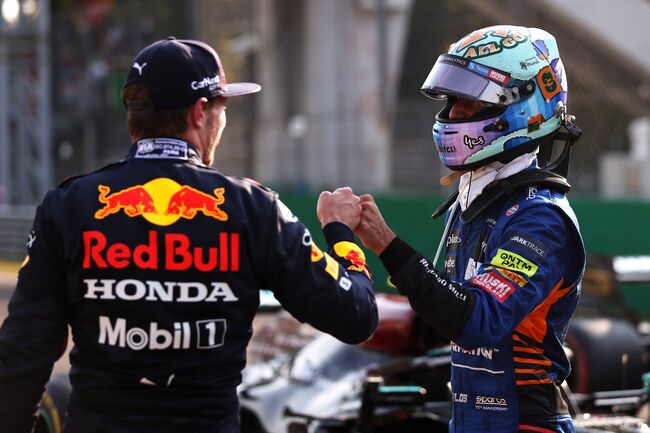 Whilst the greater availability of streaming services means that series like Drive To Survive are more able to attract viewers who may not necessarily be fans of the sport – which could be argued to be a positive thing for Formula 1, given that it is likely to increase its fanbase – the challenge is in balancing entertainment with fact, and pleasing the dual audiences of new fans and keen F1 enthusiasts.

Many viewers have used social media to voice their displeasure with Netflix seemingly using what they deem to be too much creative licence in storylines. When Daniel Ricciardo and Max Verstappen were seen celebrating with each other after both finishing in the top three of Sprint Qualifying at the recent Italian Grand Prix, several fans left comments including "Remember when Netflix made it look like they hated each other" and "Netflix won't be happy with this".

Many fans were also upset by an episode that seemed to suggest tension between Carlos Sainz and Lando Norris in 2020, despite the pair being known for their amiable relationship. McLaren's CEO Zak Brown defended the show's use of editing, arguing that Drive To Survive has been successful in bringing new fans to the sport.

"Any time you get into a television show, they're going to create some entertainment that we all within the paddock know, maybe it wasn't quite like that," Brown has previously said. "But I think that's OK, and I think what's most important is it has done some wonderful things to bring in new fans around the world.

"So we're very supportive of Netflix and what they're trying to accomplish, even if they take a little bit of creative licence here and there." 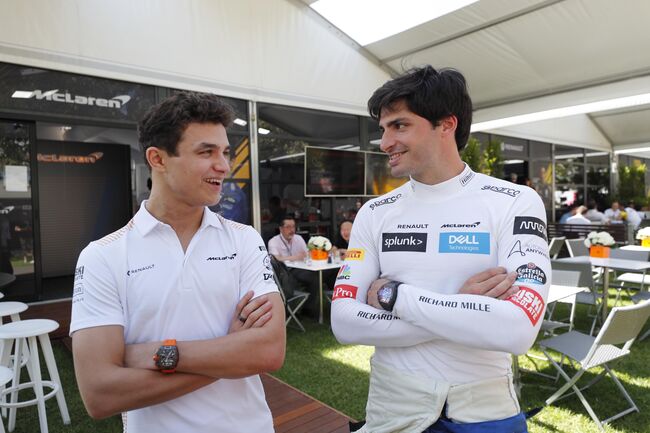 Social media is clearly a powerful force that anybody making a documentary about Formula 1 now has to contend with; as some of the reactions to Drive To Survive have shown, upsetting the already established fanbase can cause a backlash. Yet it also offers a tool that film-makers in the past would not have had.

Not only do the likes of Instagram, Facebook and Twitter allow fans to discuss and promote the programmes, but these platforms have perhaps also encouraged even more consumption of F1-related media, arguably contributing to the recent boom in documentaries. Social media has seemingly increased access to the drivers, teams and behind-the-scenes action, yet it appears that it is never enough.

Add to this the impact of Coronavirus – leading to many of us staying in more, and relying on Netflix and other streaming services for entertainment rather than going out – and it is almost inevitable that both current and new fans want to see more.

This raises another interesting challenge; if we already have increased access to key figures in the sport thanks to social media and the like, why do we still crave documentaries to show us even more?

The virtual gaming antics that took place during the early months of the pandemic, with drivers including Lando Norris live-streaming for fans from home, showed a more personal side to many of the drivers who took part. However, not everybody in Formula 1 is so open, and even those who use social media have limits to what they share with followers.

Max Verstappen, for example, has previously stated that he would be happy to close his accounts when his career is over. And Sebastian Vettel is famously not a user of any social media platforms. 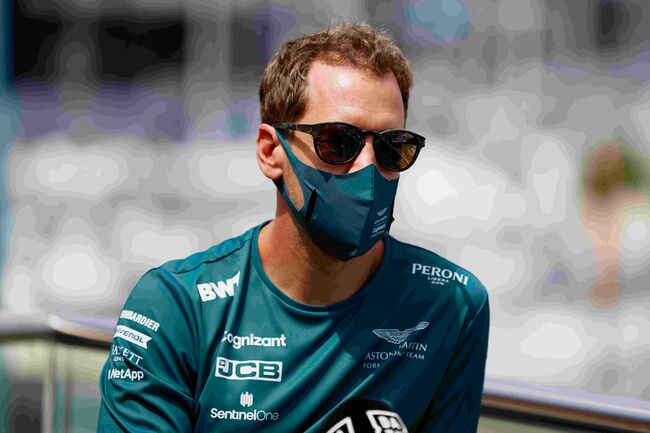 The sport is still in many ways quite a private world, as are many of those involved in it, and being granted access in this respect is a difficulty for those coming in from the outside to make a documentary. This is something that the makers of Schumacher have discussed.

Vanessa Nöcker, who produced and directed the film, said that the intention was for the project to focus on the seven-time World Champion as a person, rather than just as a sportsman. With this aim to examine his personal life, Nöcker admits that it took some time to gain the trust of Schumacher's family, who had given their backing to the movie.

They also understandably had concerns about how the skiing accident that Schumacher suffered in 2013 would be addressed.

"We didn't hunt any headlines, that was not the idea," Nöcker told the In The Fast Lane podcast. "The idea was really to find a way to tell the whole story, but respect the family."

Additionally, Nöcker received the family's blessing not to gloss over the more controversial elements of Schumacher's career, with the film addressing incidents such as Adelaide 1994 and Jerez 1997. All of this put together makes the documentary very emotional to watch. 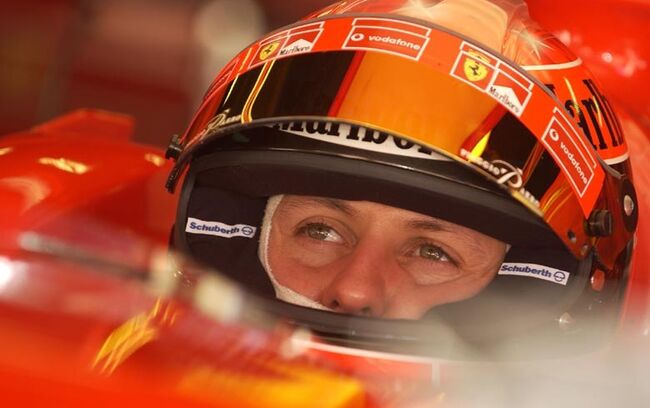 With the film marking the first time that Schumacher's family have publicly spoken about the accident since it happened, his wife Corinna explains that her husband always protected them, and so they in turn have done their best to protect him. Such a statement is a moving reminder of why the family have kept the details of Schumacher's condition private; just because an individual is in the public eye, we are not entitled to all of them.

Being granted access to their world – as difficult as this understandably may have been for them, and as much of a challenge it may have posed for the film-makers to explore – feels like a great privilege.

F1 is not alone in seeing this flurry of interest in documentaries; MotoGP promoter Dorna Sports revealed plans earlier this year to have its own Drive To Survive style series available to stream on Amazon. But there will surely be a continued challenge for documentary-makers in striking the balance between gloss and fact, between providing an added layer of entertainment for current fans whilst also providing insight and draw for those not already following the sport, as well managing to maintain a level of privacy and respect for those involved.

A fourth series of Drive To Survive is on the way, and it will be fascinating to see if the programme has taken onboard any of the many social media comments from fans about its usage of creative licence.