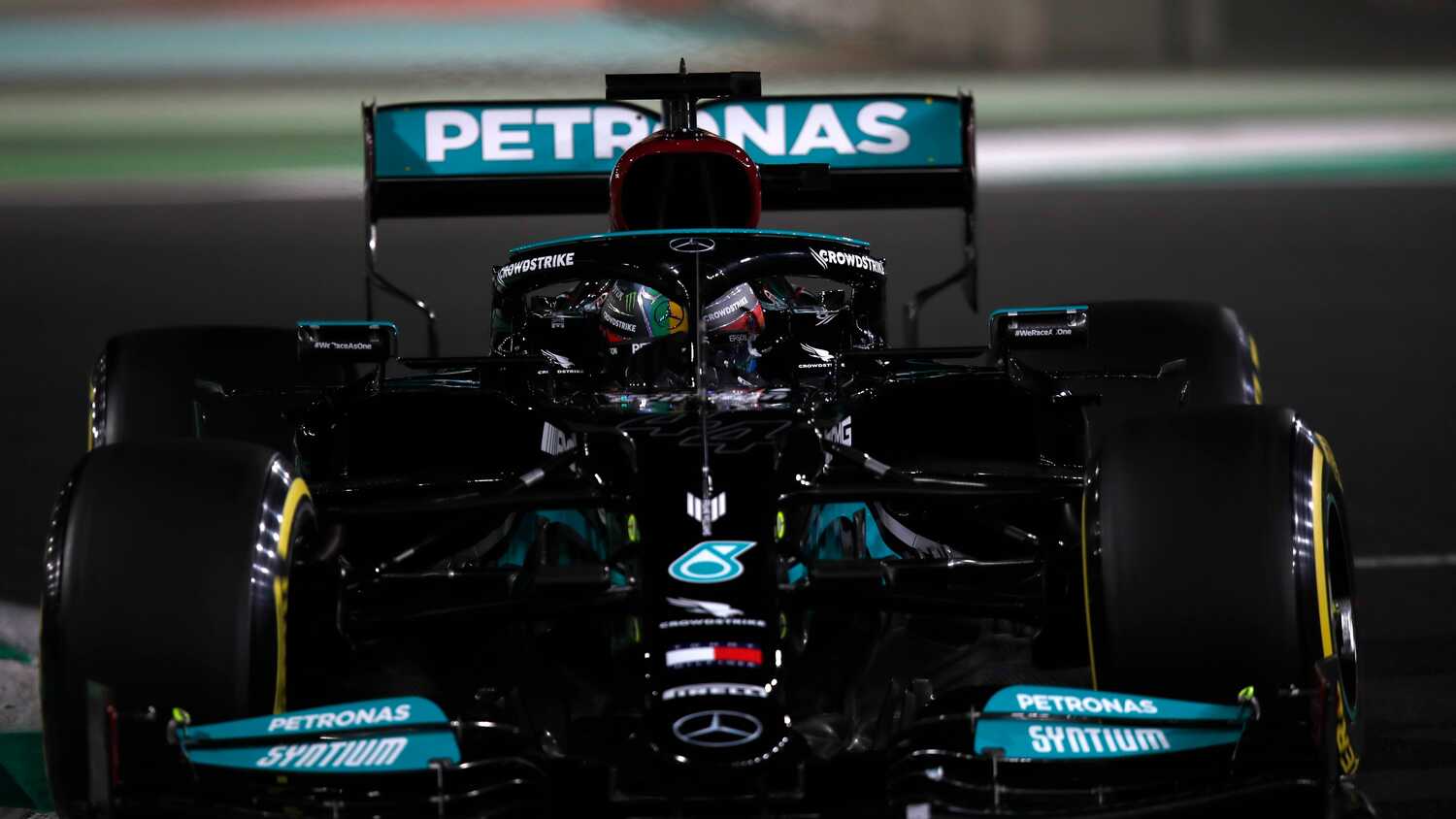 The second practice session took place at night, with floodlights illuminating the Jeddah Corniche Circuit as the drivers peeled out to start a session that is far more representative of the conditions they'll race in on Sunday night.

Hamilton set the pace from quite early in the session, using the Medium tyre to put in a 1:29.018 and go 0.061s quicker than Bottas, also on the Medium compound. Despite both using the Soft tyre, neither improved on their flying laps, with Hamilton roughly matching his Medium tyre pace before encountering traffic in the final sector of the lap.

AlphaTauri's Pierre Gasly slotted into third place behind the two Mercedes drivers, setting his best time of 1:29.099 on the Soft tyre, while Red Bull's Verstappen finished in fourth.

The Dutch driver set his best time on the Soft compound Pirelli, clocking a 1:29.213 to finish just over a tenth behind the Mercedes pair.

However, he appeared to be concentrating on flying laps and stayed out on the Soft compound in order to recharge between laps rather than switching focus to the Medium tyre. He would eventually put in his best time on his third flying lap on the same set of Softs. He switched to the yellow-marked Mediums in the final 10 minutes.

"I don't care," he said on the radio, when he was told that doing this would eat into the long run.

The session ended a few minutes early when the red flags were shown as the first driver to hit the barriers was Charles Leclerc. The Ferrari driver went off heavily at Turn 22, but clambered free of the car as the session was neutralised.

Replays showed that Leclerc was sweeping through Turn 22 when the rear of the car came loose. At high speed, he wasn't able to catch it and went off backwards into the barriers.

The shunt resulted in serious damage to the car, but he was uninjured and confirmed that he was OK over team radio as the session was stopped.

There were several incidents during the session, although thankfully nothing serious. Both Leclerc and Ferrari teammate Carlos Sainz ran wide at Turn 1 during the hour, while Haas' Nikita Mazepin had a spin that forced Hamilton to take avoiding action.

Hamilton himself had to negotiate traffic during a flying lap, with onboard footage showing a scary moment as he outbraked himself at the final corner while getting distracted by the slow traffic.