Every successful Formula 1 team is powered by a strong engine. Find out all the rules and regulations each team will have to abide by for the 2021 campaign. 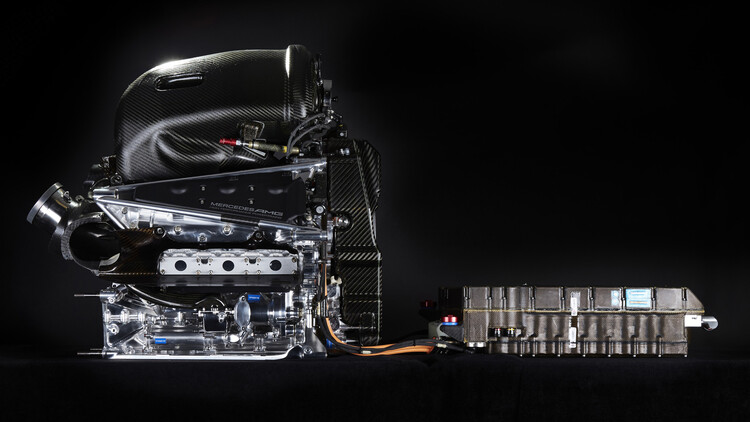 Formula 1 engines represent the most cutting-edge automotive technology on the planet, thanks to their incredible efficiency and power output, but what rules must F1 engines abide by?

Requiring just 100kg of fuel to get through a Grand Prix at racing speeds, Formula 1 engines are engineering marvels.

Without an engine, a Formula 1 car is nothing but a paperweight. Here's everything you need to know about the 2021 F1 engine rules.

What engines are used in Formula 1?

Formula 1 cars are currently powered by a 1.6-litre V6, with turbocharged hybrid-electric systems attached that mean an overall output of close to 1000bhp. The current engine rules were introduced in 2014, replacing the old normally aspirated V8s, and these regulations will remain in place until, at least, 2025.

In 2021, there are four manufacturers that supply these engines: Ferrari, Mercedes, Renault and Honda.

This means several of the teams are 'customers' of the manufacturers. Mercedes, for example, supply engines to customer teams Williams, Aston Martin and, from 2021, McLaren, which have also returned to Mercedes power.

Ferrari, along with their own team, supply Alfa Romeo and Haas. Honda provide engines for Red Bull Racing and sister team Alpha Tauri. Alpine, which are owned by Groupe Renault, run Renault E-Tech hybrid engines. For 2021, there are no Renault customers.

What are the hybrid systems?

The introduction of the hybrid components in 2014 also meant a change of terminology. No longer simply 'engines', an entire 'power unit' system is fitted into each and every car. These power units are made up of an Internal Combustion Engine (ICE), which is the beating heart of the car. This is the aforementioned 1.6-litre V6.

Added to this ICE is a Turbocharger. This is a compressor device that increases the density of the air the engine breathes in, helping to increase the power output. This is powered by an exhaust-driven turbine, with this turbine also helping to create more power from residual heat energy from the engine.

Along with the ICE and Turbocharger, there is a full Energy Recovery System (ERS) which harnesses energy produced by the car on track, stores it, and can then re-deploy that energy to create more power. This redeployed power equates to 160bhp, which can be used for up to 33 seconds of a racing lap.

The MGU-H and MGU-K are two of the most critical components of the ERS. The MGU-H (Motor Generator Unit - Heat) is driven by the exhaust gases. Rather than allowing energy, in the form of heat, to escape through the exhaust, the MGU-H harnesses that power to turn it into electricity. As the revs of the engine and turbo increase, the MGU-H generates electricity from the escaping heat and returns it into the Energy Store.

The MGU-K (Motor Generator Unit - Kinetic) is an electric generator and motor. Connected to the ICE, it provides power under acceleration. It also generates energy under braking. All the energy that would usually escape the brakes in the form of heat is harnessed and generates electricity that goes into the Energy Store.

The Energy Store (ES) is, simply explained, the car's battery. This Energy Store is where energy generated by the ERS is stored, until it is needed for deployment. It can store up to 4 megajoules of energy per lap, with this also being the amount that can be redeployed in a lap.

The Control Electronics (CE) is the electronic component that links the rest of the ERS together. It provides the coding to ensure all the systems are able to communicate with each other, and work correctly.

All of these components are critically important for a Formula 1 car. While a car may be able to drive if a single part of the Energy Recovery System fails, it will result in mechanical issues, a loss of pace and power, and increased fuel consumption. If one of these parts fails, it's unlikely the car will finish the race.

Formula 1 has strict rules about how many power unit components can be used over the course of a season. Long gone are the days of teams fitting an engine specifically for qualifying, and then throwing it away to fit a new one with lower performance figures to get through the race.

With 23 races scheduled for 2021, here are the allowances for each component this year:

Teams can mix and match components throughout the season, but needing to use any new component from outside this allowance will result in a grid penalty. These parts cannot be changed once qualifying starts. If a driver needs a new power unit or ERS element after qualifying, that driver will get a grid penalty or could be required to start from the back of the grid.