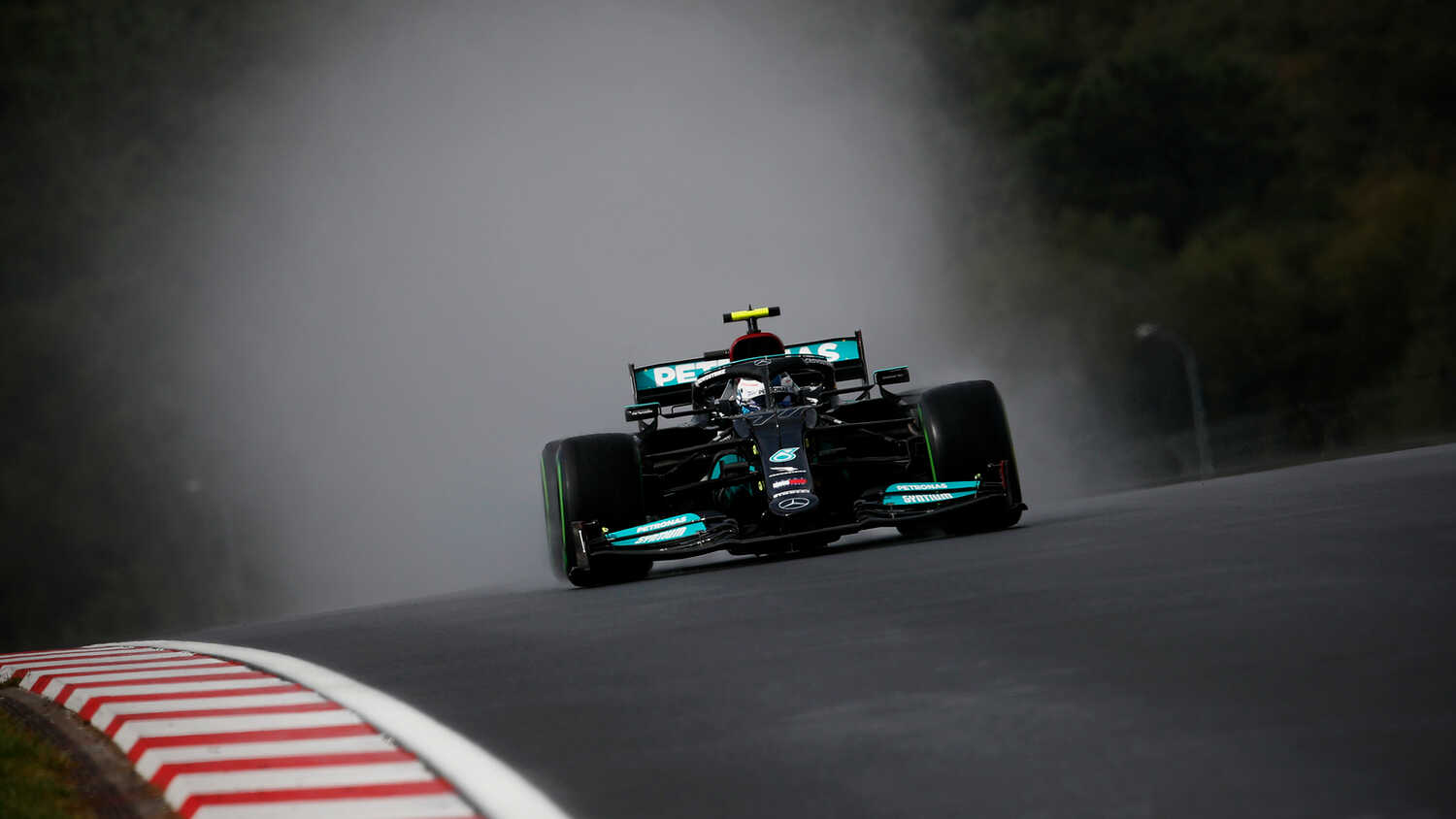 Bottas led home the Red Bulls of Max Verstappen and Sergio Perez in a tense affair at Istanbul Park, which required Intermediate tyres throughout.

Charles Leclerc and Lewis Hamilton ran long on their initial sets of Intermediates, but dropped back to fourth and fifth respectively with late stops, prompting frustrated messages over the radio from the seven-time World Champion, who loses the title lead to Verstappen.

The full results from the 2021 F1 Turkish Grand Prix can be seen below.