Valtteri Bottas has won the Turkish Grand Prix ahead of Max Verstappen, with Lewis Hamilton climbing to fifth from his 11th place grid slot. 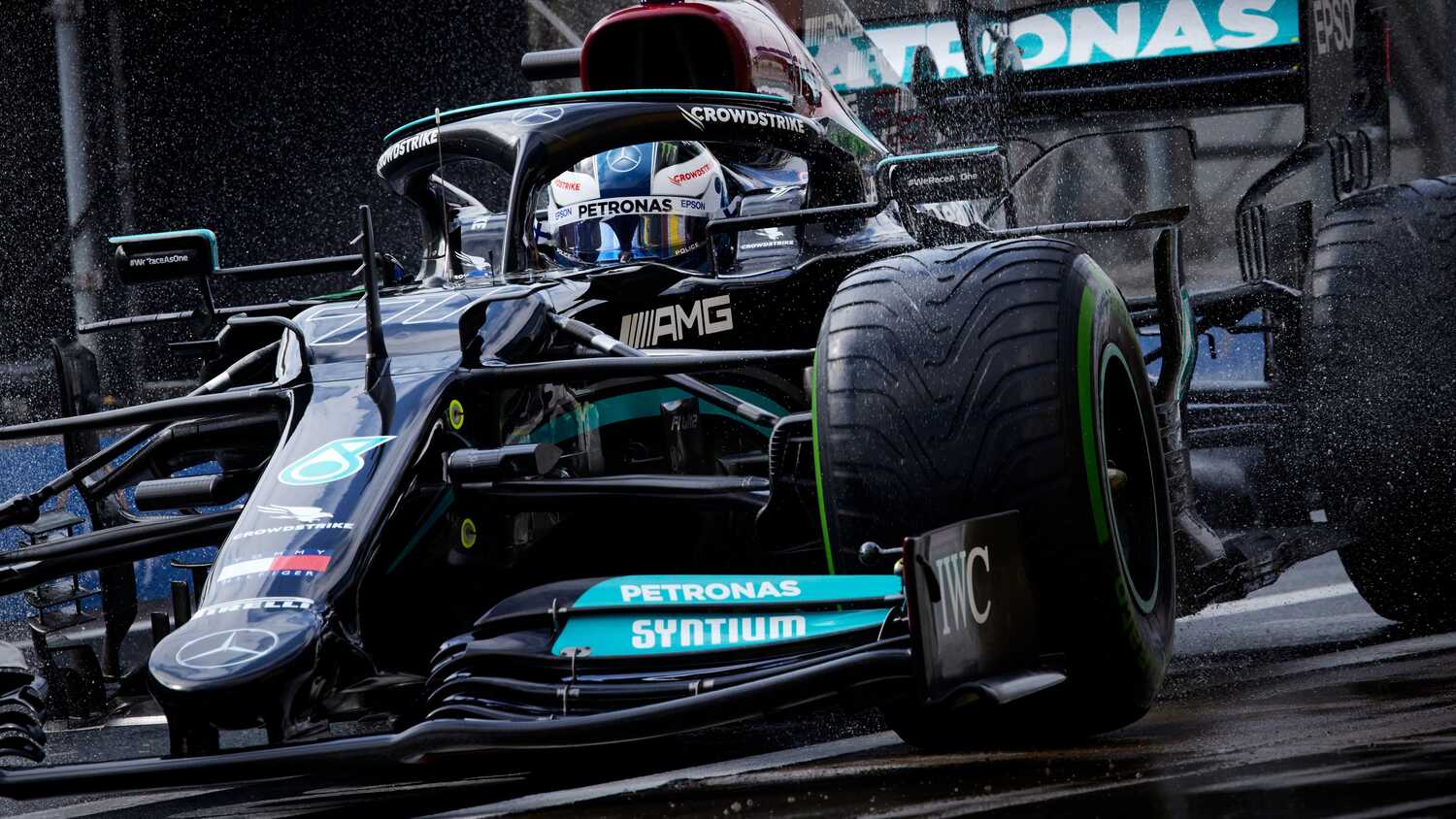 Mercedes' Valtteri Bottas has won the Turkish Grand Prix, converting his pole position start into an unchallenged lights-to-flag victory after holding the lead off the line.

Red Bull's Max Verstappen never quite looked capable of attacking Bottas for the win, but held on for second place to reclaim the lead in the Drivers' Championship over Lewis Hamilton.

Hamilton managed to finish fifth, having once looked capable of a podium finish at the mid-point of the race. Instead, the final podium place went to the other Red Bull of Sergio Perez, as the Mexican managed to hold position over Hamilton after a tremendous scrap.

The race turned out to be quite a steady affair, with the same conditions seen last season meaning that the best course of action was for drivers to stay out on track on the Intermediate tyres they started the race on.

As a result, it took until Lap 22 for the first pit-stop as McLaren's Daniel Ricciardo dived in for fresh Intermediates. However, his race pace was scarcely better than it had been on the used tyres he removed, and it took until after the halfway mark for most of the front-runners to decide to pit.

Hamilton spent the first half of the race working his way up from 11th, passing Yuki Tsunoda early on after a brief battle, before moving up to pass Lance Stroll and Lando Norris with ease. Another easy pass on Pierre Gasly was to follow, but Hamilton hit a brick wall with Perez as the pair tussled through the final sector.

Perez held firm and it was at this point that Hamilton's race started to crumble. With Verstappen the first of the leading drivers to pit on Lap 37 for fresh Intermediates, Bottas followed suit on Lap 38, while Leclerc and Hamilton opted to stay out.

Initially, this gamble looked like it might pay off, as Hamilton could be heard on team radio saying that he felt the right decision was to stay out. However, with around 10 laps to go, the old Intermediate tyres started to fade. Leclerc, who had a seven-second lead at one point, was quickly caught and passed by Bottas and Verstappen, while Mercedes opted to bring Hamilton in with eight laps to go after Ferrari had also cried enough with Leclerc.

Giving up track position seemed to annoy Hamilton once the pit-stop was complete, as he came out behind Perez and Leclerc and even briefly looked like he might fall behind Gasly and Lando Norris.

Bottas crossed the line after 58 laps to claim his first win of the season, 13 seconds ahead of Verstappen, who came home in front of Perez and Leclerc.