Seven of the craziest wing designs in F1 history

While Formula 1 is a very tightly controlled arena in terms of rules nowadays, teams have always managed to spot loopholes and grey areas in order to come up with crazy ideas. Here's seven times F1 teams thought outside the box in an attempt to get an advantage. 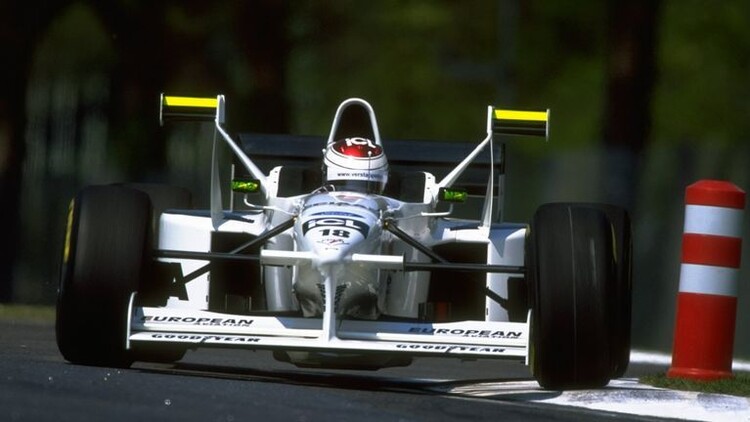 The recent flexi-wing furore might be the biggest story of the early 2021 F1 season, but it's certainly nothing compared to some of the craziest aerodynamic ideas that have been rolled out in the sport.

Let's look back at some of the occasions that F1 teams came up with something unusual to fit onto their cars.

The 2004 FW26 was launched with this monstrosity of a front wing design, but there was rationale behind the idea.

The 'twin-keel' design of the Williams was an attempt to copy innovative ideas from the likes of McLaren and Sauber, with the front wing designed to direct to the underside and help cure the innate instability that the twin-keel induced.

But, the design simply didn't work, with Williams abandoning the idea and designing a more traditional front wing for the second half of the season. By the end of the year, Williams had returned to winning ways with Juan Pablo Montoya claiming the Brazilian GP. 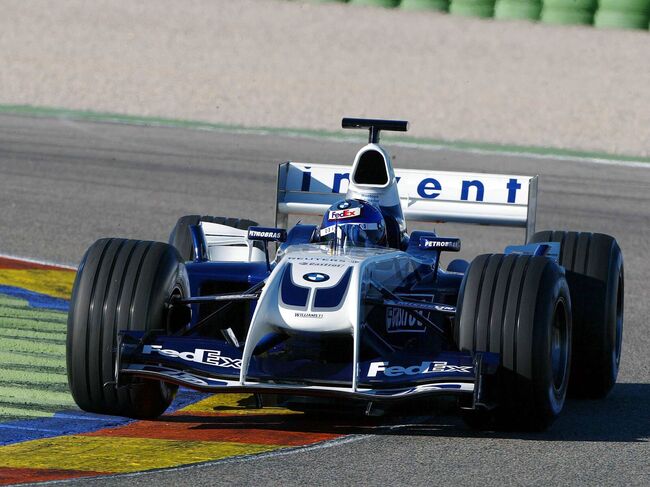 With Formula 1 moving from wide-track cars to a narrow design for 1998, as well as the introduction of grooved tyres in a bid to slow down teams and drivers, F1 teams were hunting around for various ideas to improve downforce levels.

Several teams experimented with the 'X-Wing'. These were ridiculous looking appendages that were like miniature rear wings elevated above the sidepods.

As well as looking terrible, they were eventually banned on safety grounds. This included the delicate supports failing, with parts flying off as a result, while drivers also reported compromised visibility. 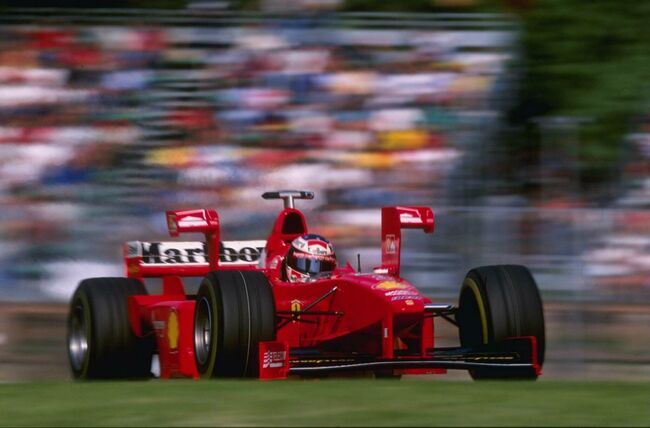 This abomination was an idea that Arrows came up with for the 2001 Monaco Grand Prix.

Funnily, it wasn't something they were serious about. In the wake of the X-wings, Arrows spotted a loophole that allowed for ridiculous ideas like this and showed up with the device in order to show off the loophole.

In response, the FIA banned it before it could be raced.

Jordan, at the same race, also showed up with a similar appendage further back towards the cockpit. This was also banned. 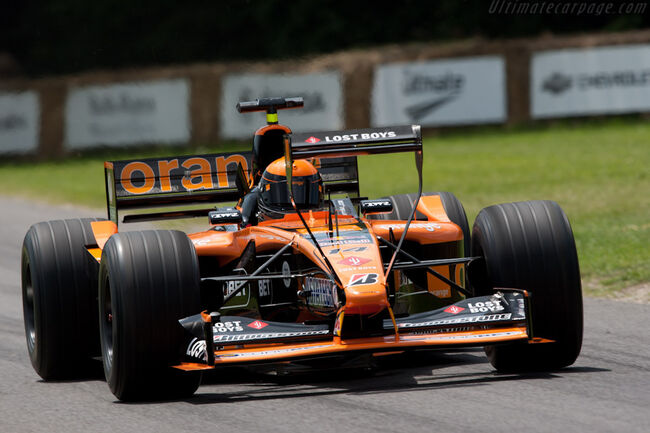 Another Jordan trying out some funky aerodynamic devices and, again, for Monte Carlo.

In 1996, Gary Anderson rolled out this extra rear wing design for the engine cover in a bid for more downforce at the circuit that needs it the most.

Rubens Barrichello duly qualified the car in sixth, although Martin Brundle could only manage 16th. Both cars would retire from the race. 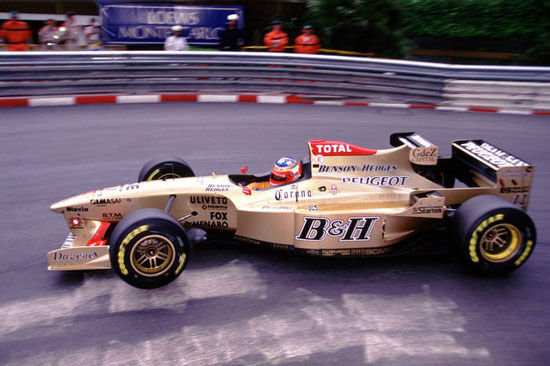 Ferrari spotted a loophole in the regulations in 1982. Noting that the rules only prescribed the maximum width of the rear wing, they showed up with two rear wings for the United States Grand Prix. After all, there was nothing in the rulebook that said they couldn't.

Gilles Villeneuve finished the race in third place, but was disqualified after a protest from Tyrrell was upheld. 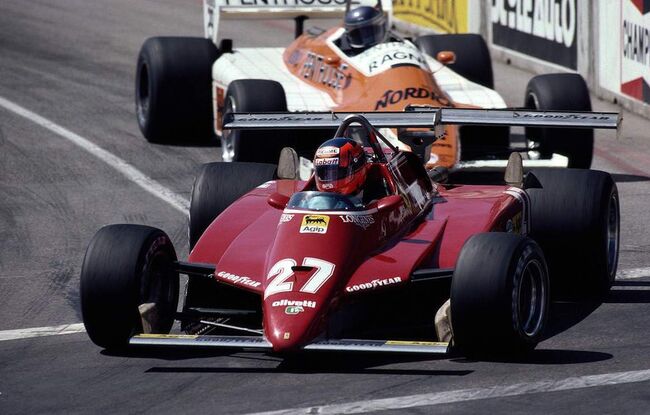 The first year of the BMW Sauber partnership saw the team have to make more than one aerodynamic tweak, with their flexing rear wings also forced to stop flexing by means of a stopper placed between the slats.

But, at the front of the car, the team also tried out a 'twin towers' idea that was rolled out for the French Grand Prix.

It had no notable effect on their competiveness, and the design was banned shortly after. 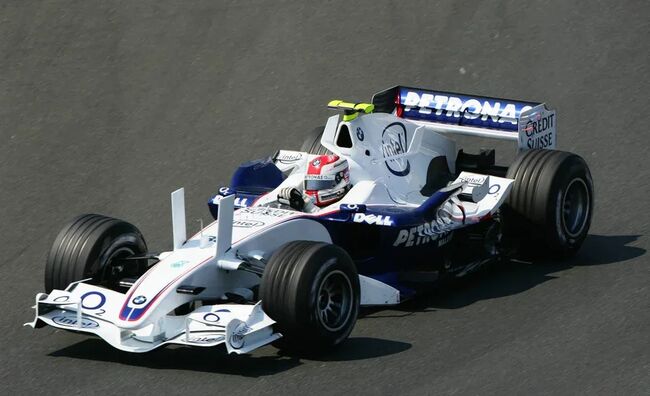 An attempt to exploit the rear wing rules by increasing the surface area back rather than out to the sides, Tyrrell came up with this unique idea during the 1983 season.

Michele Alboreto tested out the design during a test at the Osterreichring but, ultimately, it was never raced. This was down to a decision from the team, rather than a ban, meaning the merits of the idea clearly didn't work out.

After this one and only test, the 'Boomerang' was tossed aside and, unlike a real boomerang, never came back. 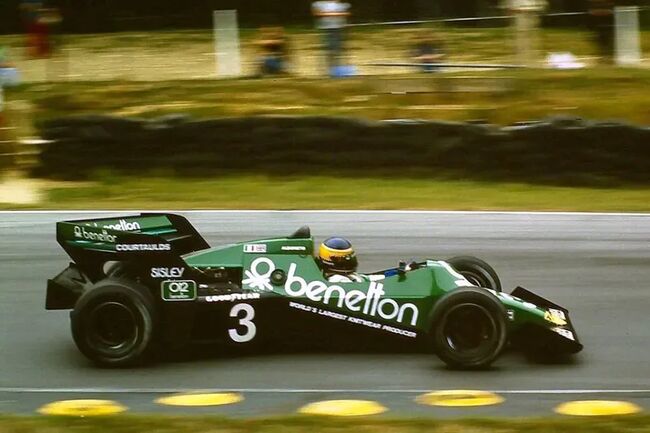