A guide to F1 tyre terminology

Formula 1 is a sport that loves technical jargon. With tyres playing such a crucial role in the modern iteration of the sport, it is only natural that they are bestowed with their own terminology. Below are a few terms that are related to the tyres found F1 cars. 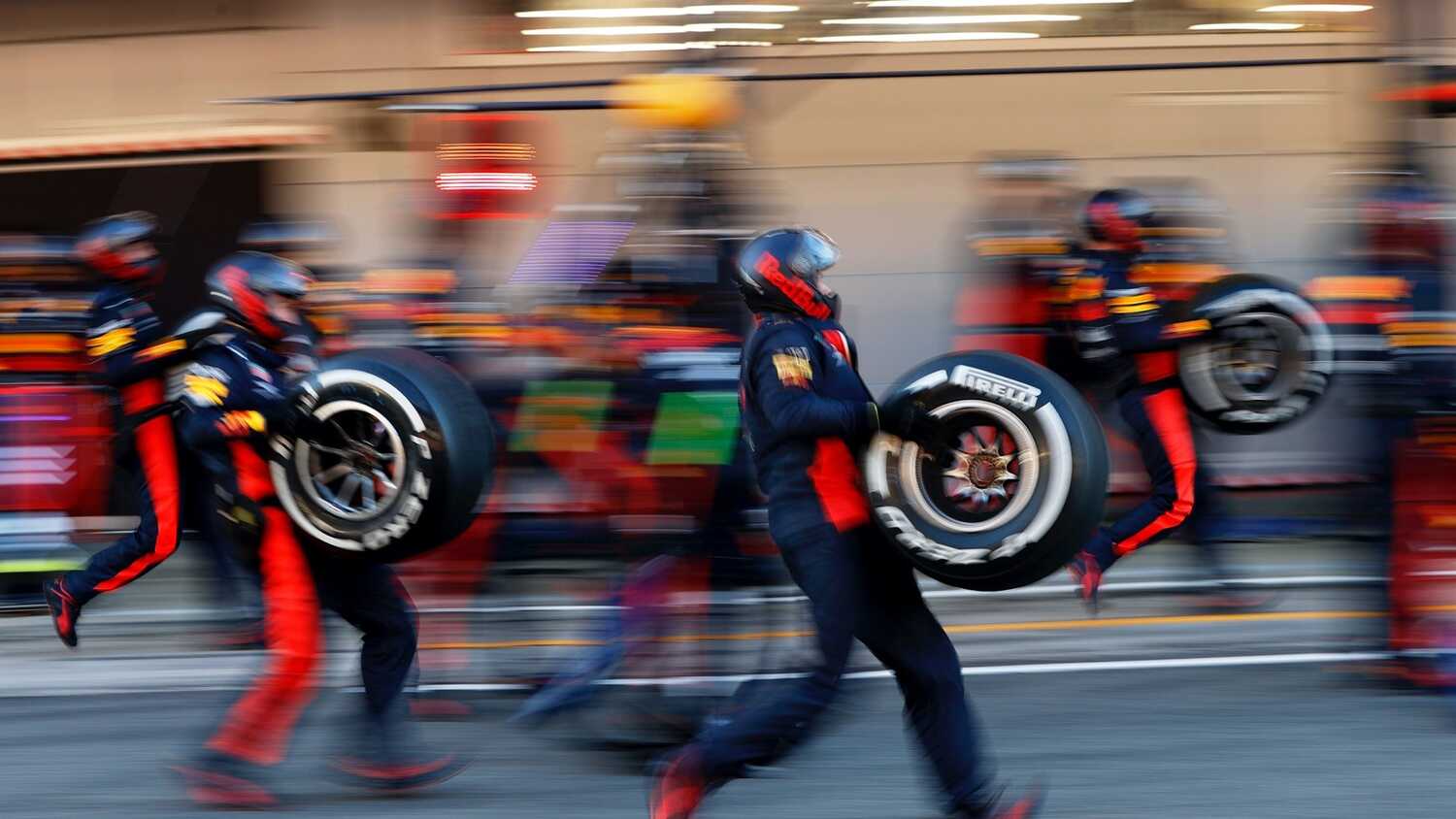 Similar to what one might experience on their hands after strenuous use, F1 tyres tend to develop 'bubbles' caused by overheating. Blisters on the tyre cause the car to lose grip and they eventually cause vibrations that make the car extremely difficult to control.

Pirelli has five different tyre compounds that they provide teams with over the course of the season. Three different compounds are chosen per race with varying levels of grip and durability. The softer the compound the better the grip (hence faster) and lower the resistance, while the harder compounds don't provide as much grip (hence slower) but usually last much longer.

The tyres used in Formula 1 all have an optimal temperature window in which they operate. If the upper limit of this threshold is crossed the tyres start to lose grip. It is important to keep in mind that degradation is not the same as wear, and tyre wear causes degradation.

When a driver brakes hard it causes the wheels on the car to lock. This act forces the tyres to lose their uniform circumference causing them to develop a flat area on their surface. A flat-spot can lead to vibrations which, in the best case, makes the car uncomfortable to drive. At worst, it can cause the suspension to fail like it did for Kimi Raikkonen during the 2005 European Grand Prix.

Unlike wear and degradation, graining can be classified as an inconvenience that a driver can recover from. Graining refers to the process by which bits of the tyre are peeled from the thread, and rather than breaking away from the tyre entirely, they stick to the surface area making it uneven and reducing a driver's grip until they are worn away.

Denoted with a green band, the intermediate tyres, or "inters" as they are popularly called, are tyres that are used on a wet track that is drying. While they are no good at dealing with standing water, they are quicker than full wet tyres on a damp track.

Another name for dry tyres. Teams are allocated 13 sets of these tyres per race and they are broken up into soft (red band), medium (yellow band), and hard (white band) compounds.

The FIA rule book mandates that each team is allowed 20 sets of tyres during a race weekend. These are broken up into 13 sets of dry tyres, which are split into three different compounds, four sets of intermediates, and three sets of wets. Of the 13 sets of dry tyres, the teams must hand Pirelli back two sets per session leaving them with seven sets to choose from for qualifying and the race. The usual method for selection is five sets of soft, with one set of both medium and hard tyres, though not all teams follow this combination.

Wear refers to the process through which a tyre starts to lose its thread due to the continuous friction caused by hitting the surface of the track. A driver changes their tyres via a pitstop once the wear becomes detrimental to their performance. As discussed above, excessive wear can lead to degradation as there is less material to dissipate the heat being generated.

Denoted with a blue band, these tyres are used during a downpour. Pirelli's wet weather tyres are 10mm wider than their slick counterparts and are designed to last the entirety of the race, that being said, they do wear out quickly if the track starts to dry.