Lewis Hamilton topped second practice for the Abu Dhabi Grand Prix. Check out the full results from FP2 at the Yas Marina Circuit below. 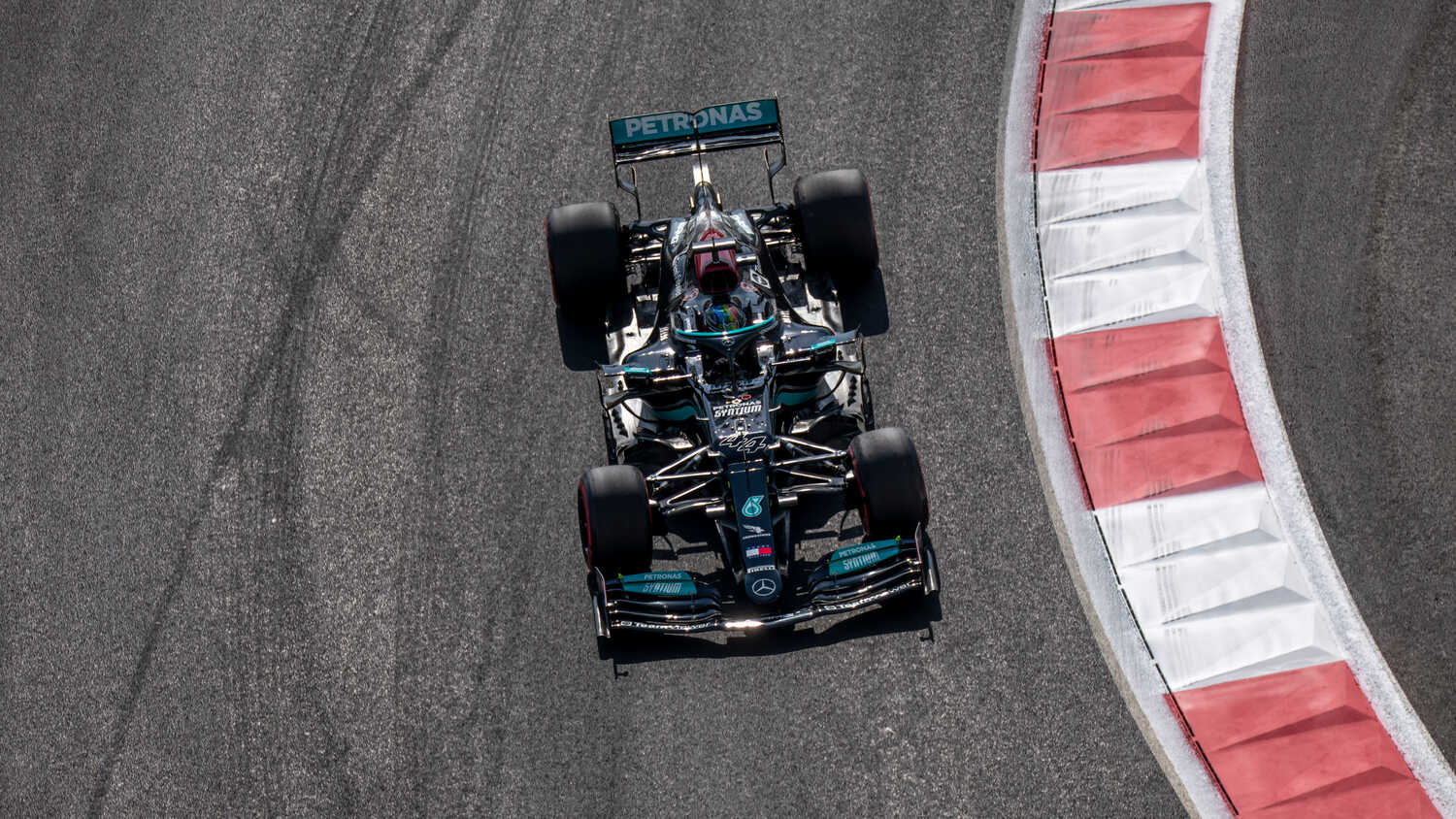 Lewis Hamilton moved to the fore during second practice for the Abu Dhabi Grand Prix.

Hamilton's title rival, Max Verstappen, set the pace in FP1 earlier on Friday, but the pecking order changed as the sun set and the floodlights came on at the Yas Marina Circuit.

Hamilton worked his way down to a time of 1:23.691 to finish three-tenths clear of Alpine's Esteban Ocon, with Valtteri Bottas completing the top three in the other Mercedes.

Verstappen wound up fourth, more than half a second back, having been unable to find much time on the Soft compound tyre, with Red Bull teammate Sergio Perez fifth.

The full results from FP2 for the Abu Dhabi GP can be seen below.