Why Sprint Qualifying is a headache for the engine suppliers

Honda have explained why the change of weekend format to include Sprint Qualifying is proving to be a challenge, in terms of preparation and reliability. 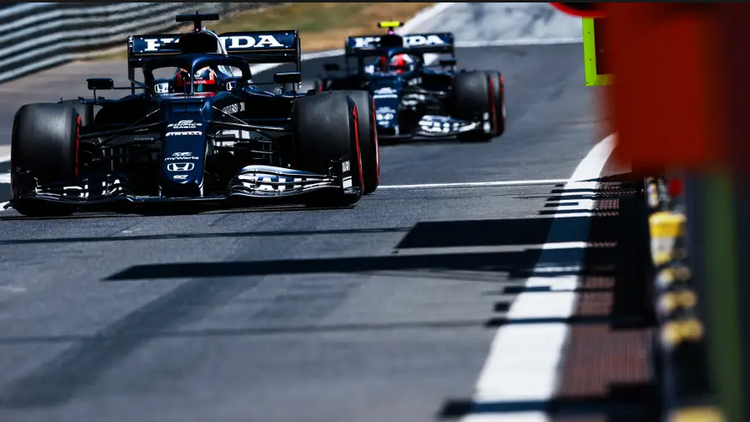 Honda have explained some of the hidden challenges behind the introduction of Sprint Qualifying, with the new qualifying format making its debut at this weekend's British Grand Prix.

The change of weekend format sees traditional qualifying move to Friday afternoon, with the grid for the Grand Prix on Sunday determined by the finishing order of Saturday's Sprint Qualifying. The more aggressive weekend schedule, together with the introduction of parc ferme conditions from Friday afternoon, means its a headache for the teams and the engine suppliers.

“Because FP1 is the only time where we can try and find suitable settings for the race, our simulations in the factory before coming to the circuit will be crucial,” Honda's AlphaTauri chief engineer Masamitsu Motohashi explained.

“Having to decide thepower unit settings just after FP1 is something we have never tried, but we are trying to do the simulation as accurately as possible."

Honda supply both Red Bull teams and, with Max Verstappen leading the Driver's Championship, Motohashi-san explained that there are obvious reliability challenges that have to be taken into consideration.

“From a reliability point of view, it’ll be tougher than a normal weekend because of the Sprint, which means running the PU in race mode for a longer period of time," he said.

“And while it is not critical nor directly impacting on this weekend, but as we are only allowed a limited number of power units in a year, we will need to take it into consideration when we think of the PU allocation plan for the season.”

"In the past, we might have used older power unit components during Friday practice and then changed them overnight ahead of qualifying on a Saturday, but the new schedule makes such an approach much harder, with parc ferme starting at the start of qualifying on Friday.

"That reduces what we can do as a result of what is learned in FP2 on Saturday, but there is still some value to the extra practice running even after qualifying has taken place."

Motohashi-san pointed out that there is little point to the second free practice session on Saturday morning, given that the cars are in parc ferme conditions, and that the timing of the sessions means it's too challenging to switch out power units as would be optimal.

“Technically it is allowed to use a different PU in FP1 and FP2 to the qualifying, sprint and grand prix," he said.

"But this means we will need to switch PU after FP1 or FP2 which is going to be quite tough considering the time limitations.

“There is not much we can do as basically everything has to be set after FP1. It sounds like there’s no value in FP2 as we cannot change any settings after that, but actually both the team and ourselves can try various things there to understand the behaviour of the car and tyres etc in different conditions to FP1, which will be good a reference to consider for the race strategy.”