Why wasn't Hamilton punished for exceeding track limits, while Verstappen was?

Max Verstappen briefly took the lead of the Bahrain Grand Prix with three laps to go, but was forced to yield after exceeding track limits while doing so. 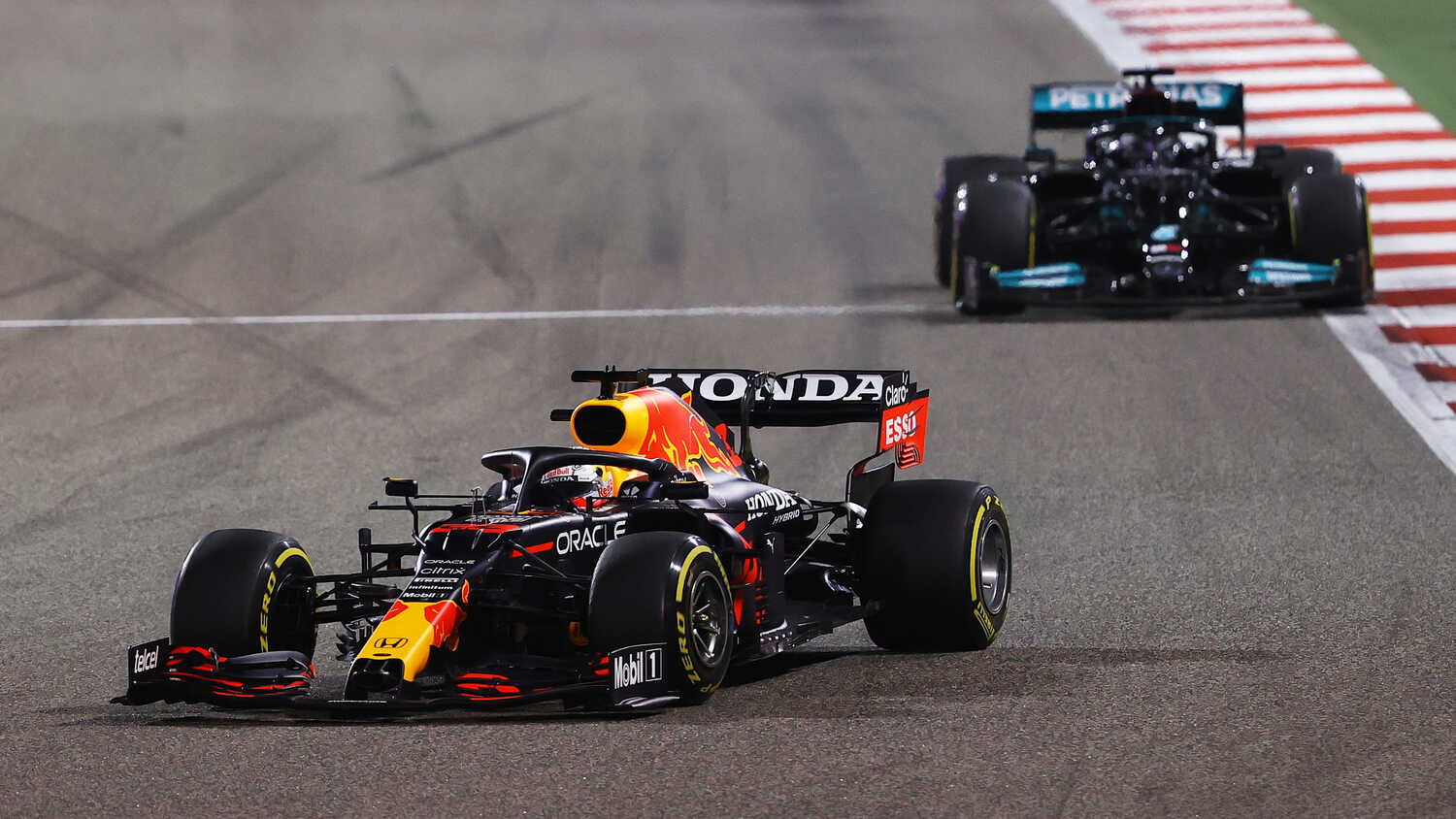 Max Verstappen was forced to give up the lead of the Bahrain Grand Prix, moments after sweeping around the outside of Lewis Hamilton to take top spot with three laps to go.

Having run marginally wide at the exit of Turn 4 to hold onto the position, Red Bull radioed their driver to give back the place and try to take the lead again without any doubts over the passes' legality.

Verstappen fell in behind Hamilton again but, with ailing tyres, wasn't able to get back past the Mercedes driver.

"I'd prefer to have finished first and then gotten a penalty, than finish second," Verstappen explained to Ziggo Sport afterwards.

"That's how I think about it, of course, not everyone has to agree".

It's a fair argument to make from Verstappen, seeing as there wasn't any danger of him losing further positions with Valtteri Bottas 37 seconds behind in third place.

Finishing first on track would have ensured a stewards' enquiry, with any penalty resulting in Verstappen being demoted to second, where he finished anyway.

It's a particularly contentious decision as, earlier in the race, Verstappen was being far more obedient than the Merc drivers with regard to track limits at that corner.

Indeed, Verstappen had to be told over team radio to be more aggressive with the limits as the two Mercedes drivers consistently ran wide as they desired, while Hamilton had to be told to reign in his approach to the corner under threat of being given a penalty.

FIA Race Director Michael Masi issued a bulletin ahead of the race to say that the track limits would not be monitored at that corner, with regard to setting a laptime, but reminded the drivers the Sporting Regulations for track limits still applied.

Viewing the applicable part of the Sporting Regulations, the crucial wording is that "If a car leaves the track (as Verstappen had technically done), the driver may re-join when it's safe to do so and without gaining any lasting advantage.

"At the discretion of the Race Director, a driver may be given the opportunity to give back the whole of any advantage gained by leaving the track."

It's in such details that it meant Hamilton running continuously wide at Turn 4 throughout the first half of the race meant he went unpunished while Verstappen, much more respectful of the limits at the same corner throughout, was forced to yield as he had gained a lasting advantage.

The ambiguity of the FIA's approach to track limits has left a sour taste in the mouth as a result.

Starting off the weekend, track limits weren't monitored there but then, suddenly, they were, but only for practice and qualifying.

As for the limits for the race itself, how many times did Lewis Hamilton run wide to gain a fraction of a second? Video evidence suggests 29 times. While small gains, it adds up. Even a tenth of a second each lap would equate to over two seconds.

Is this not viewed as being a lasting advantage, given that Lewis crossed the finishing line just 0.7 seconds in front of Verstappen? Without Hamilton gaining that time, wouldn't he have been in Verstappen's clutches earlier, and for longer?

"Nothing changed at all." Race Director Michael Masi explained afterwards.

"We had two people that were looking in that area [Turn 4], every car every lap, and pretty much every car, bar one, was doing the right thing within what we expected in a general sequence.

"There was the occasional car that had a bit of a moment and went out there but it wasn't a constant thing."

"With regard to the tolerance given to people running outside of the
track limits during the race, it was mentioned very clearly in the
Friday driver's meeting in the notes that it would not be monitored with
regards to setting the lap time, so to speak.

There was no set amount of times outlined as to how many times a driver could push the limit without punishment. Instead, it was a vague 'that's enough now' midway through the race. A 'three strikes and you're out' approach from the very first lap would have cleared up a lot of the mess the FIA created through their lacklustre approach.

On this occasion, track limits have played a crucial part in deciding the outcome of the race. In a sport that defines and prescribes every little detail of the Technical Regulations, it's critical that an obvious gap in the Sporting Regulations like this is plugged, and soon.