Why is F1 evaluating a ban on wind tunnels?

The discussion about an eventual ban on wind tunnel use has come to the fore again, with F1 evaluating a ban on the use of such facilities by the year 2030. But is such a ban being discussed? 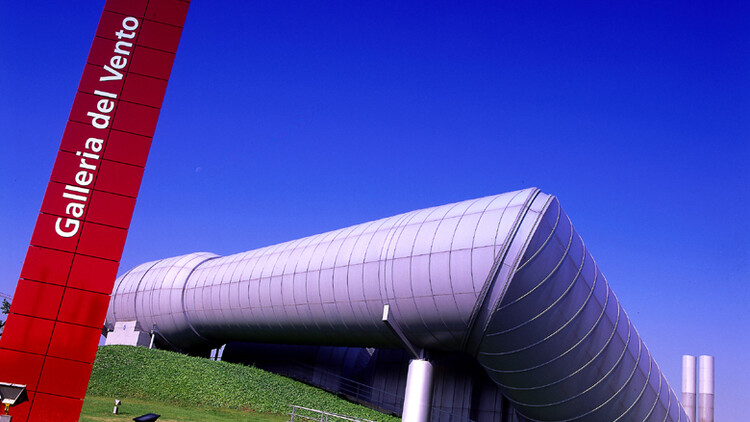 Formula 1 is considering a ban on the use of wind tunnels for aerodynamic testing at some point within the next decade, with 2030 the mooted date for such a massive rule change.

Wind tunnels have become de rigeur in Formula 1 over the past 35 years, with most teams now having such a facility at their factories. Wind tunnels, using scale models, allow teams to evaluate and quantify how air flows over their car designs. This, in theory, allows for real-world analysis of how well the car's aerodynamics works as well as for evaluation of updates throughout a season.

But there is a significant cost of running such a facility. There's the obvious cost of building such a facility in the first place, on top of the costs of the personnel to operate it, building proper scale models in accordance with the regulations, as well as astronomical electricity costs to simulate windspeeds representative of a Formula 1 race.

But there's change in the air, particularly in light of the newly introduced budget cap and restrictions on aerodynamic testing, so let's explain what's going on.

The days of a Formula 1 team running their wind tunnel as often as they want are long gone. Big teams could afford to run different shifts to keep their tunnel operating 24/7 in the bid to find extra tenths, but restrictions have crept in recent years.

In 2019 and 2020, teams were permitted 65 runs per week in the wind tunnel. This was regardless of whether the team owned their own tunnel, or rented out an external facility.

From 2021, teams are now permitted just 40 runs per week. But, the newly introduced ATR rules further prohibit teams, on a sliding scale. For instance, Mercedes are allowed 90 percent, or 36 runs, this year. This is due to their position in the Constructor's Championship in 2020. The second placed team gets a slightly higher allowance, all the way down to the back of the grid.

This means that Williams and Haas get up to 10 extra runs in the wind tunnel over the course of this season.

But these restrictions will get far more stringent next year, further reducing the amount of runs the teams get. For instance, if Mercedes were to win the title this year, they would only be permitted 28 runs next season. That's just 45 percent of what they could do in 2020.

With the newly introduced budget cap also set to become more restrictive, F1 is looking to the future and ways to ban the use of wind tunnels outright. This means looking to CFD (Computational Fluid Dynamics) software for designing every single part of a car's aerodynamic package, a contentious decision if there's no way for teams to test their designs outside of a race weekend.

A tentative vote on the subject in 2020 saw a reported eight of the ten teams vote in favour of introducing a ban, and some of the team bosses spoke about the issue over the Monaco weekend.

"Well, it’s a topic I brought up a few months ago to say take a longer term view because a wind tunnel isn’t particularly efficient," said Red Bull boss Christian Horner in Monaco.

"It’s not very environmentally friendly and with the world evolving in simulations, the tools, the way that CFD is evolving so rapidly – for example, the [Aston Martin] Valkyrie was developed… it never went in a wind tunnel once during its whole development phase – and I think if you take a 10-year view on this, so it’s far enough out that these effectively dinosaurs of machinery that are heavily consuming electricity and power become a thing of the past and Formula 1 should be the cutting edge of technology."

Alpine CEO Laurent Rossi agreed, but said that there's the obvious issue of ensuring that CFD software is far enough advanced to be able to ensure correlation issues don't cause safety hazards. After all, there can be such issues even with wind tunnel testing and a team rolling out an upgrade package that unknowingly causes handling issues could be a major problem.

"Now, it remains to be seen what the CFD to track reliability is, and I think we’re not there yet, to the point that we can just get rid of the wind tunnel altogether.

"So, I guess at some point we might phase it out with progress of simulation but in the meantime it will probably rely on the measures that are in place now – the ATR and such – which are limiting the number of hours, which is already a step in the good direction."

Mercedes' Toto Wolff and McLaren's Andreas Seidl both agreed with the eventual shift away from wind tunnels, while Williams' Jost Capito and Ferrari's Mattia Binotto were more cagey about the speed of introduction.

Binotto said "I don’t think the times are mature today for a decision. I think it’s right to discuss it but I think the testing is part of our normal engineering process, so for today, it’s important to have the wind tunnel, and let’s see how much simulation will develop in the future."

Aston Martin are in the process of building a new factory, replete with a new wind tunnel, meaning it's quite likely they would like the regulations to not change too soon to ensure maximum return on investment. Otmar Szafnauer revealed the rough cost of running a wind tunnel is around 10 million dollars a year, but that the real cost is in making the scale parts for testing - this accounting for some 80 percent of that figure.

"Running a tunnel doesn't cost you that much. It's just the electricity," he told the media, including RacingNews365.

"The expensive bit of running a tunnel programme is actually making the model parts that you have to put in the tunnel. That's the expensive part. So if you get rid of tunnel testing, you can certainly save some money.

"But then there'll always be unintended consequences of not getting really what you want on the car and then you run it for the first time and that's not good. And then you throw all those parts out and what you did in the tunnel, you're now doing on track. And that's 100% car parts and they're more expensive and so won't be completely 100% saving of what you now spend in the tunnel."

Realistically, a move away from wind tunnels towards a software-based development model seems to be more of a matter of time, particularly as CFD continues to improve over the next decade.

"We’re seeing more and more investment from the tech sector, said Horner, " so why not be the showcase for that tech, with Formula 1 and I think if it is something like 10 years away, then there’s a glide path towards it that every team knows it’s coming and you adjust your investment over the period of time accordingly."