With Ferrari recently announcing that Jock Clear’s role as a driver coach is to be expanded, it appears that this form of coaching is on the rise. Yet, unlike other sports, F1 seems to have long held a reluctance towards using coaches in this way. What are the reasons for this, and why does it seem to be changing? 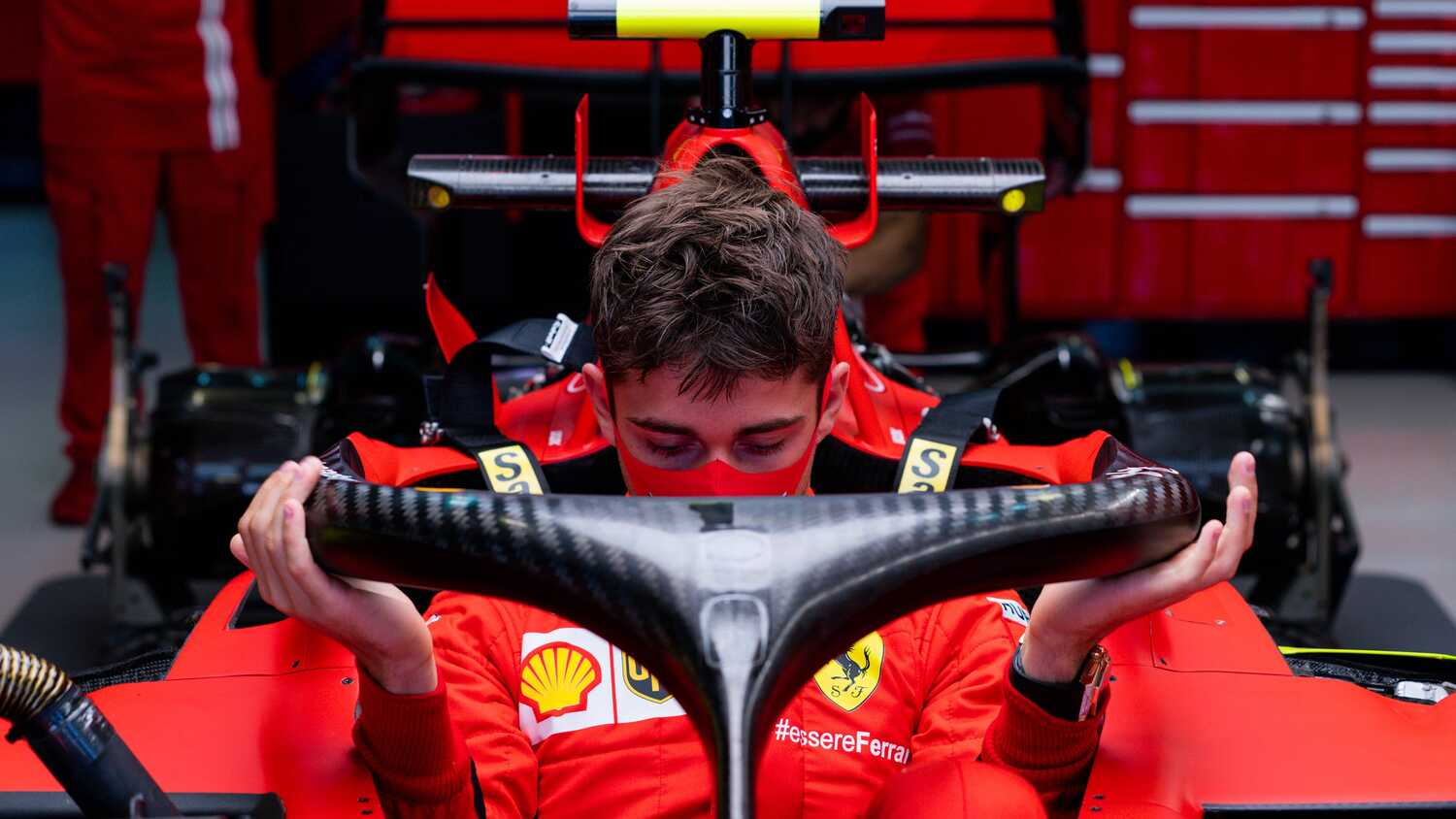 The role of the F1 driver coach has come into the spotlight recently. Ferrari have announced that veteran engineer Jock Clear will not only continue to hold this role in the main team in 2021 but that he will also now work with the Ferrari Driver Academy. Meanwhile Williams confirmed the appointment of Jenson Button as a senior adviser to the team; whilst this differs from being a coach, Button will offer support to the British outfit’s race and academy drivers in his new position.

But what exactly is a driver coach? Ferrari boss Mattia Binotto shed some light on the duties involved when discussing Clear’s work, which previously involved supporting Charles Leclerc when he made his debut with Ferrari in 2019.

"The driver coach is an engineer who is supporting the drivers in order to perform in terms of driving to their best," Binotto was quoted by Formula 1. "He looks at their lines, looks at the way they are braking through the corner, accelerating, and managing tyres.

"They are there to support the race engineers, performance engineers and drivers, to make sure that the driver is developing well."

Binotto added in regards to Clear now supporting the FDA as well as continuing his work with Leclerc: “The role of Jock will be to assist all these drivers to develop themselves as drivers, and try to exploit the most of their potential.”

This explanation from Binotto is helpful, as driver coaching has rarely been discussed in relation to Formula 1. In many sports, coaches are seen as a vital asset and hold a visible presence - take tennis, for example. But this has not been the case in F1.

Coaching in other disciplines

Interestingly, other disciplines of motorsport differ from Formula 1 in that coaches play a key role. In MotoGP - the premier class of motorcycle racing - rider coaches are commonplace and can often be seen by the rider’s side in the garage. And this does not just apply to younger stars of the sport; even the most experienced names like Valentino Rossi employ a rider coach.

So important is this role that, when Rossi announced his switch from the factory Yahama outfit to the Petronas SRT Yamaha squad for the 2021 season, he confirmed that his crew chief and rider coach would be the only members of his current team to make the move with him.

It is practically unheard of for an F1 driver to be seen engaging with a driver coach in the garage in the way of MotoGP. Drivers may have a performance coach alongside them - the term used for a trainer who works with them in supporting their physical health - or they might work closely with particular engineers. But if any drivers do employ the services of a driver coach, there appears to be a reluctance for it to be out in the open in this way.

So where has this reluctance come from? It would be easy to put it down to being a attitude passed on by previous generations; perhaps an outdated “macho” idea of the driver wanting to do it alone, to not be seen to need support. But this doesn’t entirely stand. Sir Jackie Stewart - one of the most respected drivers in the sport’s history, who won three world championships during the particularly dangerous 1960s and 1970s era - has previously called for F1 to use driver coaches much more.

"I simply don't understand it to this day. Racing drivers are so clever that they don't need coaches. [It is] absolutely wrong,” Stewart told Autosport in 2019. "There is not a single driver at the highest peak of his skills who would not be assisted by wisdom and observations that he probably had never thought of.

"You go to skiing, golf, tennis, equestrian, anything you like to think of - and coaching is just one of the most important things. Now they [F1 drivers] are fit and they have coaches to help them with their physical condition, but not their mental ability. And I think that's completely wrong."

The issues for drivers

What could be the reasons behind F1 drivers’ reluctance to employ a coach? As Stewart alluded to, the biggest names in the sport openly accept engineering-related guidance from the pit crew and physical and nutritional support from performance trainers, but appear less keen to receive a more personally tailored approach towards their driving.

Driver coaches highlight personal strengths and weaknesses, and perhaps this is a reason that drivers do not particularly want this advice. Most Formula 1 drivers believe they are the best, and so they are unlikely to enjoy having their areas for improvement pointed out by somebody who is not driving the car or at least working on it.

Additionally, the identity of the coach plays a part here. With the sport moving at such a fast pace of development, a driver coach needs to have the most up-to-date knowledge on what the driver is dealing with. Ideally, then, the role is most suited to somebody who has very recently competed themselves, or who has firsthand expertise of the cars - hence the decision to use Clear, a vastly experienced engineer, as a driver coach at Ferrari.

Another issue is that, in the modern era of Formula 1, there is perhaps a sensitivity on the drivers’ part around criticisms over how much input others give. Unlike in previous generations, F1 drivers now receive a lot of support from the pit wall when driving, both electronically and via radio communications; this has led to some naysayers suggesting that drivers now barely race the cars themselves.

With this in mind, drivers may fear that seeking the support of a coach to work on their race craft - the one thing that they alone are in control of, it could be argued - would only add to this criticism. They want to show that their racing prowess is solely down to them, with no help needed. Maybe the fear is that, if others know they are being supported by a driver coach, it hints at a weakness, a chink in the armour.

Herein lies a wider problem within F1 - the reluctance to address mental health. For many years, this aspect of a racing driver’s psyche rarely seemed to be discussed at all, and things have been slow to change. Romain Grosjean was one of the few drivers in recent times to describe seeking the support of a sports psychologist, something he said he would continue to do following his horrifying crash at the 2020 Bahrain Grand Prix.

Meanwhile Nico Rosberg has admitted that he entailed the services of a sports psychologist “every second day” during 2016, the year in which he won the world championship following an intense battle with Lewis Hamilton. Rosberg only spoke of this after the fact, though - and it is something that Valtteri Bottas, the man who replaced Rosberg as Hamilton’s teammate, went on to rule out doing himself.

Fortunately this attitude does appear to be slowly changing. McLaren announced mental health charity Mind as one of their key sponsors in 2020, something that led to driver Lando Norris sharing his own story of struggling with anxiety and self-belief during his debut season at the team in 2019. The Briton spoke of using a mind coach until the end of the year, and credited this with enabling him to take responsibility for his mental health from then onwards.

The potential for driver coaches to encompass the mental aspects of driving as well as the technical seems particularly prominent right now. During the 2020 season, drivers were forced to live a more isolated life than usual owing to the coronavirus pandemic, resulting in many relying on trainers and engineers as a support network when travelling. There is definite scope for the driver coach to be a part of this.

Perhaps this is why driver coaching is now playing such a prominent role in young driver programmes. The cutthroat nature of Formula 1 is challenging for anybody to navigate, and it can be a particularly tough journey for younger stars - Alex Albon’s recent situation is a prime example. Surely utilising the support of coaches like Jock Clear can only be a good thing in addressing the psychological role played in driving as well as the technical.

So far the evidence for use of a driver coach seems positive; Charles Leclerc has flourished at Ferrari whilst working with Clear, and the Ferrari Driver Academy is currently proving highly successful, with its recent protegees including new Haas driver Mick Schumacher. Meanwhile it seems likely that Williams’ young racers will benefit from the insight that Jenson Button will bring to the team. But whether some of Formula 1’s more experienced names would consider embracing the services of a driver coach remains to be seen.