Why did Red Bull lash out at Tsunoda after qualifying blunder?

Red Bull weren't shy about throwing one of their own drivers under the bus after he inadvertently cost Sergio Perez and Max Verstappen their second runs in Q3 in Mexico. 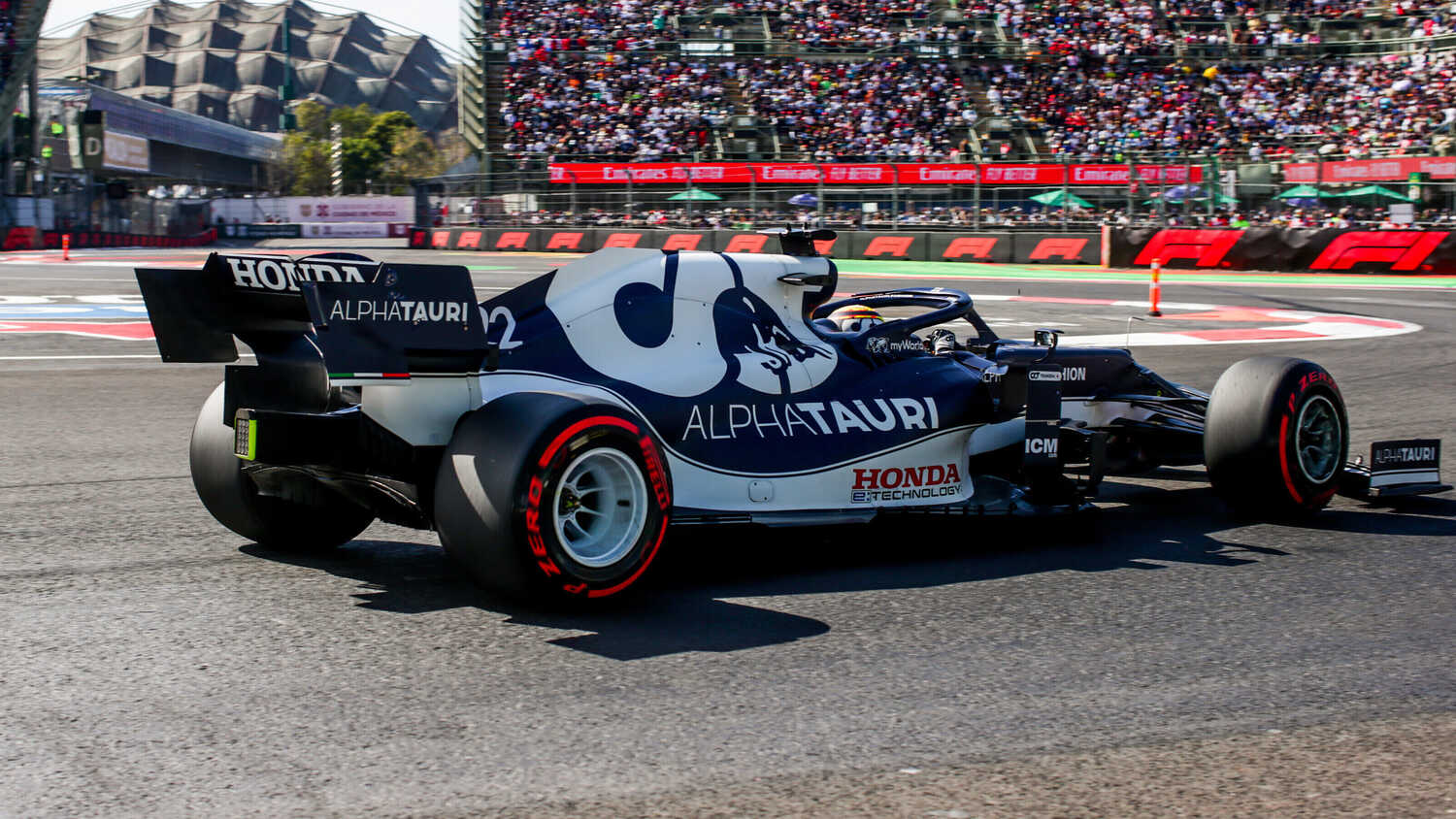 Red Bull wasted no time in lashing out at junior driver Yuki Tsunoda after the Japanese rookie inadvertently cost both Red Bulls the opportunity to improve on their final, crucial qualifying laps in Q3.

Tsunoda, who is serving a grid penalty for an engine change this weekend, was sent out on track for Q3 with the sole purpose of giving his teammate, Pierre Gasly, a tow down the main straight in a bid to improve the French driver's qualifying position.

His task complete, Tsunoda slowed and was driving cautiously back around to the pits when he reached the high-speed esses section. Being told by his race engineer that the two Red Bull drivers were approaching quickly from behind on their final flying laps, Tsunoda drove onto the escape area to get out of the way. Unfortunately, this still distracted Sergio Perez, with the Mexican going off in sympathy and only barely managing to avoid hitting the AlphaTauri.

Max Verstappen, approaching at speed, didn't quite know what was going on as he flew into the same corner sequence, and backed off just enough to ruin his lap, despite no yellow flags.

It was a disastrous end result for Red Bull, with Verstappen believing he was on course to be in the mix for pole position had his final lap not been ruined.

Red Bull's management were quick to point the finger at Tsunoda for costing them so badly, with team boss Christian Horner even using his name as a verb to really drive the point home.

"I think we got Tsunoda'd," Horner told Sky Sports F1.

"Both drivers were up on their last lap. Max was up two-and-a-half-tenths, I think Checo [Perez] was just under two-tenths up, and I don't understand why he [Tsunoda] was just cruising around at that part of the circuit.

"It was disappointing, because it affected both the drivers. They're both pretty annoyed, but we're still [on the] second row of the grid and we can have a great race from there."

"He had no business there anymore. All he had to do was give Gasly a tow," he said.

"I don't know what he did there or what his race engineer said to him."

Were Red Bull right to lash out?

Red Bull's anger most likely stems from internal frustration, given that the team appeared to drop the ball on their first runs in Q3. Having put all the pressure on themselves by falling short, it meant that their frustrations were given a focal point when Tsunoda distracted Perez.

Granted, how Tsunoda approached his in-lap was far from ideal. Given that he knew the two Red Bulls were approaching at speed, and being given a countdown of how many seconds behind they were, going off the track in a high-speed, high-commitment sequence of corners would certainly have been a distraction for any drivers coming across him. It was just Tsunoda's bad luck that it was his two stablemates, at the climactic moment of qualifying.

Speaking to media afterwards, Tsunoda was mortified as he genuinely didn't seem to realise what he had caused.

"I didn't mess up the Red Bulls, he [Perez] just made a mistake by himself," Tsunoda told media, including RacingNews365.com.

"I heard a countdown (referring to how close cars behind are approaching) but I was in Sector 2. I don't know what else I should do. Do you guys [journalists] think I did the wrong thing?

"I'm a bit worried now because I'll have to discuss this with Red Bull, but I didn't do anything wrong."

Red Bull's anger may stretch back further than just this isolated incident. Tsunoda has had a hugely problematic debut year in Formula 1, with the first half of the season marred by multiple crashes and incidents, as well as a frustrating attitude which resulted in plenty of tension-filled radio messages. But Red Bull have been uncharacteristically patient with Tsunoda, perhaps learning from mistakes made in the past with young drivers.

Moving him to Italy for more strict supervision by AlphaTauri team boss Franz Tost, Tsunoda was given a second year's contract at the team for 2022. This even seemed to surprise the rookie, but Red Bull lined up Alex Albon as a mentor figure for him to help calm his driving.

However, Tsunoda's actions in the United States two weeks also caught the eye of Red Bull. Verstappen, leading the race under huge pressure from the chasing Lewis Hamilton, caught Tsunoda to lap him right at the end of the race, only to find his stablemate less than willing to jump out of the way. It cost Verstappen crucial time at an inopportune moment, and the incident was copped by Horner.

Up until Q3, Mexico has been one of Tsunoda's most competitive weekends in a long time. Things appeared to be on the up, until that moment of brain-fade from him.

While there was no ill will on his part, the wiser option would have been to go full speed through the esses, and then relinquish the space to the following Red Bulls. But he didn't do that and Red Bull's frustration with him, after showing him such patience, boiled over.

Tsunoda's actions have earned the sympathy of most fans and, astonishingly for a driver on another team's junior programme, even garnered a message of support from Mercedes.

Given how Red Bull have treated junior drivers in the past, their anger towards Tsunoda was an ugly reminder of what they are capable of saying and doing when the pressure ramps up.

Throwing their very young, very inexperienced driver firmly under the bus was reminiscent of the attitudes they have desperately sought to shake off in the past two years, and Tsunoda's worry shows the level of fear Red Bull are able to instil in their juniors.

Tsunoda didn't drive particularly smartly during that qualifying incident, but he surely didn't deserve the public dressing down he got from Horner and Marko.

The gracious thing to do would have been to admit that the team simply underperformed in qualifying, and advise Tsunoda on how he could have handled returning to the pits in a wiser manner. But the fact that they didn't shows the level of pressure they're under at this crunch time of the championship, and did nothing but drive a wedge between the two Red Bull teams.

Certainly, AlphaTauri boss Franz Tost was less than impressed by the attitudes shown by the senior team, and leapt to the defence of Tsunoda.

"We said to him [Tsunoda] on the radio that, 'The Red Bulls are coming', and he just goes off the track [so] that they could pass easily, and Perez followed him," Tost told media, including RacingNews365.com.

"It's not Yuki's fault. He didn't make a mistake. He did it deliberately. We said to him, 'The Red Bulls are coming, Perez is coming', and he deliberately went to the side [to] not to disturb them, or not to be in front of them.

"To be honest, I absolutely don't understand why Perez went also off the track there. Yuki went to the side, as all the drivers do in qualifying to make [space] for the cars which are coming behind on a qualifying lap.

"He was not on a qualifying lap. [It's] as easy as that. Therefore, I don't understand anything about this."