What are the biggest changes being made to F1 cars for 2022?

Formula 1's 2022 cars will look and drive completely differently to the old machines, as the sport heralds a new era of technological advancement. 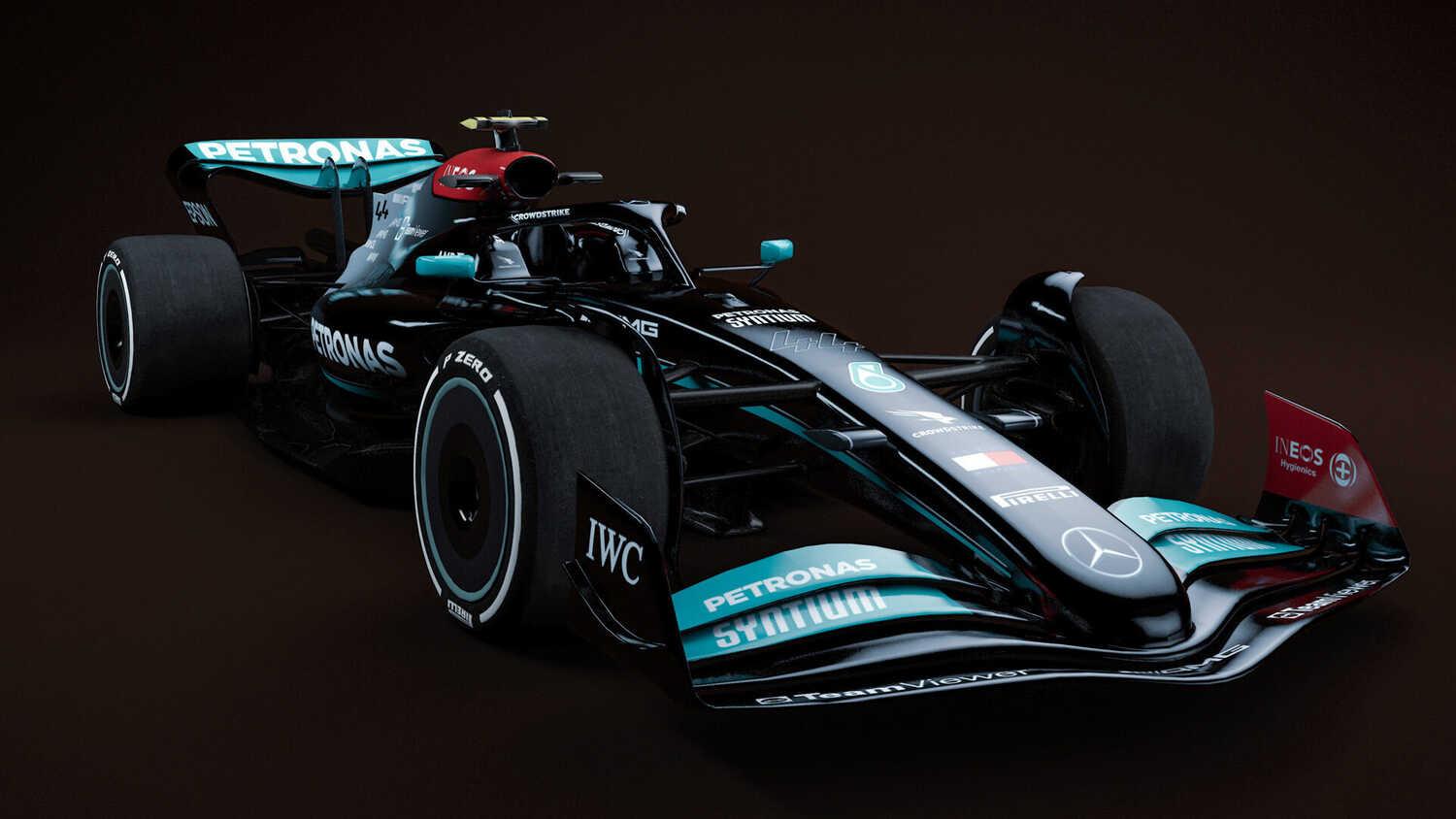 Formula 1 will introduce a new set of technical regulations for 2022, with cars set to be fundamentally different in philosophy to what has been raced in recent years.

The intent of the new regulations is, primarily, to enable cars to follow each other far more closely while also reducing overall costs by simplifying the designs overall.

With years of research going into the 2022 regulations, the aim is to make the sport more equitable and sustainable while improving the racing spectacle.

Here's everything you need to know about the new cars which will hit the track for the first time in 2022.

A switch to 18-inch wheels

It's a move that's been coming for a while now, and that is a shift away from the traditional 13-inch wheel that has been a mainstay in Formula 1 for more than 30 years. From 2022, the cars will race with 18-inch wheels.

Why? Well, aside from the improved aesthetics of bigger wheels, the relevance towards road car technology is far greater.

Pirelli's new 18-inch tyres, which were extensively tested by the F1 teams on mule cars in 2021, will run the same tread width as now, but with a bigger diameter.

The sidewall reduction will be the biggest change, more closely resembling a road car. The changed behaviour of the tyre means the cars will handle differently, making them more precise due to the far stiffer sidewall.

Testing so far has only resulted in positive driver feedback, with less tyre flex and less impact on car aerodynamics. This increased stability means less focus is required from the teams to address the turbulence, meaning lower costs.

Pirelli are predicting lower tyre degradation overall, with Mario Isola also revealing that many races could become one-stop as a result of the change.

However, as a change in itself, the switch from 13-inch to 18-inch tyres is expected to have a minimal impact on overall lap time.

Aside from the wheels themselves, wheel covers return for the first time since 2009. This is done to reduce the aerodynamic wake coming off the cars, for the benefit of those behind. However, it also reduces the downforce of the car itself. The physical seal of a wheel cover prevents the teams from finding ways of redirecting air through the wheels.

Over-wheel winglets are also set to be introduced, something that has never been seen in F1 before. These will help to direct the wake of the air coming off the front wheels and direct it away from the rear wing.

A complete rethink of F1 aerodynamics

From 2022, Formula 1 cars will begin to use a different form of aerodynamics. Ground effect, which was used to great effect in the 1970s and 1980s, creates suction underneath the car to pull it into the tarmac.

F1 moved away from ground effect almost 40 years ago, with the focus switching more towards over-car airflow. But the obvious disruption of this philosophy has resulted in modern cars being unable to follow each other closely, so Formula 1 is returning to a ground effect-like formula.

The 2022 car will use underfloor tunnels, which will generate large amounts of ground effect downforce. Without the requirement for disruptive aerodynamic appendages like vortex-generating barge boards, lips, flaps and scoops everywhere, following cars should be less disturbed by those in front of them.

Aside from that, the front wing redesign for 2022 is also much more simple. The new front wing will obviously generate downforce in the traditional way, although is heavily concentrating on controlling the front wheel wake and down the car in a much less disruptive fashion.

The intent is to send the wake down the sides of the car in a fluid manner, rather than underneath or pushed out from the sides.

The new, unusual rear wing not only looks cool, but the design is also intended to collect wake from the rear wheels and redirect it into the flow coming from the underside of the car. The merging of the two airflows results in a much narrower convergence, with a revised diffuser design throwing it into the air. This, in theory, means the following car will essentially drive 'under' the disturbed air caused by the car in front. 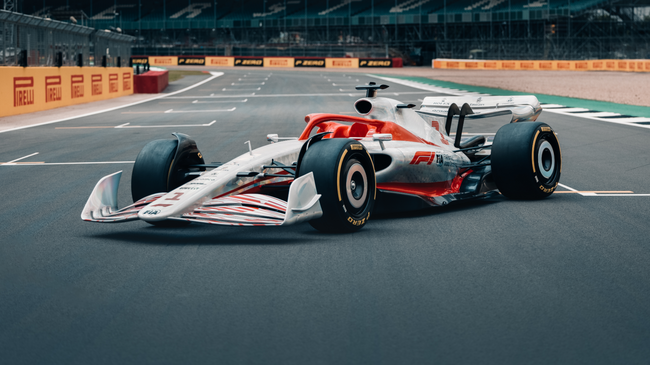 As ever, Formula 1's push for greater safety continues unabated.

The 2022 car chassis has had extremely stringent crash test requirements put on it. The front impact test has been increased to demand an absorption of 48% more energy than the previous car, and a 15% increase for the rear impact test.

Following Romain Grosjean's high-profile Bahrain crash in 2020, the power unit will separate from the chassis without exposing or rupturing the fuel tank in the event of a severe enough crash.

A longer front nose has been introduced, based on findings into the FIA's investigation of Anthoine Hubert's fatal Formula 2 accident at Spa-Francorchamps in 2019, as well as stronger chassis sides to deal with side impacts.

"The most important ones are the front nose, it can absorb an impact about 50 percent more energy, [and] the side of the car is also about twice as strong to lateral impact," said the FIA's Nicholas Tombazis.

"We've made improvements to the headrest for the driver, to the fuel tank, we've made it much more difficult for debris to be spread out on the track, which would make it dangerous for other cars – so we've been working really hard on all of the safety method."

The safety gains, together with the bigger wheels, have resulted in a weight increase. The minimum weight of the cars will go from 752kg to 790kg, with the same power units in use for 2022. This means that, to begin the new regulation cycle, the new cars are likely to be a bit slower than the 2021 iteration.

It's the result of four years of hard work

Between Formula 1, the FIA, the teams and expert input from the likes of Tombazis, Formula 1's Ross Brawn and Pat Symonds, more than four years of research has gone into the development of the new 2022 car.

Symonds, who is Formula 1's Chief Technical Officer, spoke about the extent of the challenge.

"We started the journey in 2017. We spent longer on this car than I think any other car that has been produced in Formula 1 in terms of getting some regulations together," he said.

"Now, we didn't have access to the latter, so we've really concentrated on our CFD, and backed it up with some wind tunnel testing.

"But our CFD has been much more sophisticated than is used in the teams. We've been able to do that thanks to our partners at Amazon and AWS, who've allowed us to run these very sophisticated simulations in around 70 percent of the time, or [a] 70 percent saving in time to what we were doing initially.

"Now, to give you an idea of how big these things are, our CFD project uses over 1150 computer cores, and we have 550 million data points on each model that we run.

"We've run 7500 simulations since we started so that's around 16-and-a-half million core hours of computing. Now to put that into context, if you did that on a pretty sophisticated sort of four-core laptop, it will take you 471 years to do what we've done in developing this car.

"We've also produced a huge amount of data – around a petabyte of data. And to put that in context, that's equivalent to 10 million four-drawer filing cabinets, full of sheet paper or written on, or around a third of the 10 billion images that are on Facebook at the moment."

Brawn welcomed the huge changes, saying that it provides an excellent, and unique, opportunity to make Formula 1 the most exciting motorsport in the world.

"So this is the start of a new journey, a new philosophy, a new culture, where the raceability of these cars is going to be vital to future Formula 1," Brawn said.