Max Verstappen and Lewis Hamilton both received fines from the FIA during the Brazilian Grand Prix weekend, but Verstappen noticed that Hamilton's was cheaper. 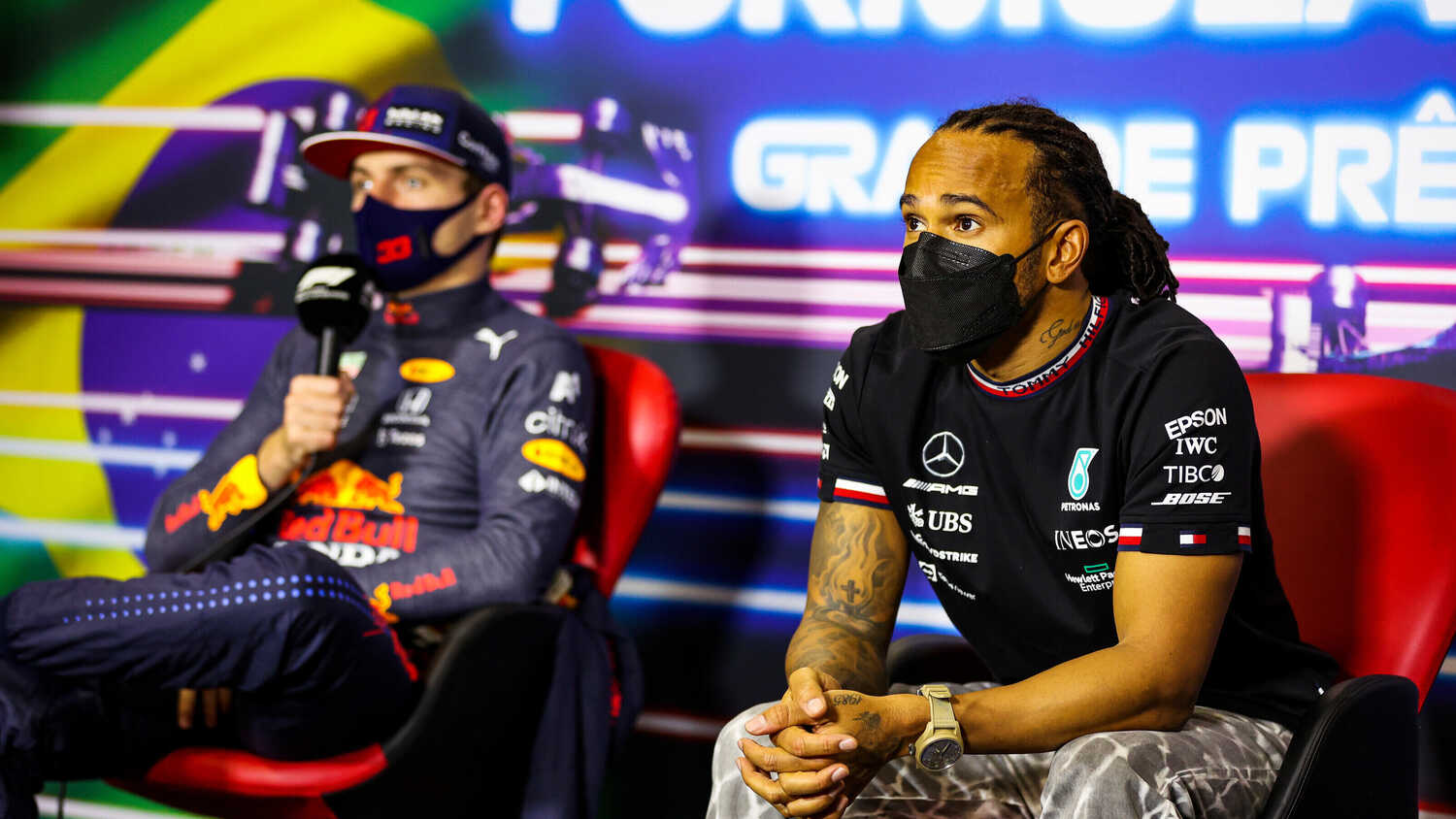 Max Verstappen has made a dig at the "cheaper" fine Lewis Hamilton received for loosening his seat belts at the Brazilian Grand Prix.

Both Verstappen and Hamilton received financial penalties over the course of the weekend at Interlagos, with Verstappen's coming first when he touched the rear wing of Hamilton's Mercedes in parc ferme following Friday's qualifying session.

The Dutchman was handed a €50,000 fine, which Red Bull clarified they would not be helping him to pay.

Meanwhile, Hamilton came under fire from the stewards for undoing his seat belts when he stopped on track to pick up a Brazilian flag following his victory in the Grand Prix.

Verstappen is now very aware that he should not touch the rear wing of another car again, given the expense involved, but has jokingly suggested that he would "consider" undoing his seat belts given that Hamilton incurred a lesser fine for this.

"It's not allowed to touch your rear wing anymore, that's for sure," Verstappen said in an interview with DAZN. "Otherwise you have a very expensive fine."

The Red Bull driver added: "But apparently you can drive with your seat belts loose - it's cheaper. So I might think about that."

It was certainly a busy weekend for the stewards in Brazil, with Hamilton also coming under investigation after Friday's qualifying when FIA F1 Technical Delegate Jo Bauer found something amiss with the Drag Reduction System (DRS) on his Mercedes car.

Hamilton was then excluded from qualifying, with the DRS found to have broken technical regulations.

This put the Briton to the back of the grid for Saturday's Sprint Qualifying race, during which he surged through the field to finish fifth, prior to another comeback drive for victory in the Grand Prix.

With two races remaining in the 2021 F1 season, Verstappen has an eight-point lead over Hamilton in the Drivers' standings.