The Red Bull driver has explained why he failed to complete a flying lap during qualifying for the Russian Grand Prix. 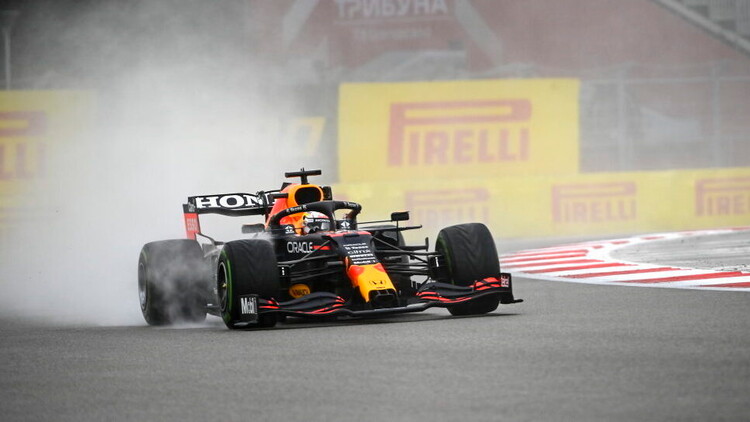 Max Verstappen says he did not complete a lap in qualifying for the Russian Grand Prix as Red Bull wanted to save the car.

Verstappen will start at the back of the grid for Sunday's race at the Sochi Autodrom because he has taken a fourth power unit, which has trigged a penalty.

The championship leader completed an out lap in Q1 but returned to the pit lane early in the session.

"I'll start last anyway, which is why it made more sense for us to save the car," Verstappen told Sky Sports.

"It was pointless for me to do more laps today, because tomorrow it will be dry.

"According to the weather predictions we have received, it is certain that it will be dry."

Verstappen started from the back in 2018 and quickly moved through the field to finish in fifth, leading some laps as he went on an offset strategy.

However, he thinks it will be difficult to overtake the midfield runners on Sunday due to the closeness of the grid compared to three years ago. His aim is to score as many points as possible

"We have found a good setup for the car and hope to take points tomorrow," he said. "Of course, a lot can still happen"