Verstappen done with Honda engine questions: I'm going to hand out some pictures

After qualifying for the Styrian Grand Prix, Max Verstappen again received plenty of questions about the 'new' Honda engine. Did it really have more power? And why was he so fast on the straights? 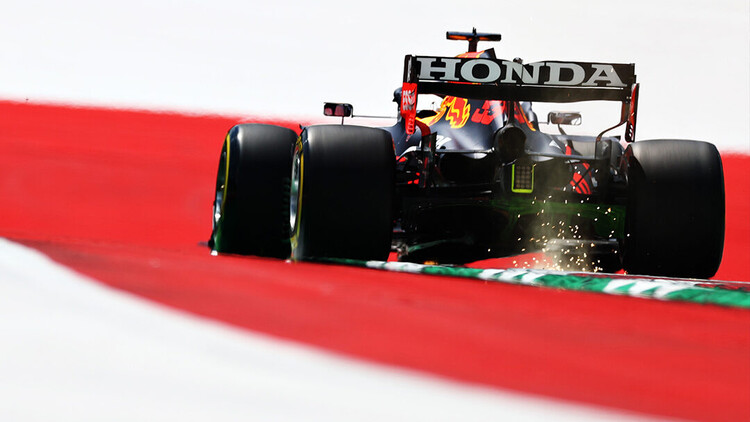 Max Verstappen already indicated earlier this weekend he was getting a bit tired of rival Lewis Hamilton's comments about the Red Bull-Honda's straight-line speed. The simple explanation for the speed in France and Austria should not be sought with the engine, but with the rear wing, according to Verstappen.

"I think next time I'm going to bring a printout of the rear wing difference we're running," Verstappen told RacingNews365.com and other select media after securing pole position for the Styrian Grand Prix. "And then I'm going to hand it over to every single journalist.

"Because I get this question now [for] two or three weeks now that we are really quick on the straights and yes we are, but look at our rear wing. I don't think it's exactly the same.

"For sure Honda did a great job compared to last year."

After the introduction of the second Honda engine this season, the Mercedes camp repeatedly referred to the 'sudden' speed of this power unit. Verstappen is done with those comments though.

"From our first engine to the engine we have in the car now, it's all about reliability improvements, and no clear advantage on pure power. So I'm going to fire up my printer next time, and I'm going to hand over a few shots."