Verstappen bounces back to take top spot in final practice

Red Bull's Max Verstappen has recovered from his Friday woes to take top spot in the final practice session ahead of qualifying at the Emilia Romagna Grand Prix. 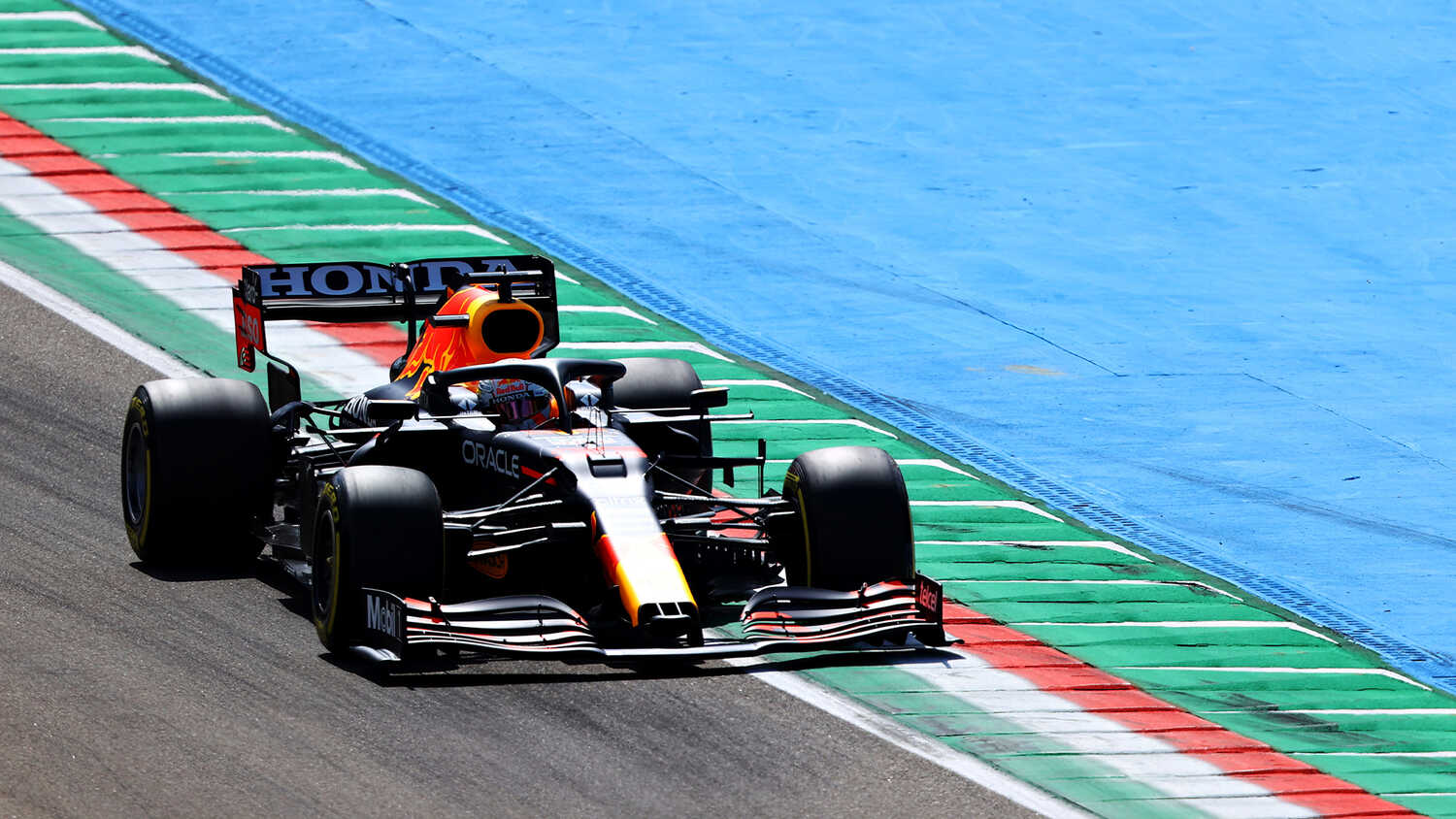 Having sat out most of second practice with a driveshaft failure, the Dutch driver put in a 1:14.958 on the soft compound tyre in the closing stages to snatch top spot away from McLaren's Lando Norris.

The McLaren driver did a time of 1:15.414 on his qualifying simulation, ending up just under half a second down on Verstappen.

Lewis Hamilton had to settle for third place for Mercedes, a further tenth back from Verstappen.

Red Bull's Sergio Perez highlighted the team's competitiveness, as he finished 0.593 down on Verstappen's best time on the soft compound. The Mexican driver incurred the wrath of AlphaTauri's Yuki Tsunoda during the session, with the rookie infuriated as he felt he was blocked by his stablemate.

Charles Leclerc finished in fifth for Ferrari, clocking a 1:15.738 to finish 0.780 down on Verstappen. Pierre Gasly was sixth for AlphaTauri, after narrlowly avoiding ending up in the wall after he made a mistake exiting Tosa, while Carlos Sainz finished seventh for Ferrari.

Friday pace-setter Valtteri Bottas could only manage a meagre eighth for Mercedes, just under a second behind Verstappen's benchmark time.

The two Alpine drivers rounded out the top ten, with Fernando Alonso and Esteban Ocon finishing in ninth and tenth respectively.

There was a brief red flag midway through the session, as Nicholas Latifi hit the barrier at the Villeneuve chicane. He was able to extricate his Williams from the gravel and return to the pits.