Vasseur furious with wing flex rule change: It's a joke

Alfa Romeo boss Frederic Vasseur was particularly upset with the nature of the changes to rear wing flexing, outlining the huge costs for the team to re-design the parts. 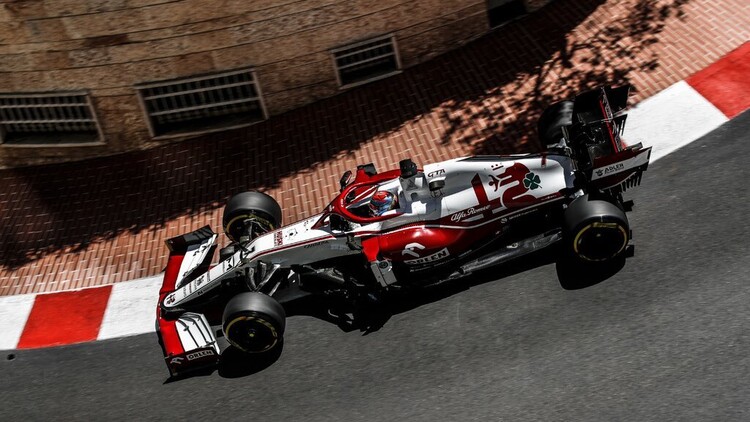 Alfa Romeo's Frederic Vasseur has spelt out his anger over the way the FIA have introduced new checks to the rear wings of the current F1 cars.

With suspicions that some teams have found ways to get around the static load tests over rear wing flexibility, the FIA will perform more stringent checks from June 15. After a month's grace period, these checks will have no leniency from July 15 onwards.

The Alfa boss explained his anger over the nature of these tests changing, saying that the parts were designed initially to conform with the load tests.

“I’m a bit upset with the approach to change the rule,” Vasseur told select members of the media, including RacingNews365.com.

“To change the value of the test is not fair at all because the business of the engineers in F1 and the designs is to design parts at the limit of the regulation.

“If you change the regulation in the course of the season, you will have to design new parts and the teams who are saying that they won’t be affected, it’s a joke.”

“It will affect everybody,” Vasseur continued.

“At the end of the day, we have the regulation with the maximum deformation under load and I think we are not more clever than the others. Everybody was sticking to the limit, and the FIA decided to change the limits.

“It’s a bit surprising, but they changed the load and the deformation – and in the course of the season. It’s not the introduction of a new test or a new way to do the test, it’s just that they change the [load] value.

“This is the first time that we see something like this, because if you are at the limit, if you did a good job, you have to produce new wings. But in terms of cost-saving, it’s a huge, huge, huge effort.

“We have time to do it, but it will cost us a fortune.”

In a year where F1 has rolled out a highly restrictive budget cap, Vasseur outlined the problem of introducing such stringent new measures at the same time as forcing teams to cut spending.

“We are all fighting to try to save money, to speak [about] reducing one person at the track.

“And then we have these kinds of things that is just a joke, a joke for me.”