The technical secrets behind the new Alfa Romeo car

Alfa Romeo presented their new C41 car on Monday. The team made no secret as to where the big differences are compared to the 2020 car: the front. 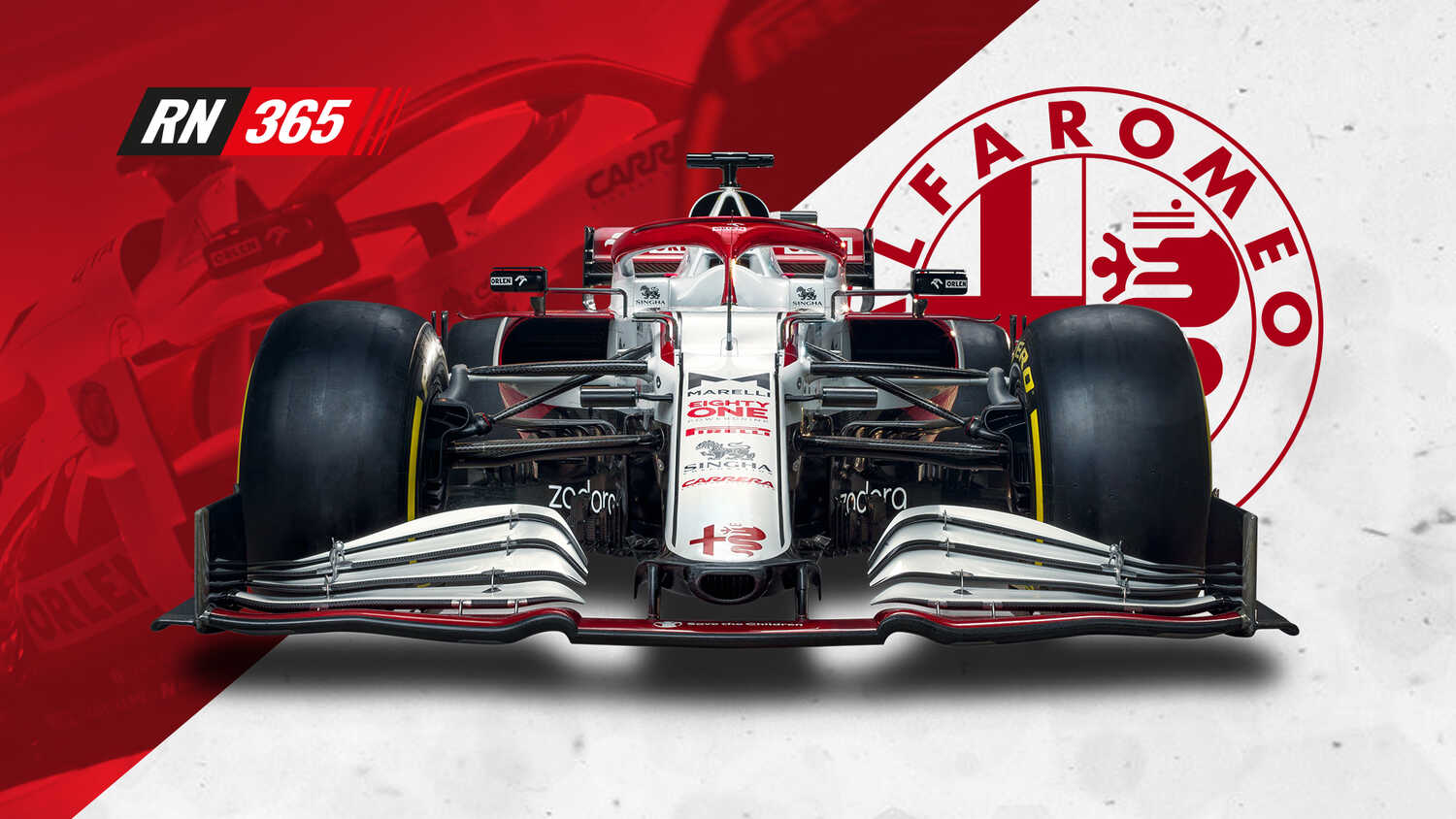 The biggest change to the Alfa Romeo C41 can be seen at the front of the car. The team's unique nose has given way to a design that sees it fall more in line with the rest of the competition. The large opening in the nose is reminiscent of Red Bull's RB16 last year.

Alfa Romeo have stuck with a front wing that has strongly sloped wing elements, and there is a clear 'kink' in the wing. It's clear from the side view that the Italian marque has undergone a considerable nose correction, including the cape on the side of the nose. This will help guide air under the car. 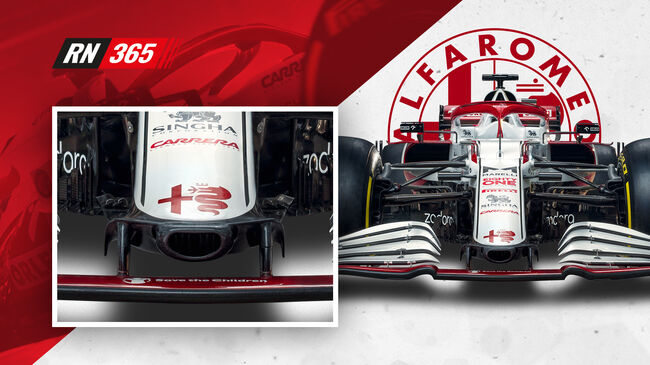 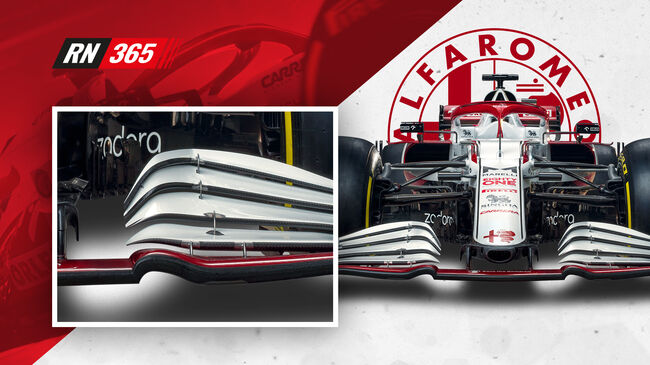 On the side of the car we see the barge boards on the C41, and the design team has paid extra attention to the asterix wings around the side pods. The horizontal element has an extra wing. 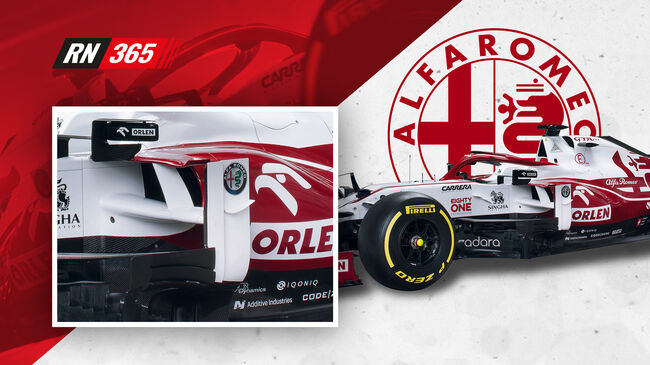 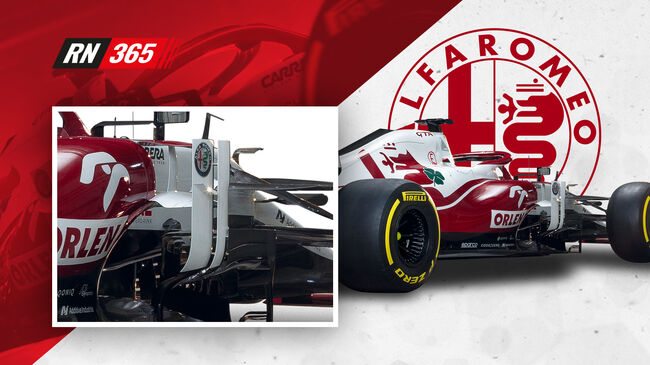 The new Ferrari engine does not make any major changes to the airbox just yet. Alfa Romeo has kept the triangular airbox, with two openings for the cooling of the hybrid systems just behind it. The sidepods do seem to run in a bit faster. 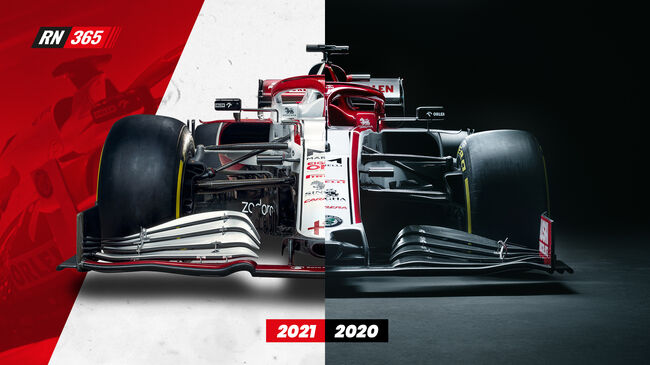 The biggest change can be seen at the rear of the car with the engine cover. In 2020 it continued high, but now Alfa Romeo have opted for a faster descending, angular line. A double T-wing is attached to the end of the engine cover. It's clearly visible that attachment of the DRS mechanism is different. The diffuser is hidden away as much as possible, though it can still be seen by increasing the contrast of the photos. 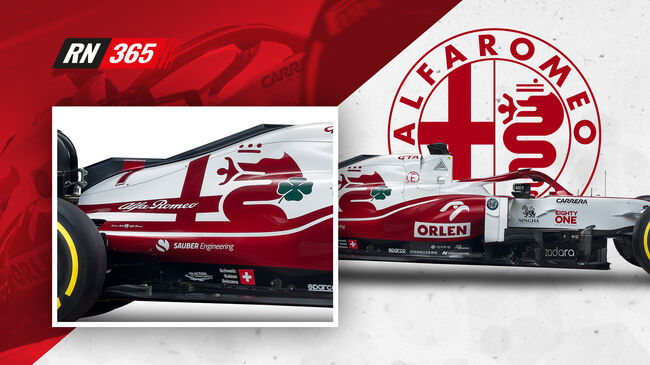 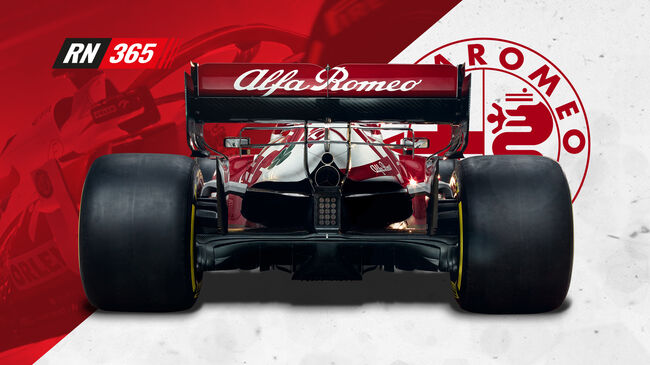