The rise of Nicholas Hamilton

Nicholas Hamilton, a professional racing driver himself, is Lewis Hamilton's half-brother find out how the younger sibling overcame insurmountable odds to achieve his own dream. 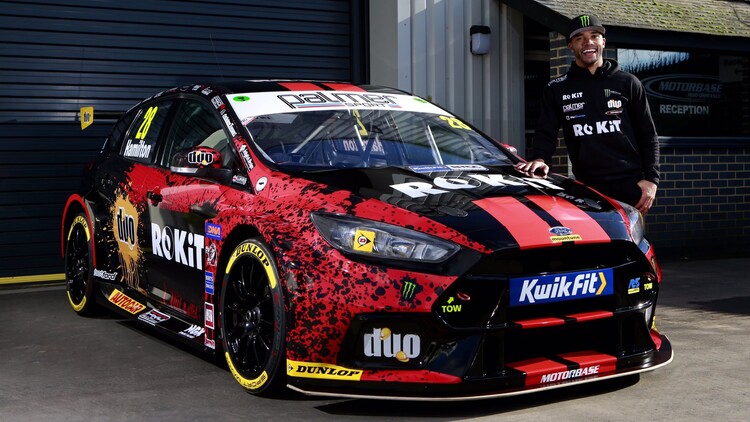 Nicholas Hamilton is the paternal half-brother of Formula 1 star Lewis Hamilton. Despite his famous last name, the younger Hamilton has forged a motorsport career on his own in turn overcoming severe physical adversity.

Born on March 28, 1992, Nicholas Hamilton was diagnosed with cerebral palsy, which limited the movement of his legs and hampers muscle growth. Added to this Nicholas, much like his brother, came from a humble background. The two factors combined to help delay Hamilton's professional debut, which only came in 2011 when the Englishman was 19 years old.

Hamilton's first foray into motorsport came through video games. Given his physical disability, the younger Hamilton learned his trade by playing a series of racing games which taught him the basics about, " About braking, racing lines, cornering, engineering and how to set up my car."

"I did nothing but play games. I loved motorsport, but I couldn't practice it, so I turned my attention to the online racing world," Hamilton concluded.

Hamilton's professional debut came during the 2011 Renault Clio Cup U.K. championship. The then 19-year-old had to convince his father, Anthony Hamilton, to let him compete and after much nagging, the young Brit was allowed to attend a racing school. After going quicker than the instructor, Hamilton found himself competing in the Renault Clio Cup in the U.K.

"With the help of my father and to some extent, of course, my brother's success, I got into motorsport and had the opportunity to make a career," Hamilton commented on this achievement.

The struggles of a racing driver

Despite having a famous last name, Hamilton much like his illustrious brother was forced to raise the funds required to go motor racing by his father Anthony.

A season in the Renault Clio Cup can cost £100,000 and despite having a famous last name by now, the younger Hamilton sibling found that success was not going to be handed to him on a silver platter.

"You really need a business brain if you want to be successful in motorsport and years later I am still learning how to do it," Hamilton stated.

Despite the stakes, the Touring Car racer is also very adamant about asking his older brother for help.

"I've never asked him for help. I want to create my own opportunities, that's what it's all about for me, I don't want to be dependent on others," Hamilton concluced on the matter.

In 2019 Hamilton became the first individual with a disability to compete in the British Touring Car Championship (BTCC). This is a monumental achievement as the BTCC is one of the most challenging championships to compete in across the globe.

Racing a Ford Focus with the Rokit Racing with Motorbase team, Hamilton contested the first eight rounds of the championship attaining a best result of 19th in what would prove to be a baptism of fire in the U.K.'s premiere racing championship.

In 2020, Hamilton would continue racing the BTCC this time with Team Hard. Building on his experience from the previous round the younger Hamilton would score his first-ever point in the championship when he finished 15th in a grid of over 30 cars at the Brand-Hatch race circuit.

While he has so far failed to set the grid alight, Hamilton has impressed many with his tenacity. Entering his third year with the Rokit brand, the British driver will attempt a third assualt on the BTCC this time racing a Cupra Leon after ditching the Volkswagen CC from the previous year.

2021 has already seen a significant improvement from him with Hamilton coming agonizingly close to adding more points to his career at the opening round at the Thurxton race track in Race 3.

Beyond the race car

Much like his brother, Hamilton has interest outside the confines of motorsport with his aim being to become a public figure. Given his disability Hamilton would be in an ideal position to help others suffering from physical ailments overcome their limitations by being both a rolemodel and inspiration to them.

"I want to keep telling my story, taking on even more challenges and in that way also becoming a public figure outside of motorsport," Hamilton said.

"I certainly see potential in that, but I can see how things are going. For now I want to focus on my racing career. But if I also had the opportunity to inspire people, that would be perfect for me. I may not have all the answers to everyone's questions, but I live to put a smile on someone else's face."

Irrespective of his ambitions outside of a racecar, Hamilton is clear that for the time being motorsports has his full and undivided attention.

"As long as I can gather the money to race, then I will," Hamilton stated.

"Racing is my life, it is what I get up for in the morning, it is why I work so hard to make sure I'm strong and fit enough to race anyone. I wouldn't know what I would do without racing."