Shwartzman sets the pace on final day of F1 testing

Robert Shwartzman has gone quickest of all on the final day of testing in 2021, putting Haas at the top of the times. 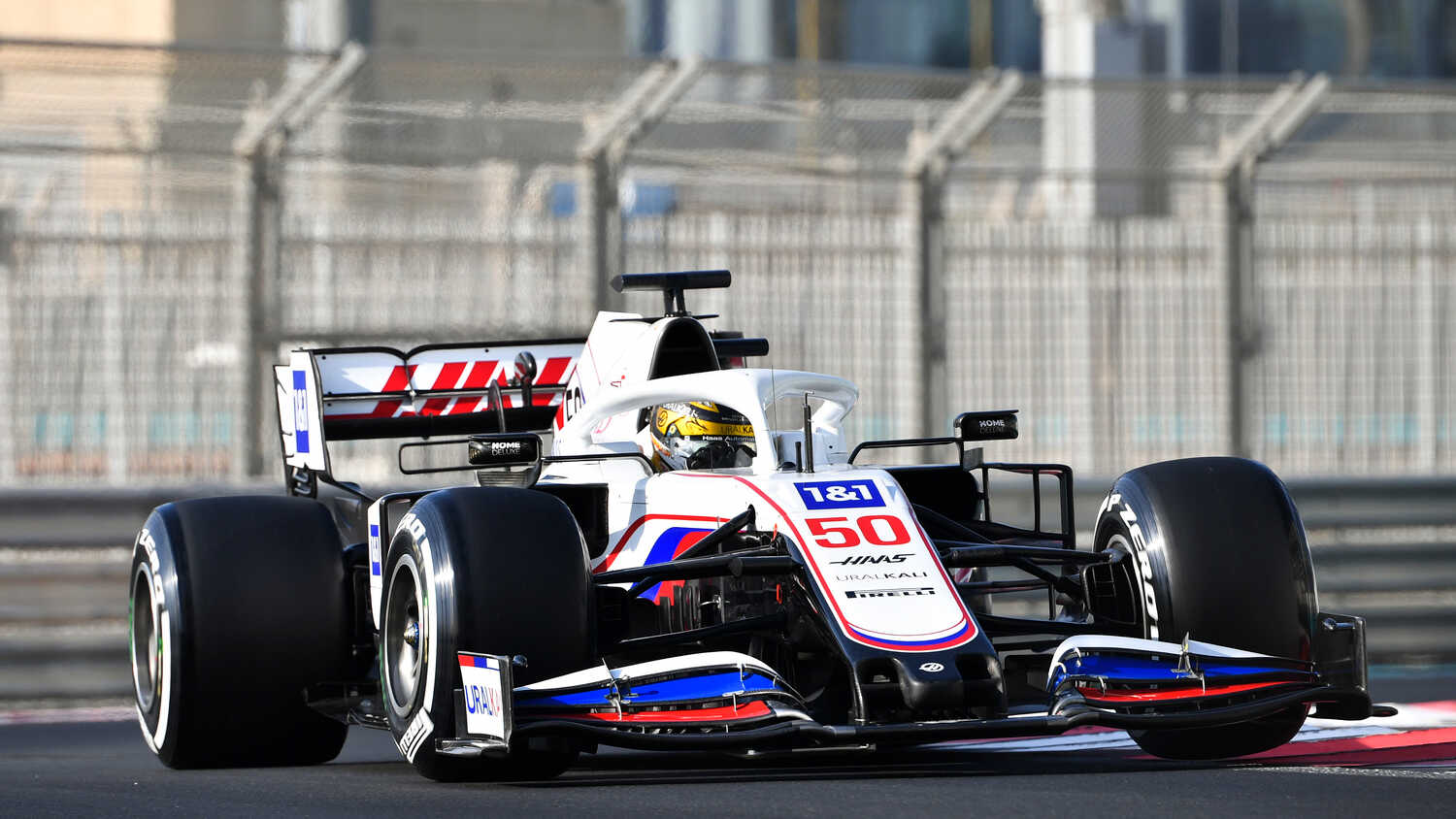 Robert Shwartzman has gone quickest on the second and final day of testing at the Yas Marina Circuit, where F1 carried out a combined Pirelli and Young Driver test this week.

With the majority of the teams choosing to do their Young Driver running on Tuesday, only Haas ran this test on Wednesday as Ferrari Academy youngster Robert Shwartzman stepped into the VF-21.

Having driven for Ferrari on Tuesday, Shwartzman showed the extra bit of preparation had paid off as he set the fastest time with a 1:25.348 in the final hour of the day.

Given that Shwartzman was driving the only 2021 car, with the 13-inch wheels, it perhaps wasn't surprising that the current machine was quickest of all, as the remaining drivers all used the teams' mule cars to carry out the Pirelli 18-inch tyre test.

McLaren's mule car was in second place, driven by Lando Norris, as the British driver completed more than 100 laps of the track over the course of the day.

Aston Martin's Sebastian Vettel, who brought out the red flags during the morning as he encountered an issue on his car, put in plenty of laps en route to third, rising ahead of Mercedes' George Russell in the final minutes of the test. Russell, in fourth, drove the team's mule car on both days.

AlphaTauri's Pierre Gasly was fifth as he took over from Yuki Tsunoda in the team's mule, ahead of Ferrari's Carlos Sainz and Alpine's Fernando Alonso.

Having driven for Alfa Romeo in the Young Driver Test on Tuesday, Guanyu Zhou took over from Valtteri Bottas to drive the team's mule on Wednesday and finished in eighth, a tenth ahead of Red Bull's Sergio Perez.

Haas' Pietro Fittipaldi was 10th and last, meaning the American team bookmarked the field as they took part in both tests - Shwartzman as their Young Driver nomination and Fittipaldi carrying out the 18-inch tyre test.

Formula 1 now withdraws into hibernation for a few weeks, with the next official session being pre-season testing in February.