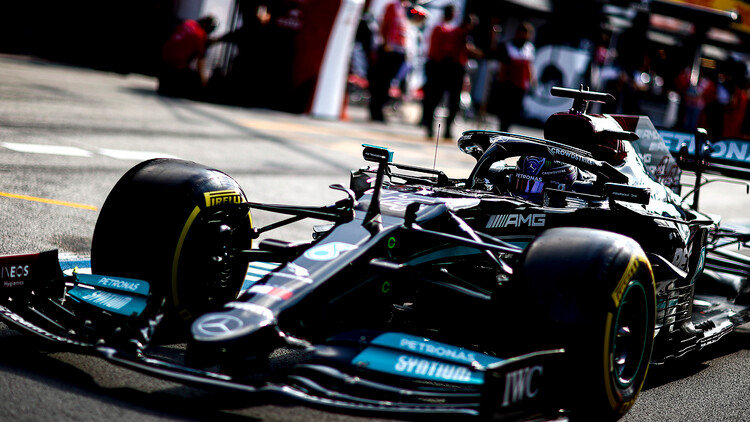 Ralf Schumacher believes Lewis Hamilton faces a "huge problem" if he is forced to take on a fourth engine between now and the end of the 2021 F1 season.

While Hamilton won the race, the 100th of his F1 career, Verstappen managed to finish second despite changing his engine and starting from the back of the grid.

Mercedes boss Toto Wolff recently admitted that the team are considering taking an engine penalty as soon as this weekend's Turkish Grand Prix, and while Hamilton played down those suggestions on Thursday, Schumacher reckons it's a big problem for the Briton.

"You could see during an interview with Wolff after the race that he was worried, because he had not taken that into account," Schumacher told Sky Sport Germany.

"And it now looks like Mercedes will have to change to a fourth engine as well. The rumours are very persistent. That, of course, will be a huge problem for Lewis."

As for this weekend's race at Istanbul Park, Schumacher expects another close battle between Hamilton and Verstappen.

He also thinks that Red Bull will be tested in terms of strategy due to the other Mercedes of Valtteri Bottas.

"It's turned out to be Mercedes country so far," Schumacher said about the circuit. "But Red Bull have improved significantly everywhere and they will be closer here as well.

"It promises to be an exciting battle between Max and Lewis. And Bottas was actually the stronger of the two [Mercedes drivers] in Monza, and was also very strong in Sochi. In terms of strategy, it won't be easy for Red Bull."