Williams' George Russell believed Alfa Romeo were a clear step ahead of them at the season opener in Bahrain. 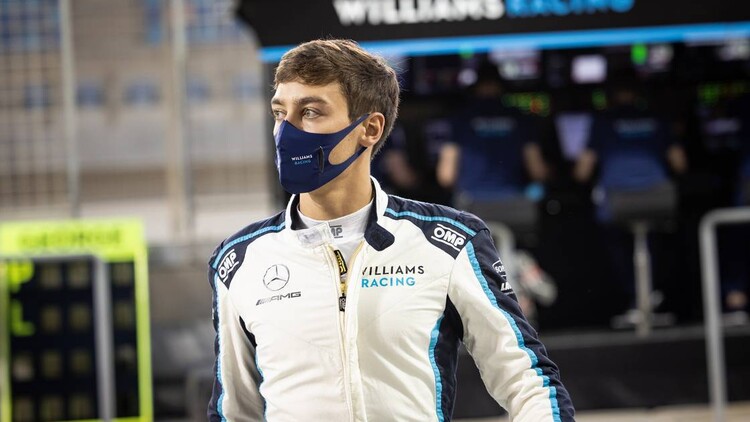 Williams' George Russell was left with the impression that Alfa Romeo's C41 has taken a step forward from last season.

In 2020, Alfa Romeo, Williams and Haas fought hard over the bottom positions at the back of the grid but, for this season, Russell believes there's been signs of improvement from Alfa that may have taken them a step beyond what Williams and Haas are yet capable of.

“We know our car is tricky in these conditions,” Russell explained to media including RacingNews365.

"I think the Alfa Romeo excels, or probably just struggles much less compared to others, as do Red Bull, so it seems.”

Williams continued to languish at the back of the pack in Bahrain, while both Haas drivers made errors on the first lap of the race. While Nikita Mazepin retired after crashing, Mick Schumacher spent his race trying to make up for an early spin.

By contrast, the Alfa Romeo drivers fared quite well. While neither managed to score points, both Kimi Raikkonen and Antonio Giovinazzi were in the battle to potentially score minor points places but, ultimately, fell short.

Russell has been quite vocal about the performance of the Williams being particularly tricky in windy conditions, but believes that their FW43B is just 'slightly stronger than Haas at the moment'.

However, the British driver was reluctant to guess at what the true order at the very back might be, saying "Alfa Romeo at this circuit have made a massive leap forward.

“I think it’s too early in the season to have a true read because we’re in such a strange and tricky conditions.

"It’s too early to say the true pecking order.”