Mid-Season Report: Red Bull unlucky not to be miles clear

With the teams all now on their mid-term breaks, it's time to look at their first-half performances and hand out their grades. Let's take a look at Red Bull... 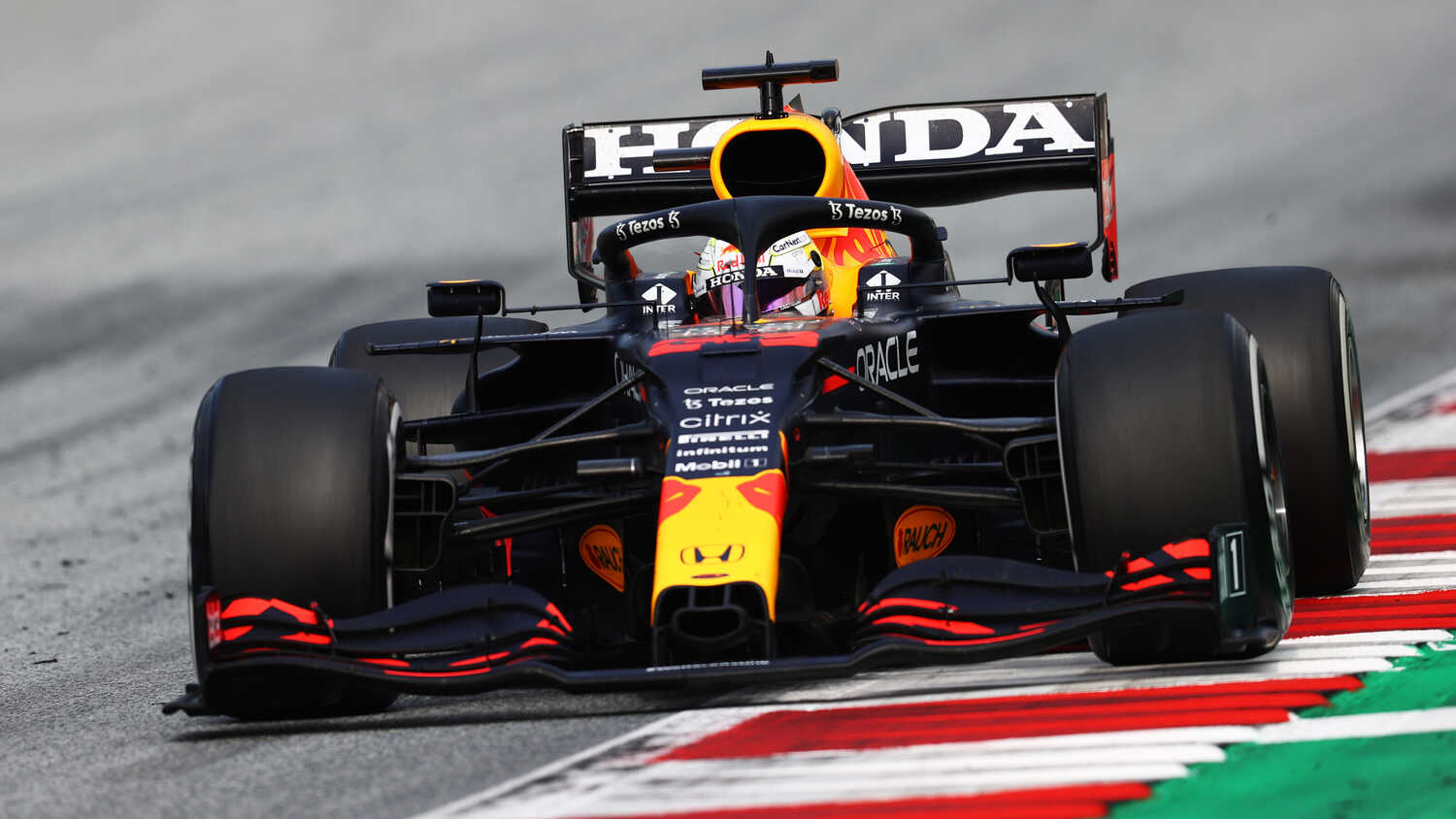 Red Bull have been, arguably, the slightly stronger performer of the two championship protagonist teams this year. The RB16B hit the ground running in Bahrain pre-season testing and, ironically, the team's struggles with rear-end downforce appears to have given them a slight edge this year.

Last season, the RB16's loose rear end forced the team to come up with solutions to help give the drivers more confidence. This research work appears to have paid dividends this year with the enforced drop of rear downforce, meaning Red Bull haven't struggled as much as Mercedes to recover the losses.

Had Verstappen been a little more patient in Bahrain, Red Bull probably should have won the season opener. An emphatic win at Imola was followed up by being outpaced in Portugal and Spain but, since then, Verstappen has been near unstoppable.

Sure, there's been misfortune too, and particularly galling given the catalyst of those misfortunes has been Mercedes, but fortune has a habit of balancing itself out over a season. The only concern is that Red Bull do appear slightly panicky about the situation, suggesting they know that Mercedes have closed the gap and they haven't quite made hay while the sun shone...

Red Bull have been marginally quicker and marginally slicker than Mercedes overall this season. Their pit-stops have been record-breaking, and it's a shame that that achievement looks set to be curtailed by technical directives brought in by the FIA.

The RB16B has been quick everywhere, only seeming to suffer slightly compared to the Mercedes at Portimao, while Red Bull's only significant mis-step was failing to anticipate the Mercedes' call for a second stop in Spain early enough.

In the second car, Sergio Perez hasn't been quite able to reach a consistent level of useful support, but there's no particular cause for alarm on that front just yet.

High point: France. Having been embarrassed by Mercedes at the Spanish Grand Prix, Red Bull turned the tables at Paul Ricard.

Sacrificing track position for a quicker tyre for a sprint to the flag, Verstappen caught and passed Valtteri Bottas with ease, thanks to a co-operative move from Perez who himself was on an alternate strategy.

Verstappen then was able to hunt down Hamilton and pass him within sight of the chequered flag, while Perez behind passed Bottas to make it a Red Bull 1-3 after a tremendous team display.

Low point: Silverstone. There's been plenty of debate, including on this website, about the Silverstone clash between Verstappen and Hamilton. Having given Hamilton plenty of room on the apex of Copse, the Dutchman assumed the Mercedes driver would back out. When Hamilton didn't, the resulting clash sent Verstappen into the barriers at huge speed and out of the race.

Unluckily for Red Bull, Hamilton survived the damage long enough to be able to make repairs under the resulting red flag and was able to come back through and win the race despite a ten-second penalty.

Worse was the fact that Sergio Perez was unable to make any impact on the race, having spun off early in the Sprint Qualifying race on Saturday and started from the very back. So anonymous was he in the race that the team opted to pit him to take the fastest lap point away from Hamilton, rather than let him score a handful of points for a lowly points finish.

The team's resulting anger at the incident was understandable, but could have been handled in a more restrained and dignified manner from the team management.

The collision allowed Mercedes and Hamilton to maximise the damage in the championships, and is the main reason why Red Bull aren't leading the tables at the summer break. 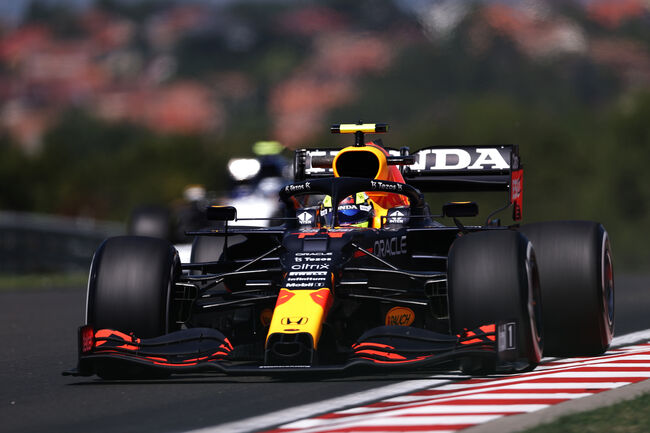 As said above, the Dutch driver has maximised his opportunities throughout 2021 and, now that he has a car capable of poles and wins, is producing them on a regular basis.

He hasn't been inch-perfect, though. Had he been more patient in Bahrain, he likely would have been able to ease past Hamilton in an easier part of the track without then having to yield the position back. Track limits issues also caught him out in Portugal, losing a potential pole position and the fastest lap point due to exceeding them, while a twitch entering the main straight allowed Hamilton to get a run on him into Turn 1 during the race.

Had his tyre not gone pop in Baku, Verstappen would have won five straight races before Silverstone. The British race obviously resulted in the question of whether he should have been more circumspect against Hamilton into Copse. After all, while Verstappen was found to be the more innocent of the two, that was of little consolation given that he had been hit out of the race.

Having been fortunate to be able to make the restart in Hungary after the first lap chaos, Verstappen rescued a few points with a heavily damaged car. Who knows how important those points may be by season's end?

Verstappen has made fewer errors than Hamilton so far this season and, when he has made them, they've been less consequential than the Mercedes drivers'.

It's the first time we've seen Verstappen in truly front-running machinery, and he's, by and large, nailing it so far.

Sergio Perez has illustrated very well the challenges of the second Red Bull seat. The Mexican driver has oodles of experience and pace, and yet still appears to be struggling to get to grips with the RB16B.

Unlike the inexperienced Pierre Gasly and Alex Albon before him, Perez isn't quite under the same mental pressure at this stage in his career, and has managed to show up on a few occasions to provide support for Verstappen.

Azerbaijan is the obvious high point. Had that race not been affected by Verstappen's tyre explosion, Red Bull looked set for a 1-2 finish with Perez having been able to handle Hamilton behind him after effectively using the undercut. Perez was fortunate that Hamilton made a brake setting error on the restart, but was still there to pick up the pieces for Red Bull.

Running a long first stint in France brought him into play in the closing stages, with Perez willingly yielding to Verstappen's charge. Had the race been much longer, Perez would likely have caught and passed Hamilton as well.

Perez has had some great days where he's shown that he's the right man to be in the seat, but has also had some truly bad days which have been uncharacteristic from him. He deserves a second year and the chance to start fresh with the new technical regulations next season.

Perez has been thoroughly underwhelming at a few races this year, but has also provided able and willing back-up on occasion. While Bottas, his counterpart at Mercedes, has been more consistent, Perez has had higher highs but is struggling to do it regularly.

Without those highs, it would be difficult to advocate for a second season at Red Bull, but those days have shown that he's capable of being a headache for Mercedes when the conditions are right. He just needs more time.