RN365 Debates: Should changes be made to Spa's Eau Rouge/Raidillon in light of safety concerns?

With the Belgian Grand Prix next on the F1 calendar, questions have been raised about safety at the circuit's famous Eau Rouge/Raidillon section following a heavy crash in the recent Spa 24 Hours. Our RacingNews365 journalists have their say on whether changes are needed. 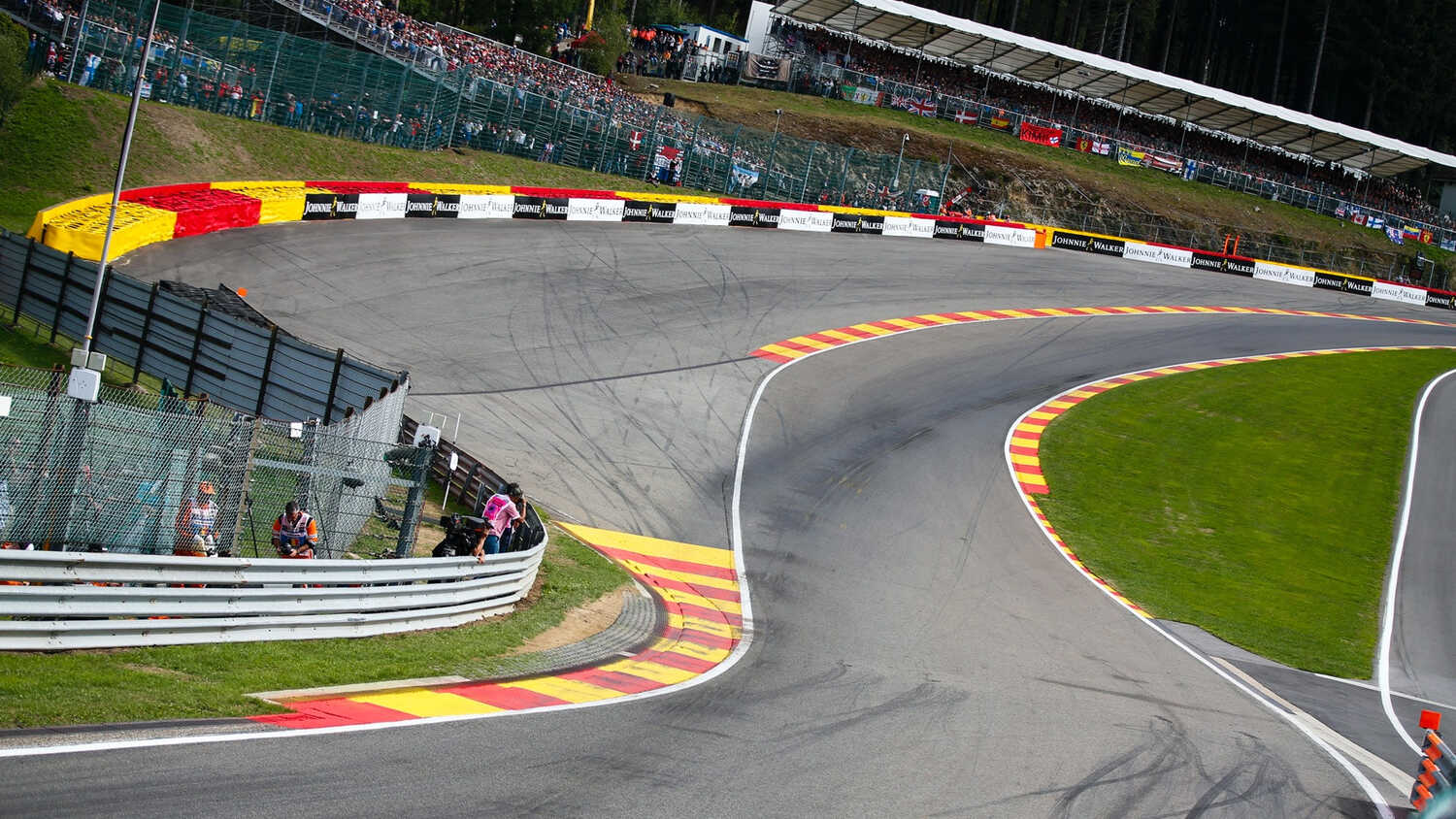 Ahead of the Belgian Grand Prix on 27- 29 August, concerns have been raised regarding the safety of Spa's famous Eau Rouge/Raidillon section after a heavy crash occured during the recent Spa 24 Hours endurance race. Drivers Jack Aitken and Davide Rigon were both hospitalised following the incident, with Aitken suffering fractures to his collarbone and a vertebra.

The accident bore similarities to the fatal crash witnessed in Formula 2 in 2019 that claimed the life of Anthoine Hubert. Juan Manuel Correa was involved in the F2 incident and continues to recover from traumatic leg injuries he sustained. The 21-year-old has only managed to return to motorsport in recent months, having joined the ART team in Formula 3.

Following the crash at the Spa 24 Hours, Correa released a statement raising his concerns about safety at the high-speed Eau Rouge/Raidillon. Meanwhile others such as Formula 2 driver Callum Ilott - who competed in the endurance race - have also questioned whether changes are needed at this section of the track, with Ilott writing on social media: "I would also like to say that there needs to be a change at this corner and I’m very surprised nothing has changed yet. Enough is enough."

F1 race director Michael Masi has responded to concerns by insisting that the circuit remains safe. So does the FIA need to take further action, and if so what changes could be made?

Anna Francis: Concerns from those affected have to be listened to

It is positive that F1 race director Michael Masi has reiterated that Spa holds a current Grade 1 (the FIA licence required for the track to be used for Formula 1), and has also reminded that the track underwent an upgrade programme last year. However, this feels less reassuring given that an accident like that at the Spa 24 Hour endurance race could still happen. Masi spoke of his relief that the drivers involved are all relatively okay. But this in a way feels beside the point; should they have been put in such a position of risk in the first place?

For me, the fact that those who have firsthand experience of the dangers of Eau Rouge/Raidillon have now voiced their concerns is something that absolutely cannot be ignored. Juan Manuel Correa's statement is a stark reminder of the worst case scenario such an incident can have. The American-Ecuadorian driver is continuing to recover from the traumatic leg injuries he sustained in the crash that tragically killed Anthoine Hubert. I feel it would be in slightly poor taste for the FIA to not at least acknowledge Correa's concerns and explain how they have or will take action.

Whilst Formula 1 has been fortunate not to witness an incident with such dreadful consequences in recent times, we have learned at other circuits that accidents still happen, such as the high-speed crash Max Verstappen experienced at Silverstone's Copse. When the stakes are this high, it is undoubtedly always better to be safe than sorry.

Correa says he has offered to help the FIA and other stakeholders in terms of sharing his experiences and working on the steps that can be taken to improve safety. The Formula 3 driver has stated that he is hopeful that these ongoing discussions will reach a conclusion in the coming weeks. I hope that the FIA are taking Correa's concerns onboard; if someone who experienced the dangers of this section of the track firsthand could give the seal of approval, I personally would feel more satisfied that all has been done to protect everybody’s safety. 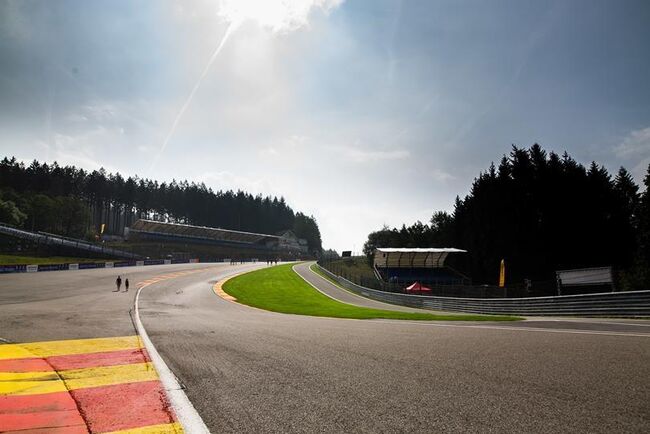 While Eau Rouge has always been a dangerous corner, it appears that recent years have seen the area of danger move further up the hill to Radillion. This has been borne out by the crash we saw last weekend at the Spa 24 Hours, as well as the obvious 2019 Formula 2 crash where we lost Anthoine Hubert.

With the drivers now effectively able to straightline the entry to Eau Rouge thanks to the huge, flat kerbs, the speeds over the hill at Radillion are frighteningly fast. But, it's more a situation that the barriers themselves are angled in such a way that if someone has a crash, they are essentially funnelled back out closer to the racing line.

It was exactly this situation that led to Anthoine's death. However, the barriers are back as far as they can possibly go given how near the treeline and a drop is behind the barriers. It's frighteningly similar to the story of Tamburello in the years prior to 1994 and the death of Ayrton Senna. The constraints of the topography meant Tamburello's walls couldn't be moved, with obvious consequences.

Unfortunately for Tamburello, the solution there was complete neutering of the corner by way of turning it into a chicane. No-one wants to see the unique challenge of Eau Rouge and Radillion taken away.

Unfortunately for Spa-Francorchamps, it appears the only real solution is to remove some of the tree-lined aesthetic of Radillion and get in heavy earth-moving machinery. There simply needs to be more run-off area built, giving room for the barriers to then angle outward instead of inward. Yes, this will make the exit of Radillion feel as wide as a car park and come at a hefty monetary price, but there really isn't any other solution for the top of the hill.

The only other possible answer is to somehow reduce the entry speed of the cars into Eau Rouge. Although, this doesn't fully fix the issues, given that the GT3 drivers coming over Radillion last weekend still had nowhere to go when confronted with an already crashed car as they crested the hill. A carefully planned out new corner about 200-300 metres before Eau Rouge could allow Eau Rouge and Radillion to go essentially unchanged, but would sap away some of the speed and instability.

It's a sad reality but, unfortunately, the danger of the corner isn't going to fade by ignoring it.. 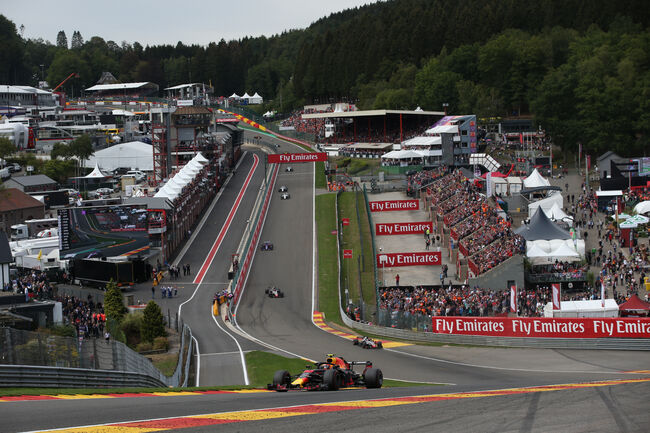 Perhaps I'm being a bit old-school with this one but the nature of Eau Rouge and Raidillon should remain. It's what makes it so iconic and such a challenge for many racing series.

There's something about the speed and gaining 40m in height in the space of a few hundred metres that makes it one of the best sequences on any track in the world. It's hold your breath stuff, especially in the wet.

Pushing the barriers further back or adding gravel might help, which the FIA should definitely think about, but there will almost certainly still be huge shunts. Maybe there will be less and Correa seems to have some solutions which must be listened to.

The problem is that on paper there might be a solution but there is no golden bullet for a sequences which is very high-speed and gains elevation very quickly. Equally, there seems to have been a few too many horrific incidents at Raidillon recently.

I'm not sure what the solution is, and I'm sceptical as to whether there is a something the track organisers can do given the nature of that part of the track.