The new McLaren driver is eager to see where the team stands against their midfield rivals as the 2021 Formula 1 season gets underway with the Bahrain Grand Prix. 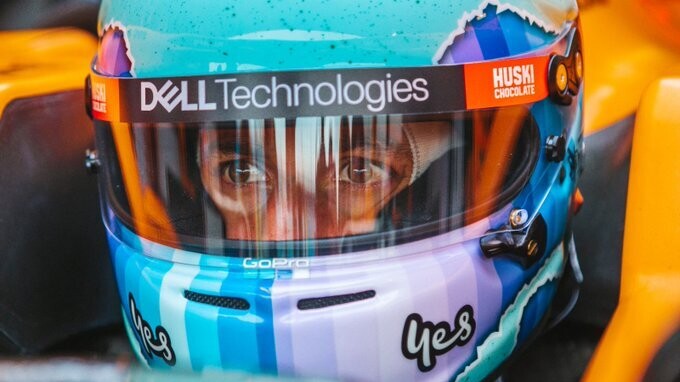 Daniel Ricciardo says he is ready to get down to business and is excited to find out the true potential of McLaren's 2021 car at this weekend's opening race of the year. McLaren were eighth on the pre-season mileage charts and spent a lot of time understanding the MCL35M and their new Mercedes power unit.

McLaren's diffuser has been a big talking point as it extends beyond the back of the car in an attempt to recover the lost downforce from changes to the floor of the 2021 cars. Ricciardo says everything has gone smoothly so far but played down McLaren's chances for the new season.

"The nonsense stops and this weekend is the first sign to really see where I am, where the team is and where everyone else is," Ricciardo told RacingNews365.com and other members of the media.

"Obviously it's a new team for me, a new environment, but I feel comfortable and feel like we got up to speed pretty well, I'm ready to get down to it now.

"As far as pre-season testing goes, for us as a team, it's been one of the better ones and hopefully that can be something more meaningful as we get into race one and throughout the season.

"Inside we want to be hopeful, we had a good pre-season test. We were focusing on the things we wanted to focus on, we didn't do any of those glory ones."

All Mercedes-powered cars did not run at maximum power in testing and most teams will only show their full potential in qualifying.

The engine regulation that was introduced in the middle of the 2020 season, which permits the teams to use the same engine mode from Q1, throughout Q2, Q3 and the Grand Prix, remains for this year. Ricciardo refused to say how good McLaren could be in 2021.

"I don't think we're looking amazing, maybe we are," added Ricciardo. "We're just focusing on on ourselves at the moment and doing the best job we can.

"We have to wait till we get to qualifying to honestly see. We have a bit of an idea and I think everyone has a decent enough idea of what the order is going to be like."