Daniel Ricciardo has praised Max Verstappen's maturity as a racer, saying his former teammate is more than capable of beating Lewis Hamilton to the 2021 title. 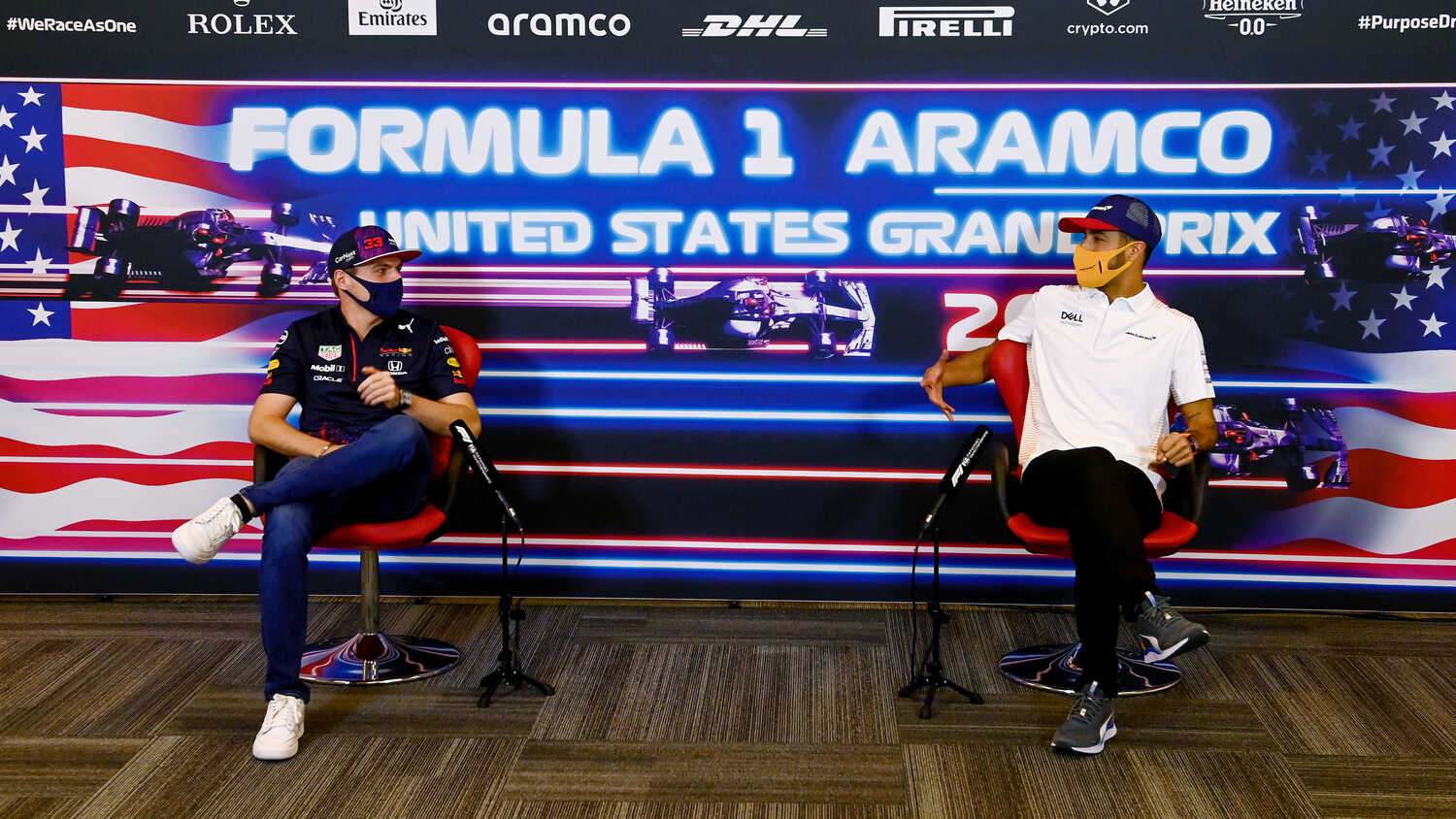 Daniel Ricciardo says he believes Max Verstappen is ready to take the title this year, after a few years of maturing.

The Dutchman is 24-years-old and leads the Drivers' Championship by six points with six races remaining, delivering a largely clean and composed campaign so far – a far cry from the somewhat frantic and overexuberant racing seen during the formative years of his career.

That maturity has impressed Ricciardo, who reckons his former Red Bull teammate has the skills to take the championship away from Lewis Hamilton this season.

"He's shown it all year really, but also the last few years," Ricciardo told select members of the media, including RacingNews365.com, in a press conference with Verstappen on Thursday.

"I think there was that stage in Max's young career where he had the speed, but there was still a few, call it mistakes or a bit of over-anxiousness or eagerness, but he quickly cleared that up.

"I think 2018 was really the year where he learned from that and then the second half of his season was really strong, and you could see that click in maturity on track.

"The last few seasons have been pretty immense."

With Verstappen gunning for his first title against the seasoned veteran Hamilton, who is chasing a record-breaking eighth crown, Ricciardo maintains that Hamilton's experience under pressure won't benefit him any more than Verstappen.

"Although Lewis has the experience of already winning world titles, I don't really see that as an advantage now," Ricciardo said.

"I think they're both capable, I mean Lewis has proven it, but I think Max is capable. I think he's got a pretty stable head on his shoulders now.

"He's proven that with some of the drives he's done this year, and so I'm just in a point where I'm looking forward to seeing how it unfolds."

Ricciardo said that it's a tremendous year to be a neutral observer, but is holding out for Verstappen to take the title by the time the Abu Dhabi Grand Prix comes to an end in December.

"Obviously, I'm not part of that battle, so from a fan point of view, you want it to go to the end," he said.

"They've been nip and tuck all year, it's been good to watch, and I do think Max is capable of it, so time will tell."