Many of the specifications of this year’s Formula 1 cars will remain unchanged from 2020. The floor will change for each team due to a requirement in the rules, but otherwise very little can be altered on the cars for 2021. However, there is now a token system which allows teams to make certain changes to their new cars. Who will make what changes? 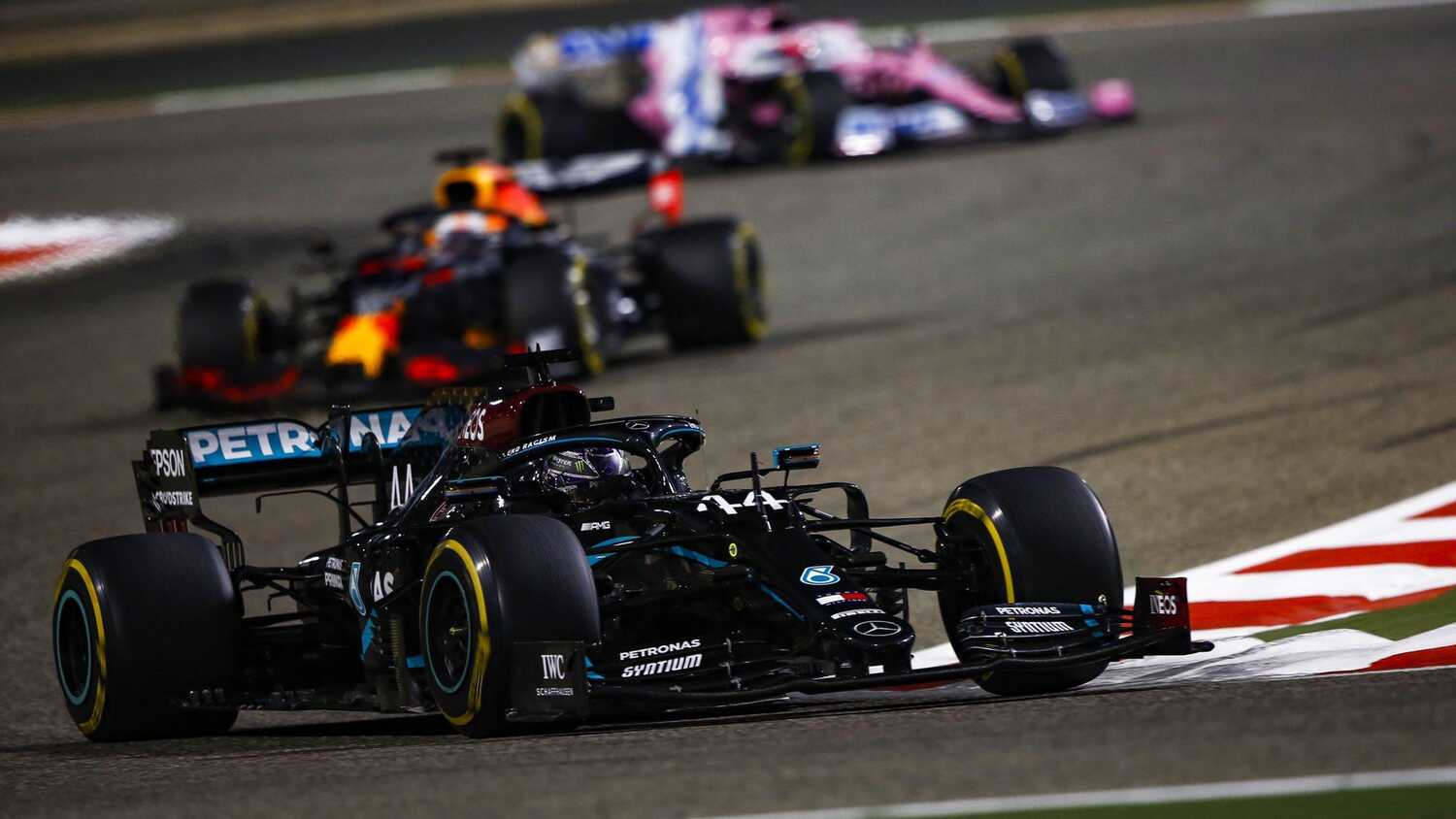 In 2021, it was originally planned that new technical rules would come into effect. Formula 1 cars were set to be completely overhauled, with racing becoming more fun, attractive and exciting. But then the coronavirus pandemic hit and, because of the huge financial consequences, the new rules were postponed for a year. Developing a totally new car costs a lot of money, which is not entirely sensible during such a financially uncertain period.

And so the development for 2021 was all but frozen. The first problem from this emerged in the form of McLaren using a new engine, having switched from Renault to Mercedes for this year. Such a switch requires a lot of changes to the chassis, which in combination with the freeze would not be possible. To accommodate this, a token system was introduced. Each team has two tokens, which can be used to make changes to the 2021 car.

In July 2020, the teams already had to indicate what they wanted to change for the coming season. These plans had to be submitted in full to the FIA by the end of September 2020. A list was drawn up of parts that had to remain the same from 2020 to 2021. Additionally, a value was put on all of these parts: one or two tokens. If a team wanted to change a component on the list after September 2020, they would have to use tokens.

Not everything is forbidden in the development of the ‘new’ car for 2021. For example, the teams are obliged to redesign part of the floor, because in 2021 the floor area will be smaller to generate less downforce. This should help the Pirelli tyres, which suffered last year. Some aerodynamic parts will be allowed to be modified, which is useful because the changes to the floor also affect other areas of the car. Bodywork can be altered on the new cars without using tokens. However, there is considerably less room to move around than in previous years.

The engine can be further developed, but this is only allowed for one upgrade. The engine that a supplier shows up with during the first race of the season will be frozen for the rest of the year.

Finally, there is a kind of loophole which allows some teams to get 'free' upgrades without using tokens. AlphaTauri, for example, can take over parts used by Red Bull in 2020 for no cost. Aston Martin, which buys parts from Mercedes, does the same with the gearbox of the champions, but also with a new suspension. Those teams were in fact a year behind and used the 2019 versions last year.

In the meantime, more and more is becoming known about the developments that the various teams intend to make with the help of tokens. Yet remarkably, it is the two top teams, Mercedes and Red Bull, who as things stand are keeping completely silent when it comes to upgrades. 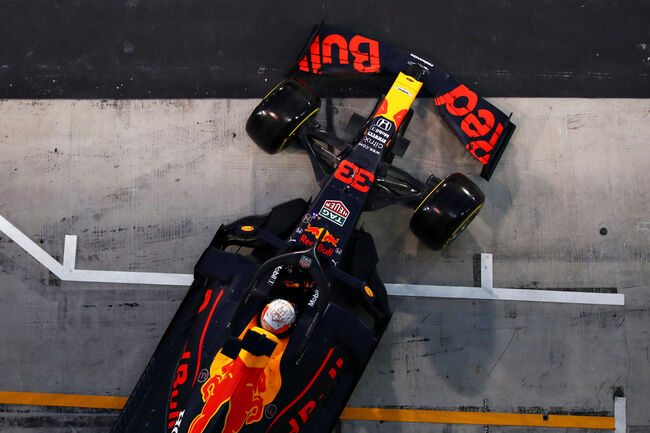 Whilst the midfield teams already know roughly what they will upgrade on their cars with the help of the tokens, Red Bull and Mercedes are keeping their lips sealed.

Red Bull team principal Christian Horner hinted at the end of last season that around 60 per cent of the 2020 car would be carried over into next season. "Many parts will also be used next year, such as the gearbox, chassis, suspension and various elements. Aerodynamically, there may be some changes. Our philosophy is to take what you learn this year to the next," he told RacingNews365 and others.

Mercedes, for its part, is said to have stopped upgrading its car months before the end of the 2020 season, but Horner believed little of it at the time. "Mercedes has an extremely strong team, both in width and depth. We have seen them put various new parts on the car. We expect them to be very strong next season, but I think we can build on this result and our momentum. I hope we can make things more difficult for Mercedes in 2021," said Max Verstappen's team boss in Abu Dhabi, outlining his expectations for the coming season.

At Mercedes they are reportedly concerned about the changes that need to be made. "At Mercedes they are very honest and they recognise that the new floor is one of the biggest fears for the team heading into 2021. They are even a little paranoid at the team. They fear that the new floor might be better suited to some F1 cars than others," Auto Motor und Sport wrote in December. This has to do with the different development philosophies of the teams. "Perhaps the new floor works better with a different concept than the Mercedes car, as they were not able to analyse it in detail before the teams agreed to the modified rules," the German medium described Mercedes' fears.

It would therefore not be improbable for Mercedes to focus as much as possible on minimising the impact of the new floor. They could also use tokens for that. Mercedes themselves, however, have not said a word about the use of their tokens. It is expected that both Mercedes and Red Bull will not show their new updates to the world until the test days in Bahrain. 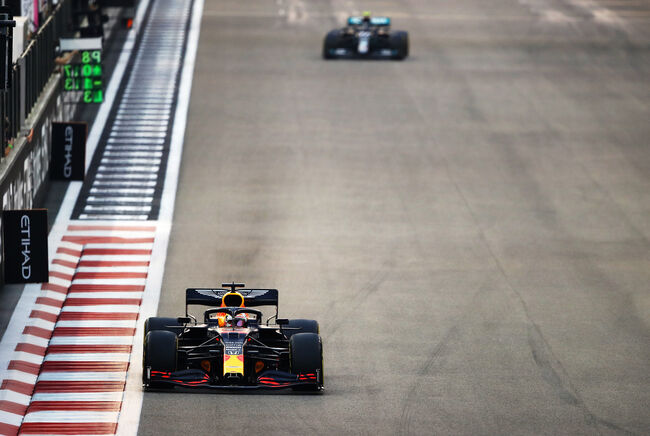 The rest of the field

So how are teams other than Mercedes and Red Bull using their tokens? McLaren did not have to think long and hard about this, given that the system was created for them. Both tokens will go towards fitting the Mercedes engine and the chassis medications that come with it.

Next is Aston Martin, who get some free upgrades such as Mercedes' updated gearbox and the rear suspension that impressed Mercedes last season. The former Racing Point outfit’s tokens will go on something completely different; the design of the monocoque is being overhauled, which should provide more room for aerodynamic development.

As with the two top teams, Alpine (formerly Renault) have not yet said anything about the new upgrades that will be carried out with the help of the tokens. Renault are the only factory team that do not have any customer teams, so will not be providing free upgrades like others.

Ferrari is betting on an improved gearbox, which has to fit the renewed engine. The engine will not cost the Italians a token, because they are allowed to introduce a new engine every year. Because last year's engine was not good, a completely new engine has been built in Maranello. Together with the gearbox (using one token) it should provide a faster red car. The second and final token, according to Italian media, will be spent on the rear suspension. This should provide more grip and therefore less tyre wear.

AlphaTauri will benefit from some free upgrades from Red Bull, just as Aston Martin will benefit from Mercedes parts. Which parts these are, the team are keeping secret. In terms of tokens, the Italian outfit is betting on the nose of the car. Both tokens go to that, but it should improve the effect of the aerodynamic elements on the whole car.

As for the teams that finished last year towards the back of the grid, let's start with Alfa Romeo. A new Mercedes-like nose is being planned which, combined with the new Ferrari engine, should help the team of Kimi Raikkonen and Antonio Giovinazzi to move forwards.

If we are to believe Haas, they are not considering the possibility of using tokens. In the middle of 2020, there was no certainty that there would be any money to spend on upgrades, so the American squad did not bother with tokens. However, a new engine and new gearbox, supplied by Ferrari, will be installed. This should at least provide a small performance boost in the battle at the back of the field.

Finally, there is Williams. The ailing team have new owners and want to shine in 2022. But first comes the 2021 season, and little has been communicated about that yet. A new engine from Mercedes, like all customer teams, is in any case part of the upgrades. Other than that, the British outfit are keeping their lips sealed.

We will have to wait until the launches of the new cars to find out more about the upgrades and how similar the cars really are to their 2020 counterparts.