Red Bull's Sergio Perez has explained that he wasn't willing to break a gentleman's agreement for qualifying just to get his last Q3 run in. 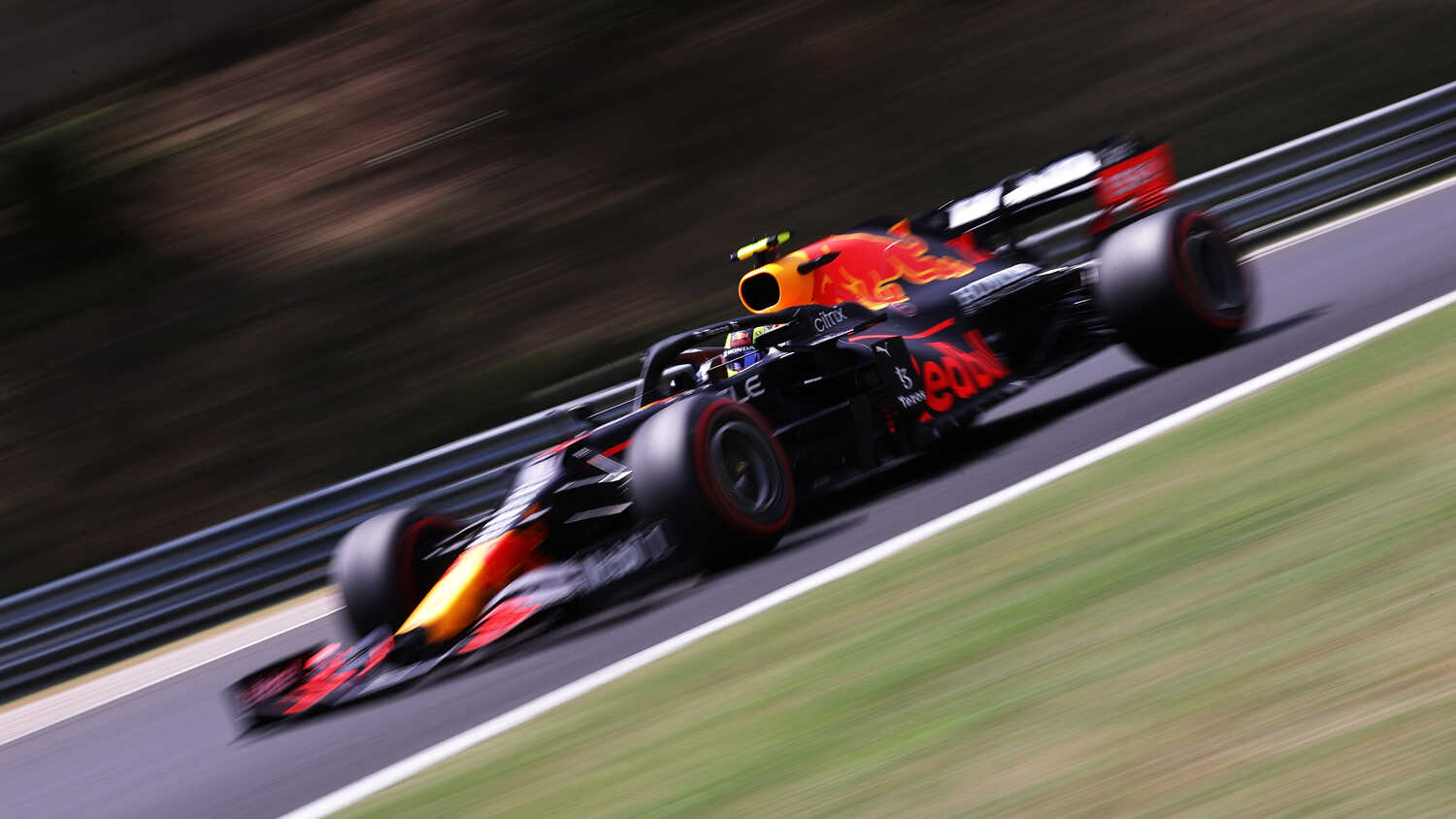 Red Bull's Sergio Perez has explained that he wasn't willing to break a gentleman's agreement in order to ensure he got his final qualifying run in in Q3.

The Mexican driver missed out on putting in his second run, as he was held up by the queue of Valtteri Bottas, Lewis Hamilton and Max Verstappen in front of him preparing for the final qualifying laps, crossing the line a second after the lights turned red to end the session.

Knowing that he would be tight on time, Perez could, in theory, have forced the issue by speeding up and either overtaking those in front or forcing them to drive faster to ensure they stayed ahead of him. But the Mexican explained that he wasn't willing to break this gentleman's agreement as noone had, in his eyes, been unfair.

"I had my teammate ahead so obviously, I felt like respecting Max was important," Perez explained to media, including RacingNews365.

"And I'm sure he would have done the same with me. And it's very unfair to the guy ahead to do something like that. So, yeah, that's my point of view."

"Well, I think today is a good example," he said.

"If there's someone that has a ridiculous gap to the car ahead then it's something that we should have a look at. But, I mean, at the end of the day, everyone is trying to to be in sync, and that makes a bit of a problem."

With Hamilton being ahead of Verstappen on track and, indirectly, slowing down the pace of the outlap for the two Red Bulls behind him, Perez felt that the Mercedes driver hadn't done anything wrong.

"I haven't looked in detail," he said.

"But, to be honest, I think Lewis had a sensible gap to Bottas who was ahead of him. So, something must have happened, someone had dropped back massively from Gasly, I think.

"I don't think, towards the end I mean, I think he had a normal gap. So I just paid the price by being the last guy in the train."