Opinion: Brawn's claims of 'short attention spans' a deflection from a discomforting truth

Ross Brawn's comments about young people not having the attention span for normal Formula 1 races are disingenuous to the real issue of accessibility for new fans. 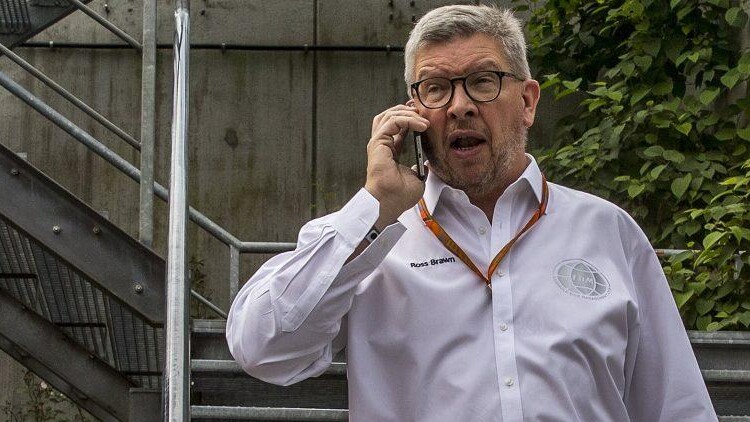 Ross Brawn has made some pretty interesting comments about why Formula 1 is interested in 'trying out' Formula 1 Sprint Qualifying races at three events this season.

Speaking in an interview with The Muscle Help Foundation, Brawn outlined the plans for the new qualifying format, and part of the reasoning behind why it's being looked at.

"We've been working on trying to get a sprint race format for a number of years, and it is now part of the whole weekend," Brawn explained.

"So Friday, we'll have qualifying as you do now, that will set the grid for a Sprint Qualifying race on Saturday, a 100 kilometre race. And the outcome of that will determine the grid for the Grand Prix on a Sunday.

"And along the way, the first, second or third in the sprint qualifying will score three to one points. And its a format we want to test, things change.

"And young people don't necessarily want to watch two hours of racing on a Sunday afternoon, we may find a short format of racing is more appealing to them. But we don't want to disorientate our loyal fans who are really the core of our sport. And so can we find a combination? And that's what we're testing. So we'll do three races this year, we'll take stock, and then we'll decide what the next step is for the future."

"Football has to change and adapt.

"We have to analyse why young people, 16-to-24-year-olds, 40% of them aren't interested in football. Why? Because there are a lot of low-quality games, and they have other entertainment platforms.

"It's a reality. They say the games are too long. We have to change something if we want football to stay alive. Sometimes we don't understand our children or grandchildren.

"They're different generations, the world changes. If young people don't watch an entire game, it's because it isn't interesting enough, or we'll have to shorten the games ... There are matches that even I can't watch all of them, to be honest."

It's curious that these prominent figures of their respective sports have chosen to blame their sport's formats as being problematic for bringing in new fans.

Particularly when you consider that F1 races are as short as they have ever been, with cars getting ever faster, with races in the 1950s running to three hours. Football's 90 minute format dates back to the late 19th century and it's curious that, despite the game's huge fandom around the globe, there is, seemingly out of nowhere, an issue with attention spans.

So why the sudden need to point fingers at the easily distracted eyeballs of 'the youth', who have had no issues in the past with access and growing up to become the presumably mature fans of both sports today? Could it be that both sports are firmly locked away behind paywalls across their biggest markets, thus ensuring that there is no accessible way to on-board new fans?

I don't come from a family interested in motor racing. My interest in Formula 1 began when I was 11, when my mother bought me a Grand Prix Guide for the 1999 season. Growing up in Ireland, I was obsessed with tractors and farm machinery, and she wanted me to broaden my horizons. I devoured the book and, a week later, sat down to watch the Brazilian GP on free-to-air television. I was hooked. 22 years later, I still am.

That is simply not possible to happen any more. The average 11 year old growing up in Ireland or the UK could be given that same book today, but will then have to shell out €50 a month in order to watch the next F1 race. There are marginally cheaper options, ie. buying a NowTV pass, but how likely is it that a potentially interested person will shell out money to evaluate whether they may or may not be interested in the sport long-term?

And, I'm sorry Ross, but that person isn't going to shell out the money for the short Saturday race any more than the longer Sunday race.

According to Motorsport Broadcasting, Germany slumped to just over 1 million people watching the season opening race in Bahrain. This represents a 75% drop on the previous year, made worse by the sudden switch to pay TV. The UK has had a 30-40% audience drop since 2012, but did briefly share coverage between free-to-air and Sky.

It's unlikely that Ross Brawn, as wealthy and successful within the F1 bubble as he is, is so disconnected from the average person that he can't fathom that potential new fans simply cannot fall in love with a sport they can't see. But a leading figurehead of the sport in his position can't be seen to acknowledge that existing commercial deals might not be entirely for the betterment of the sport.

And that's a shame, because Formula 1, under Liberty Media, has done fantastic things to improve the visibility of the sport.

F1's use of social media has exploded under Liberty in recent years, and the success of the Drive to Survive docu-drama series serves as brilliant advertising to a casual audience. Race hashtags usually trend globally during a Grand Prix weekend and, in general, F1 has found a good balance between being a true sport and a strong entertainment product.

But the fact that both football and F1 are pointing more at the audience's supposed shortcomings, rather than the incredibly damaging commercial deals that lock the sports away to all but existing fans, explains why such silly, reactionary, decisions such as Sprint Qualifying are being forced through when noone asked for them.

F1 celebrated its 71st birthday earlier this week and continues to enthral and excite as much as ever. Gimmicks like DRS and Sprint Qualifying may not be needed anymore if the new upcoming regulation changes improve the competition as predicted. But it's time to reconsider the pay TV stance, and stop making the audience the scapegoat for not watching. At no point have fans clamoured for shorter races, across any motorsport discipline. Can you imagine the World Endurance Championship presenting this argument for the Le Mans 24 Hours?

Imagine missing out on the thrilling end to the 2000 Belgian GP and Mika Hakkinen's famous overtake on Michael Schumacher, simply because the race ended on Lap 22? Or never seeing Kimi Raikkonen blasting past Giancarlo Fisichella on the last lap at Suzuka in 2005? Races need time to mature and for their story to be told, and that simply isn't possible if drivers don't have the time to catch up and pass, or for a strategy play to work out. Shortening races based on an argument presented without data is merely insulting to that audience.