Norris: McLaren didn't expect this kind of success in 2021

Despite missing out on his first career F1 victory in Russia, Lando Norris and McLaren continue to impress this season. 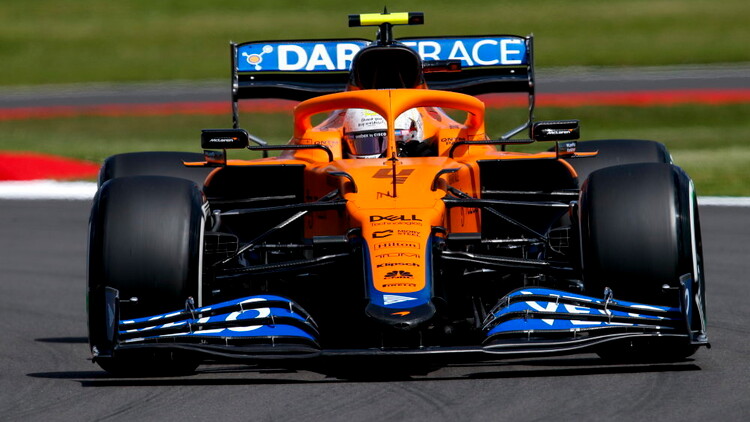 Lando Norris believes McLaren have taken a substantial step forward in 2021, achieving results that even they thought were out of reach before the start of the season.

After some poor results during the 2010s, finishing as low as ninth in the Constructors' Championship one year, McLaren have turned things around in recent times.

Last season saw the team claim third in the standings, and that form has carried over into 2022. Daniel Ricciardo and Lando Norris secured a sensational 1-2 finish for McLaren at Monza, while the Briton took pole in Russia and just missed out on his first F1 victory.

Speaking with La Gazzetta dello Sport, Norris noted that McLaren's continued development in 2022 has enabled them to achieve results they didn't think were possible before the campaign began.

"At the beginning of the year, you always expect to take a step forward as a team, but on a personal level I've also improved a lot," said Norris.

"Overall, I think we've developed the whole package. We've made a consistent step forward, though we have struggled [at some tracks] when the car wasn't great.

"We're often in the right position to take advantage of opportunities left by Mercedes and Red Bull, but I don't think we expected to have such a good season, like the 1-2 at Monza, the pole and the near victory in Sochi.

"Each weekend is different and so our expectations change at each track."

The Italian publication noted that Norris is a popular figure in the country. However, when asked if he would consider driving for Ferrari in the future, Norris stated that he's happy with his situation at McLaren.

"At the moment, I am happy where I am," Norris added. "I've just renewed my contract with McLaren, with whom I want to win the World Championship for both Drivers' and Constructors'.

"I don't know what might happen in 10 years. It's true that I have a lot of Italian fans, which was noticeable at Monza. They waited for me outside the hotel and track, so I could feel their warmth."