MotoGP has confirmed that Jason Dupasquier has died as a result of his injuries sustained in a crash at Mugello on Saturday. 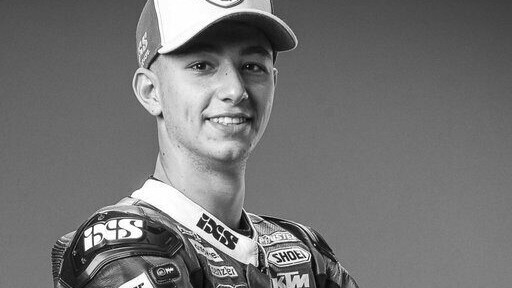 MotoGP has confirmed that Moto3 rider Jason Dupasquier has succumbed to injuries he sustained in a crash at Mugello on Saturday.

The 19 year old Swiss rider was involved in a serious, multi-bike crash during qualifying on Saturday with the session immediately red-flagged.

Medical Intervention Vehicles were immediately on the scene, with Dupasquier attended to on the ground before being transferred by medical helicopter to the Careggi Hospital in Florence.

A statement from FIM has confirmed he died on Sunday morning, saying "despite the best efforts of circuit medical staff and all those subsequently attending to the Swiss rider, the hospital has announced that Dupasquier has sadly succumbed to his injuries."

RacingNews365 would like to add our deepest condolences already expressed by FIM, IRTA, MSMA and Dorna to his friends, family, and colleagues.