Mercedes and Red Bull are off to the stewards in Abu Dhabi, after the team lodged two separate protests against Max Verstappen and the race classification. 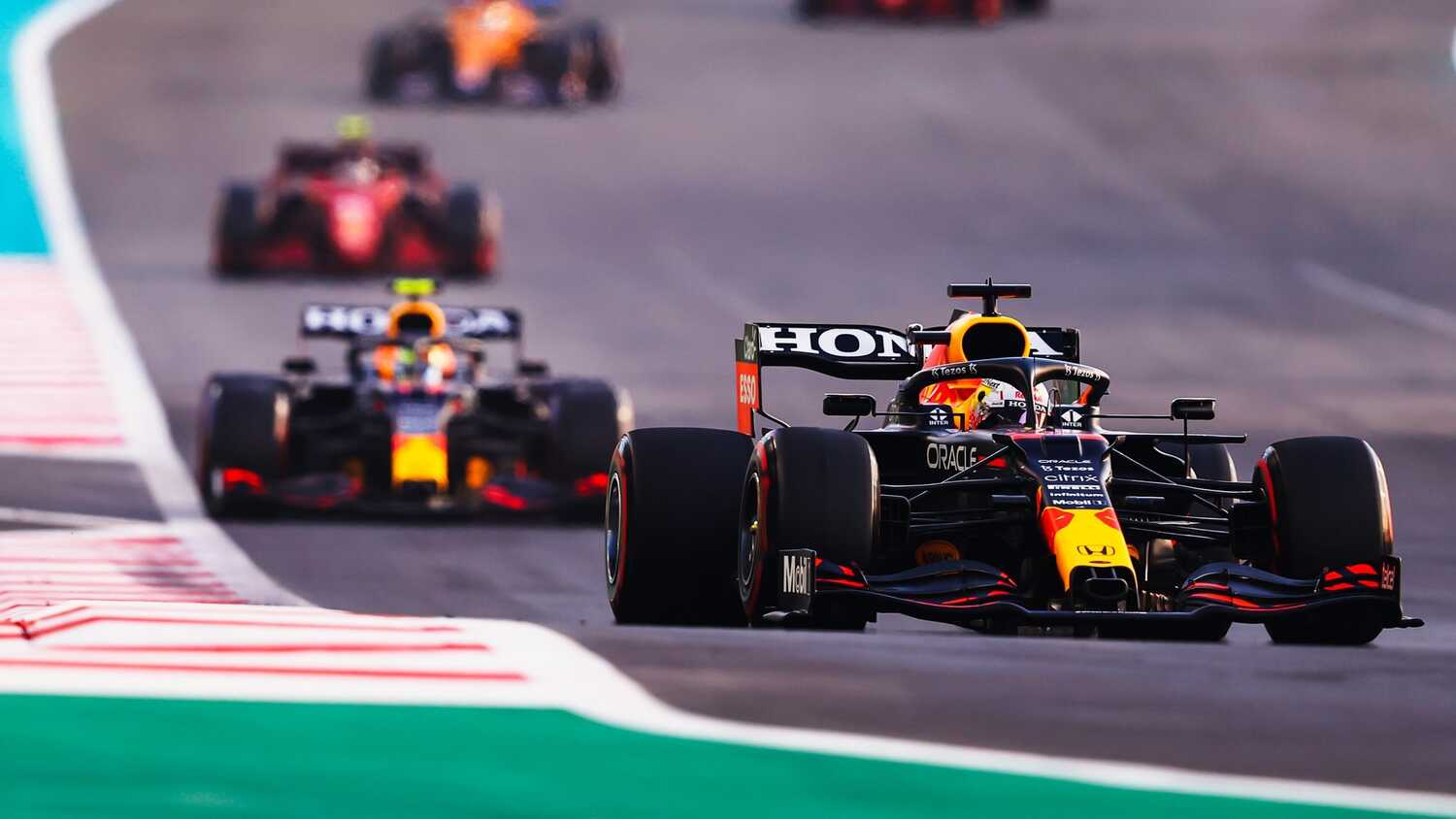 The result of the 2021 Abu Dhabi Grand Prix has been called into question, as Mercedes have lodged a protest against Red Bull's Max Verstappen after the Dutch driver won the race to clinch the World Championship.

Mercedes have lodged two separate protests with the stewards, one of which is against Verstappen and the other against the result of the Grand Prix, meaning team representatives from both sides are off to visit the stewards.

The grounds for the protests are based on Articles 48.12 and 48.8 of the FIA F1 Sporting Regulations.

What are the grounds for protest?

Article 48.12 of the Sporting Regulations relates to lapped drivers being permitted past the leading cars under Safety Car conditions, which happened on the penultimate lap of the race.

This allowed Verstappen to latch onto the back of Hamilton for the final lap but Mercedes' annoyance will be with the fact that only the drivers that were between the two leaders unlapped themselves, and not the entire field of lapped cars. Had this happened, this would have meant the Safety Car would have stayed out for the final lap and prevented Verstappen from passing Hamilton.

The exact wording of the relevant Article of the Sporting Regulations reads as follows:

"If the clerk of the course considers it safe to do so, and the message 'LAPPED CARS MAY NOW OVERTAKE' has been sent to all competitors via the official messaging system, any cars that have been lapped by the leader will be required to pass the cars on the lead lap and the Safety Car.

"Having overtaken the cars on the lead lap and the Safety Car, these cars should then proceed around the track at an appropriate speed, without overtaking, and make every effort to take up position at the back of the line of cars behind the Safety Car. Whilst they are overtaking, and in order to ensure this may be carried out safely, the cars on the lead lap must always stay on the racing line unless deviating from it is unavoidable.

"Unless the clerk of the course considers the presence of the Safety Car is still necessary, once the last lapped car has passed the leader the Safety Car will return to the pits at the end of the following lap.

"If the clerk of the course considers track conditions are unsuitable for overtaking the message 'OVERTAKING WILL NOT BE PERMITTED' will be sent to all competitors via the official messaging system."

The second protest is a little bit more ambiguous, as to what the exact grounds of Mercedes' reasoning are, as Article 48.8 is quite a broad spectrum covering overtaking on track after a Safety Car.

"With the exception of the cases (listed below), no driver may overtake another car on the track, including the Safety Car, until he passes the line for the first time after the Safety Car has returned to the pits," reads the article, listing several exceptions," the article reads.