Mercedes maintained their advantage over Red Bull during second practice for the Italian Grand Prix at Monza. 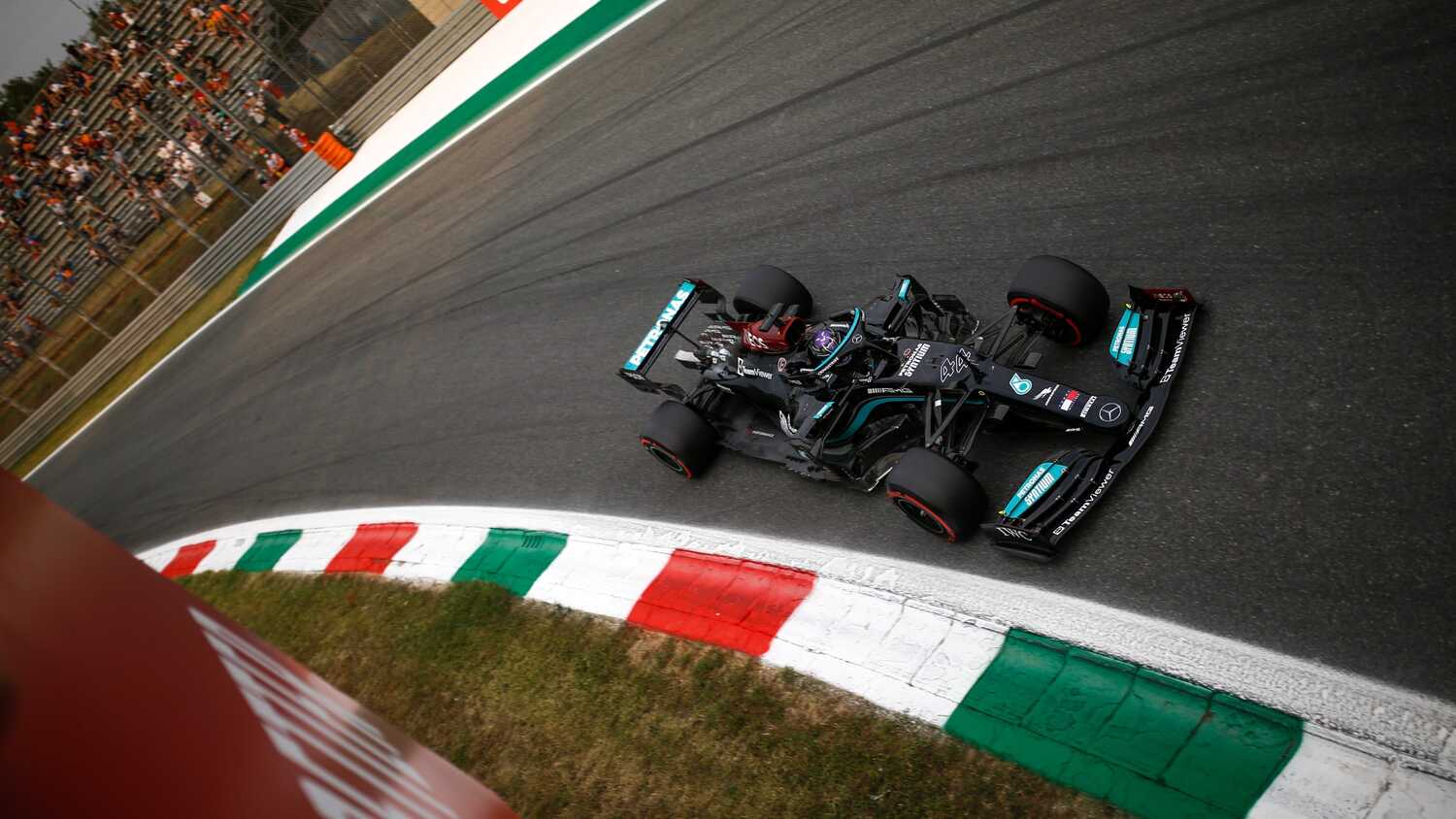 Mercedes remained at the top of the timesheets during second practice for the Italian Grand Prix, as Lewis Hamilton led teammate Valtteri Bottas at Monza.

Hamilton posted a time of 1:23.246 to lead Bottas by two-tenths of a second, with the Red Bulls of Max Verstappen and Sergio Perez almost half a second back. Verstappen, though, used the Medium compound tyre, as opposed to Softs.

Saturday's session was significantly slower in terms of lap times, compared to qualifying on Friday evening, with teams and drivers steadily working through preparations for this afternoon's Sprint Qualifying race.

Bottas will start the 100km Sprint from the front of the grid, ahead of title contenders Hamilton and Verstappen.

An otherwise routine FP2 was interrupted by a heavy crash for Carlos Sainz.

A week on from crashing out of FP3 at the Dutch GP, Sainz lost the rear of his Ferrari at the Ascari chicane midway through the one-hour session, sliding into the wall and sustaining significant front-end damage.

"That hurt a bit, but I'm OK," said Sainz over the radio.

Sainz was given preliminary clearance to continue competing this weekend after a trip to the medical centre, as per a radio message from FIA Race Director Michael Masi, but another check will take place before qualifying.

There was further drama for Ferrari late in the session, when Charles Leclerc declared that "I need to stop" with an unspecified problem. A Ferrari spokesperson later explained that he was feeling "slightly unwell".