Mercedes' James Allison has explained the thinking behind the strategic decision to chase the undercut on their two stop strategy. 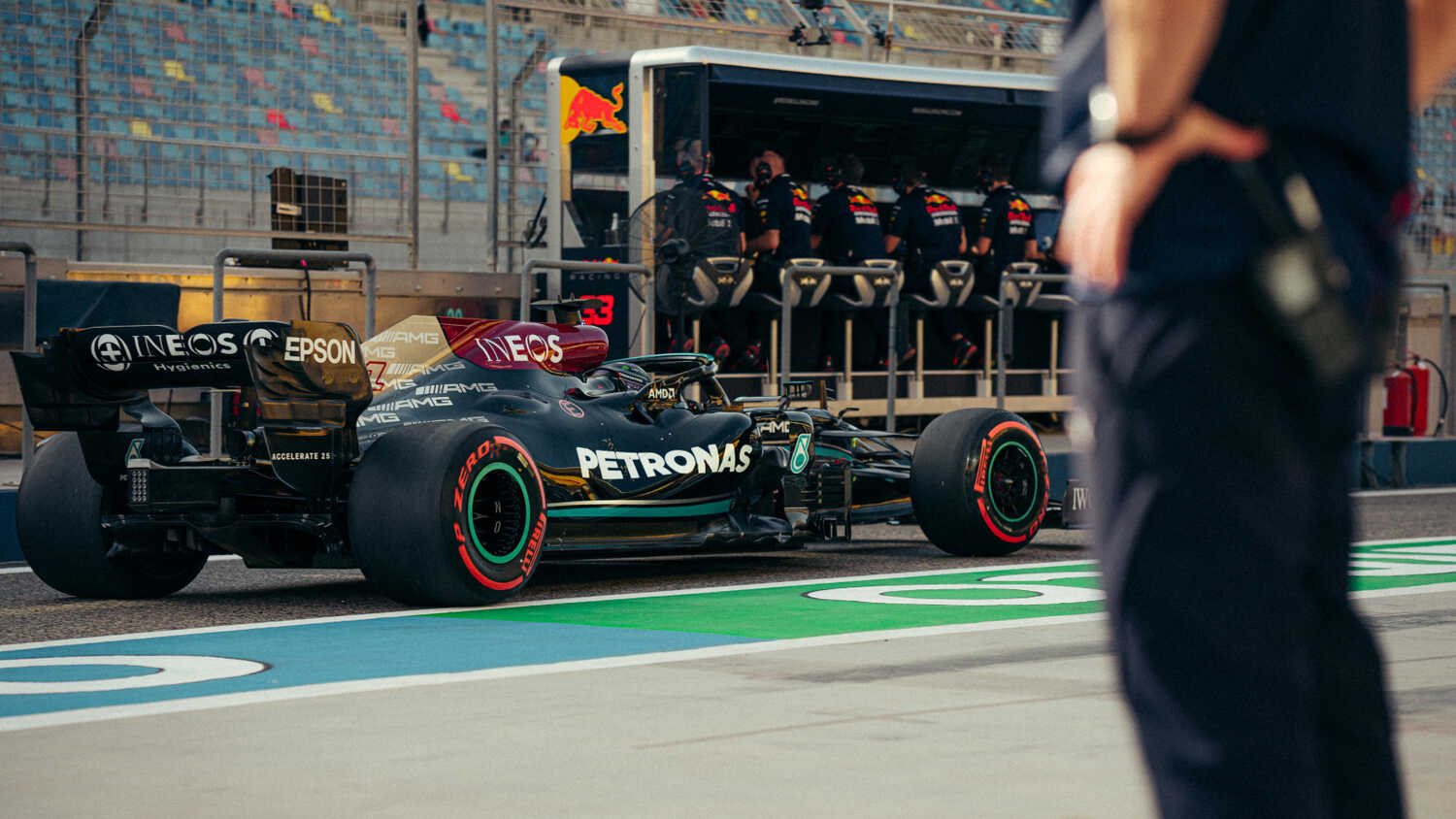 On both occasions, the stop pre-empted any stop from Red Bull's Max Verstappen and, due to the power of the undercut, Hamilton was able to take and hold track position.

This proved crucial, with Max Verstappen unable to successfully overtake Hamilton before the chequered flag despite having considerably fresher tyres at the end of the race.

"The honest answer is that this is a very finely balanced decision," explained Mercedes' James Allison when asked why Mercedes opted for hard tyres over the medium compound at both stops.

"There isn’t, like, one of them is a no brainer, the other one is a
completely moronic choice. It’s a matter of not taste, but each one
has a slight advantage over the other in certain circumstances.

"So, the medium tyre, all things being equal, will be slightly faster over a
certain number of laps, but it will die sooner. It will eventually
degrade and fall off a cliff sooner than the hard. The hard tyre is
just a whisker slower but it will be fairly bulletproof for a large
number of laps.

"So, those two different characteristics give you different options. We judged, and you have to remember we were only at this track a few months ago in 2020, we judged that the pace difference between the hard and the medium was going to be sufficiently small that we valued the increased life a little higher than we valued that shade of extra pace that the medium tyre gave you.

"We intended to use that extra life to make us, to put ourselves in a position where we could be brave at the point where we
did our stops."

With Hamilton snatching the lead away from Verstappen through the first phase of stops due to the undercut effect, Allison explained that the possibility of doing so was particularly strong at the Bahrain circuit.

"We know in Bahrain that it is one of the tracks that has the most powerful undercuts. You need only to get within about two seconds of the car ahead and if you stop one lap sooner then you can jump past using an undercut.

"Now, if you know that what you have got tucked up in the garage is a nice set of unused hard tyres and you know that that set of tyres can go deep, deep into the race then it gives you the confidence to make that undercut move, to dive in the pits and stop really quite early in the race and to hopefully use that undercut to jump past.

"If you are sitting on a medium tyre with someone hard up behind you and you are worried that they are going to undercut you, but all you know is you’ve got mediums in the garage, then you are nervous about diving in the pits too early in the race because you know that your tyres maybe are going to struggle if they have to run too long a stint.

"So, we placed the value on the stint length and it was that that we then used in the race, admittedly in quite an extreme way, to make sure that we used the length of the stint to our advantage and it was that that allowed us to first undercut and then protect against an undercut having seized the lead with that very, very aggressive early stop and long final stint that
Lewis did to hold on for the win.

"So, it is a matter of taste, a matter of choice but we chose it for those reasons and then we exploited that opportunity to sneak a win in a very, very closely fought race.”