Mazepin: Being teammate to Schumacher isn't a smooth ride

Haas' Nikita Mazepin believes that his ongoing relationship with Mick Schumacher won't be smooth, but downplayed the possibility of it deteriorating further. 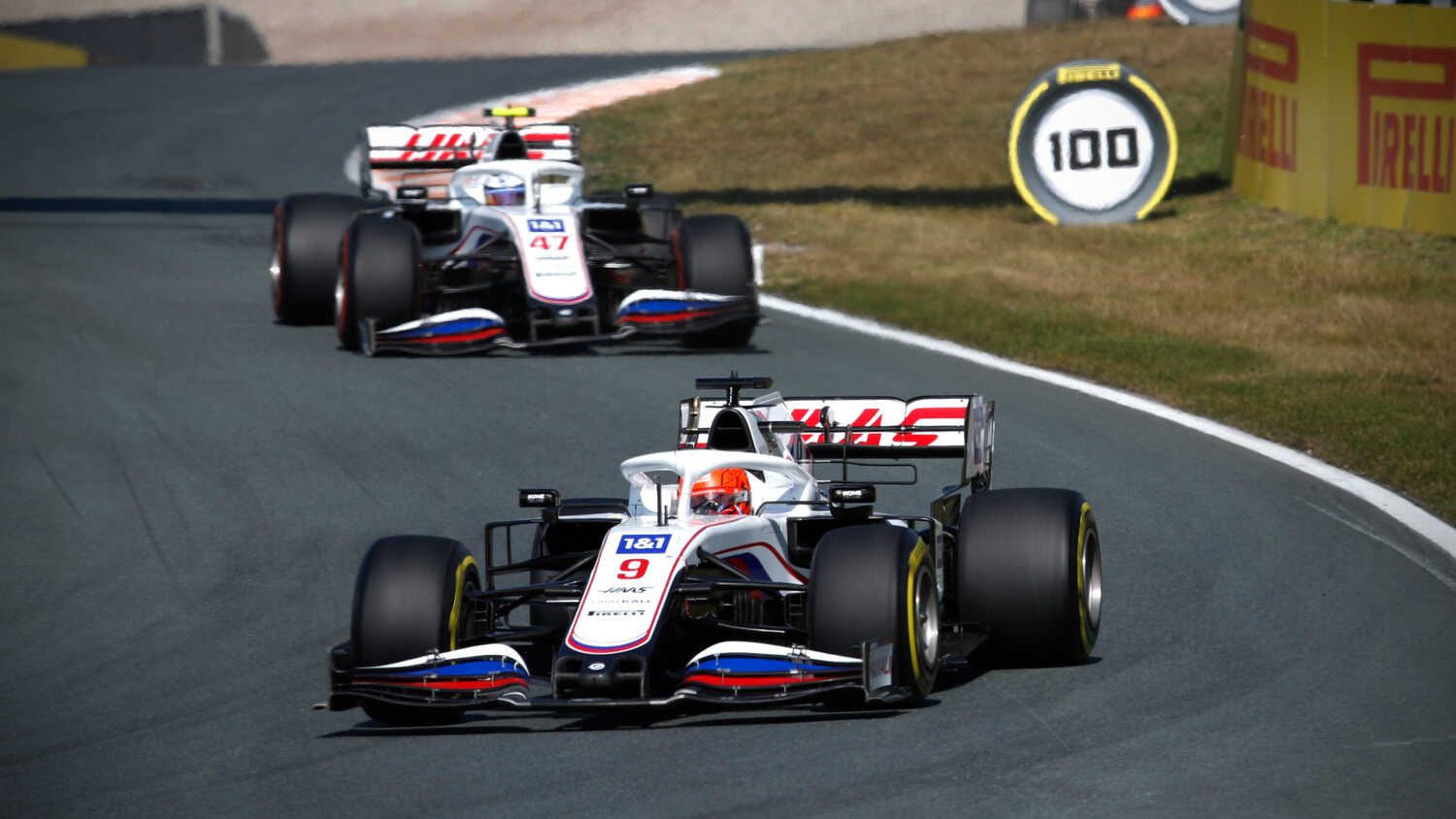 Nikita Mazepin believes that his relationship with Mick Schumacher won't be smooth as long as they are teammates.

The rookie pair have had a particularly uneasy relationship as teammates at Haas, with both stepping up to Formula 1 for 2021 after being in Formula 2 as rivals.

They have become embroiled in a fierce rivalry at the very back of the grid, with several on track incidents in recent races causing tensions to boil over.

A qualifying mishap at Zandvoort annoyed Mazepin when he felt Schumacher had broken a pre-session agreement by overtaking on the outlap, something Schumacher refuted later as being cleared by the team. The next day, Schumacher damaged his front wing when Mazepin aggressively defended against him going down the main straight.

Last week, at Monza, they collided at the second chicane when Mazepin misjudged his braking, but apologised for the faux pas.

"There's a lot going on. A lot and nothing at the same time," Mazepin explained on the Beyond the Grid podcast.

"I think it's just two young drivers who are willing to get to the top of Formula 1, and who've been put in a difficult position where, realistically, as the year goes on more and more, we can fight with each other only.

"For me, finishing P19 can be a highlight and finishing P20 can be a very bad point of the weekend. Obviously, in any other category, what's the difference between P19 and P20? But because it's like all or nothing, I think that potentially impacts his approach to me.

"I struggle to say more than that. It is what it is. I don't know how many years we've got left together, but I don't think it's going to be a smooth ride."

Mazepin explained that their prior relationship, dating back almost a decade to their go karting careers as teammates, was never particularly smooth.

Speaking about his admiration of Michael Schumacher, Mazepin said that there's nothing personal about the fractious rivalry with the junior Schumacher.

"I think that the way I see the sport and anything you do is obviously you have your personality outside of the circuit and then you have your competitive personality, which often is not the nicest," he said.

"But it ultimately makes you work harder, get through difficult moments and win at times.

"I met Mick later in my life, racing with him in karting and it was the same. People don't remember, but it wasn't a smooth ride, even then. I wanted to get to Formula 1 and win races and so did he. Sometimes, it was easier. Sometimes it was more difficult. And sometimes we had tough moments.

"I like Mick to the bottom of my heart. I think he's a super talented kid who's done an incredible achievement in his career. But that's outside of the circuit. On the track, I don't really care who I'm racing with, I'm racing against a competitor's car.

"[Schumacher's] is the only car at the moment in the last few races that I was able to get in front, so on a personal level, it really doesn't impact."

But despite the relationship seemingly heading in a downwards direction, Mazepin doesn't believe that it will escalate on-track.

Mazepin and Schumacher are on the verge of being confirmed for another season together in 2022, and the Russian is confident that it'll remain civil between them.

"We've obviously got media and there are external factors why this competition is interesting for people," he said, "but everything I do, I do within the rules. And I'm confident that there will not be any big issues."