Mansell suggests how F1 could have gone racing in Belgium

1992 Formula 1 World Champion Nigel Mansell has said the sport missed an opportunity to go racing in Belgium, suggesting ideas for how a safe race could have been held in the rain at Spa-Francorchamps. 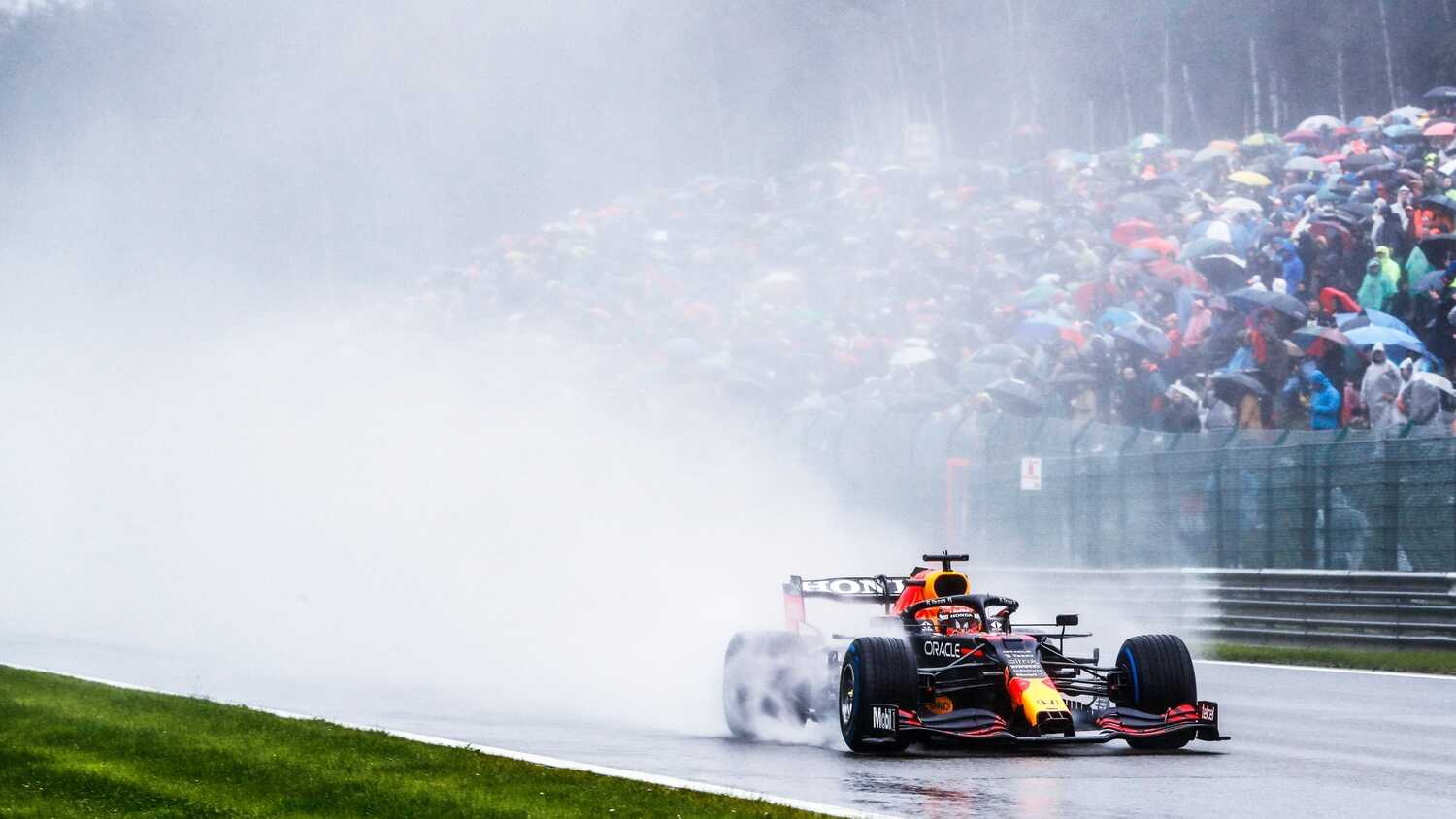 Nigel Mansell has proposed some solutions that, in his opinion and if F1's rules were relaxed enough to allow, could have seen a safe race go ahead in the treacherous wet conditions at Spa-Francorchamps last weekend.

The Belgian Grand Prix ultimately never went green as rain battered the Spa circuit on Sunday afternoon, with just a handful of laps behind the Safety Car used to determine a finishing order.

But the 1992 World Champion pointed out that he and his peers used to be able to race in severely wet weather conditions, and came up with a few ideas on how modern-day Formula 1 could run a wet race safely – if the rules were changed to allow for it.

"In years gone past, we did race in monsoons," Mansell told Peter Windsor in an interview.

"We raced in Australia (1991) and a monsoon in Japan (1994). Estoril as well (1985). And I never forget racing in the terrible weather at Monte Carlo (1984) as well one time. But we were able then to adjust ride heights to the car, so you get more ground clearance. And you were able to put more wing on the car to give more downforce, to give the drivers better control of their cars.

"I think an opportunity was missed that the regulations could have been adjusted on the day, whereby it gave every opportunity for the drivers, the cars and the teams to adjust their cars to a higher ride height, put more downforce on, and even maybe adjust the camber of the wheels and tyres to actually put on a race.

"It was farcical in the end. And I think it hurt Formula 1 greatly, which means it hurts all the fans, it hurts me as a past driver. Because we were robbed of, I think, a very, very great race there."

Mansell proposed some technical solutions to how Formula 1 could make changes to allow for more effective wet-weather racing.

"Let the teams alter the cars a little bit, so it aquaplanes less, do a delta time without a pace car, because a pace car can't go quick enough for a Formula 1 car," he suggested.

"Do a delta time 15 to 20 seconds off the pace, and then do two laps with 20 cars going around to clear the way, to move along the water, and see how the track is.

"What I'm saying is that we didn't see any attempt to put a race on. And I think that's a great shame. There's many opportunities they could have to do that.

"I think that the brains that they have there, the fans were robbed of a race, and I think the drivers had an opportunity to demonstrate how fabulous the drivers are in Formula 1."

With Windsor pointing out to Mansell that visibility concerns were the main safety problem, Mansell said an enforced delta time to slow the pace to a maximum speed could be the solution, as the Formula 1 tyres could then start dispersing the water.

"You put a delta time 20-30 seconds off the pace, so nobody's going to go away and run away with it with a race. But what you're doing is you're giving the Formula 1 cars a chance to disperse the water," he said.

"The other thing is, there's warning lights in the car, someone goes off and there's a car on track, you put the red light on on the steering wheel, and the drivers know instantly to slow right down. I'm trying not to compare what we had to do before in the past, remember Monte Carlo, remember Estoril, Adelaide... Ayrton [Senna] and I were tussling for the lead with nine crashed cars on the circuit! And we had to keep missing these cars driving and trying to win a race!

"I know health and safety now is paramount on everybody's mind. And I'm not criticising any decision that was made. All I'm saying is, with the greatest brains in Formula 1, there was a way to put on a show, even if it was 20-30 seconds off the pace of a racing lap to see if the cars could disperse the water."