The Formula 1 Grand Prix at Imola will always be inexorably linked to the tragic death of Ayrton Senna. The historic circuit has played a major role in the history of F1, and it is hoped that it will continue to be a part of the championship's future for many years to come. Former Drivers Domenico Schiattarella and Matteo Bobbi shared their opinions with RacingNews365 on Imola's 'old school' configuration - where gravel beds still define track limits. 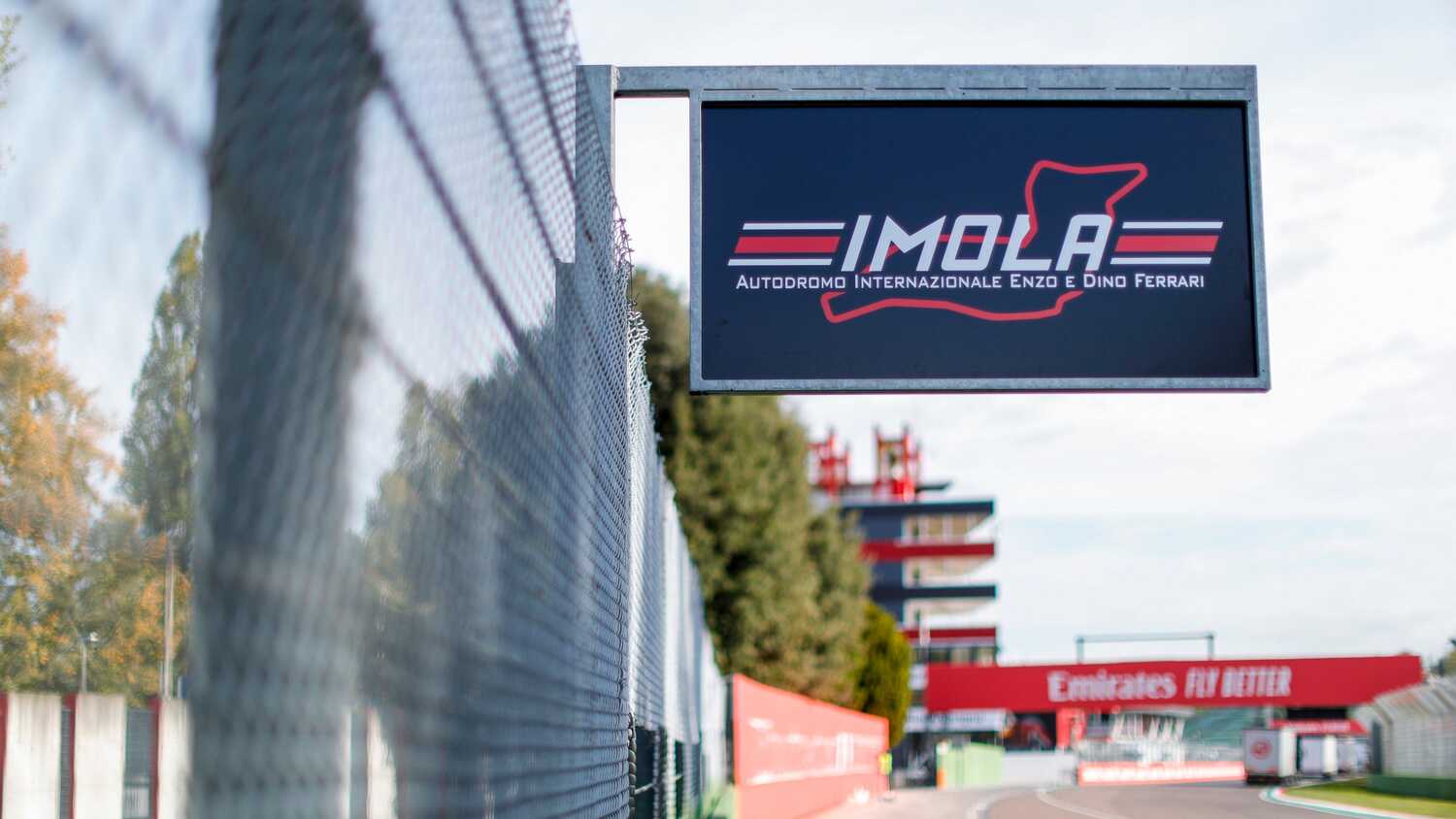 Domenico Schiattarella and the former test driver of Minardi, Matteo Bobbi, are both firm fans of the legendary Enzo e Dino Ferrari circuit in Imola and have tipped Max Verstappen for success at the Emilia Romagna GP

The two Italians both see Verstappen as the favorite to take the Emilia Romagna GP, but are especially happy that Imola seems to have finally earned a place on the F1 calendar again.

"Of course that would be great", Bobbi, who is currently the permanent analyst on Sky Sport F1 in Italy, told RacingNews365.com. "In my opinion Imola really should be on the F1 calendar, because it is a great track.

"Not only because of the history of the track, but also because it is a really challenging track. The drivers also said that after last year's GP, they all enjoyed racing on the track. This is also because the circuit is still seen as an 'old school' circuit where you are always punished because there are hardly any run-off lanes. As a result, the driver must always be focused and the fans can clearly see that. Everything it takes to challenge a driver, fast and slow corners alternate great. "

“I have a lot of memories of the Imola circuit," Schiattarella told RacingNews365.com. "I won several races in different classes and I was also at the start of the 1995 GP in Imola. The track is still fantastic to race on.

"I still come there often and then take passengers with me in my racing car, the faces of those passengers speak volumes. Partly due to the difference in elevation, it is namely a very challenging circuit and that is why I hope that it will remain on the Formula 1 calendar.

"I mean, let's be honest, what is Formula 1 without a race at Monza and Imola. That's like a bike with only one wheel, so you just have nothing.

According to Bobbi, as a driver it is especially nice to go through 'Variante Alta', a high speed chicane and a place where plenty of time can. be made up by drivers.

"That is a really interesting part of the circuit." Bobbi continued. "You arrive at that chicane at high speed and you really have to go through it perfectly, otherwise you will lose a lot of time. That is what makes the circuit so beautiful in my opinion, that the driver is already punished if he does not drive perfectly.

"Red Bull is the absolute favorite at the Imola circuit. They were already strong last year and if Verstappen had not gotten a tyre failure then, he would have already won that race to his name. Of course anything can happen, but I put my money on the Dutchman."

Schiattarella is also likely to put money on the Dutchman, as he feels that Verstappen has somewhat come of age this season and can go one better at the Emilia Romagna GP after finishing second to Lewis Hamilton in Bahrain.

"It is now known how good I think Verstappen is, so I think he has a good chance of winning at Imola," Schiattarella stated.

"In Bahrain, the horsepower of the engine applies much more than at Imola, where the driver counts much more and Verstappen is simply a better driver than Lewis Hamilton. Of course we cannot erase Mercedes, they remain an incredibly strong team, but I still go for Verstappen said Schiattarella who then wanted to reiterate the role of Imola in motorsport.

"It is interesting and beautiful to see that Imola has returned to the F1 calendar and the more I think about it, the more I am convinced that Imola should continue to play a role in Formula 1 in the future. The circuit is linked to the death of Ayrton Senna and that of Roland Ratzenberger and of course Ferrari which was created a stone's throw away by Enzo Ferrari.

"Just because of that history, I believe Imola should continue to play a role in Formula 1. We will also continue to remember those great drivers by racing at this circuit every year."