Max Verstappen extended his lead in the standings after another dominant victory on Sunday. Christian Horner lauded the Dutchman for his performance while defending Sergio Perez after the Mexican was handed two penalties. 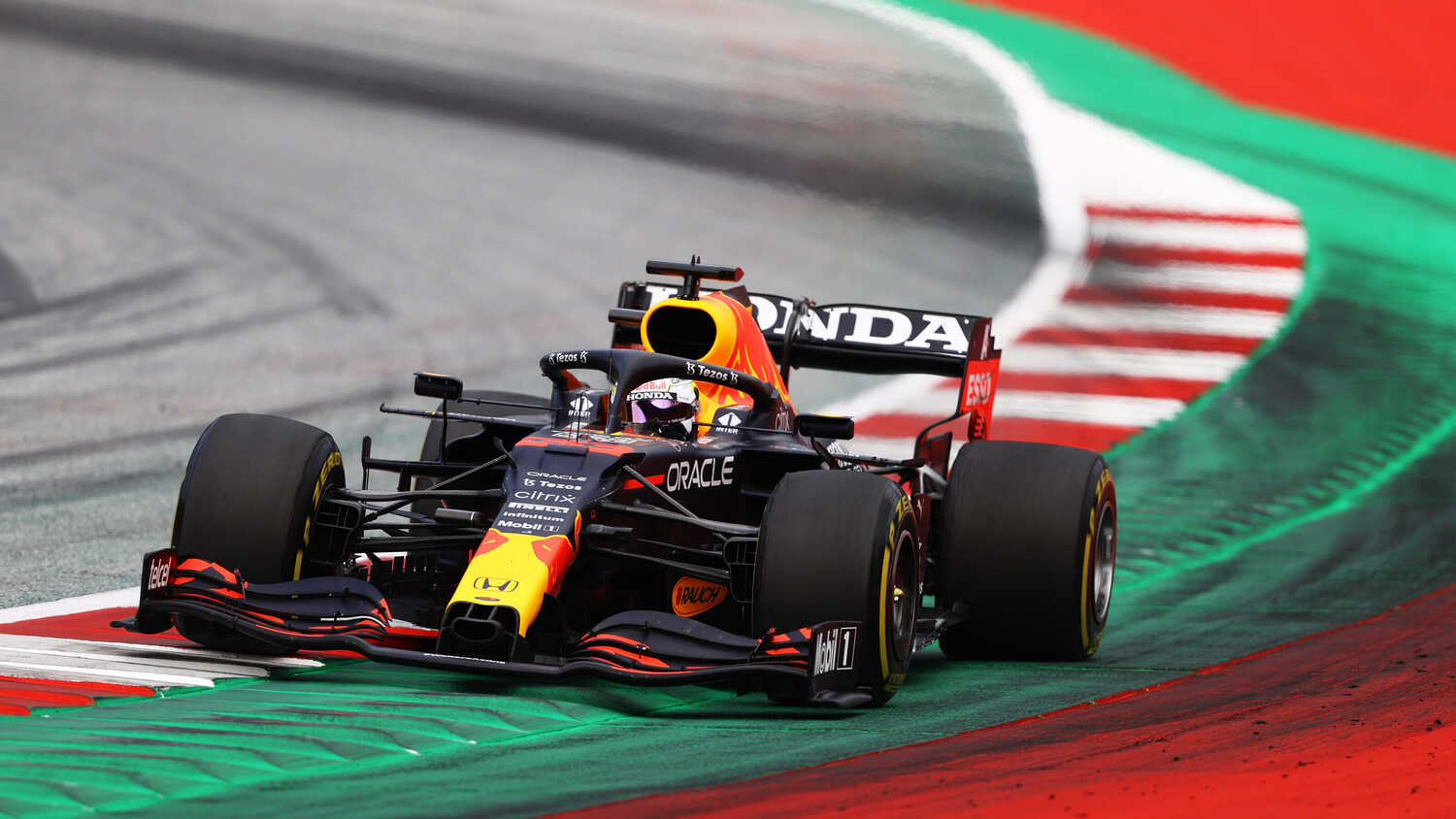 Christian Horner lauded Max Verstappen after the Dutchman put in an impeccable performance to give Red Bull their fifth win in a row.

Verstappen cruised to victory last week at the Red Bull Ring and it was much the same on Sunday, as he cruised to the chequered flag at the Austrian GP. Given the result came at home, Horner was pleased with how things unfolded.

"It's obviously fantastic to win this race, it's our home race," Horner told Sky Sport after the race. "Max drove an impeccable race, he didn't put a wheel wrong, led every lap, fastest lap and yeah, really clean race."

Sergio Perez saw his race compromised after going off track while attempting to overtake Lando Norris early on. The Briton was handed a penalty for the move, however the Mexican suffered a similar fate while attempting to fend off Ferrari's Charles Leclerc later in the race. Horner believes the penalties were harsh as he saw it as hard racing.

"As I said in the commentary, I didn't have a major problem with the Lando move," Horner added. "It was a racing move, it was hard racing wheel to wheel, so to get the penalty for that...I guess they gave themselves no choice when he had the same with Charles.

"Otherwise you just get drivers chucking themselves off the circuit and claiming penalties. It's a bit disappointing for me, that's hard racing, but that's life."