Horner: This win shows that Red Bull complied with all the rules

Red Bull's Christian Horner believes Max Verstappen's win in France should quieten down any speculation that they were in breach of any rules in recent races. 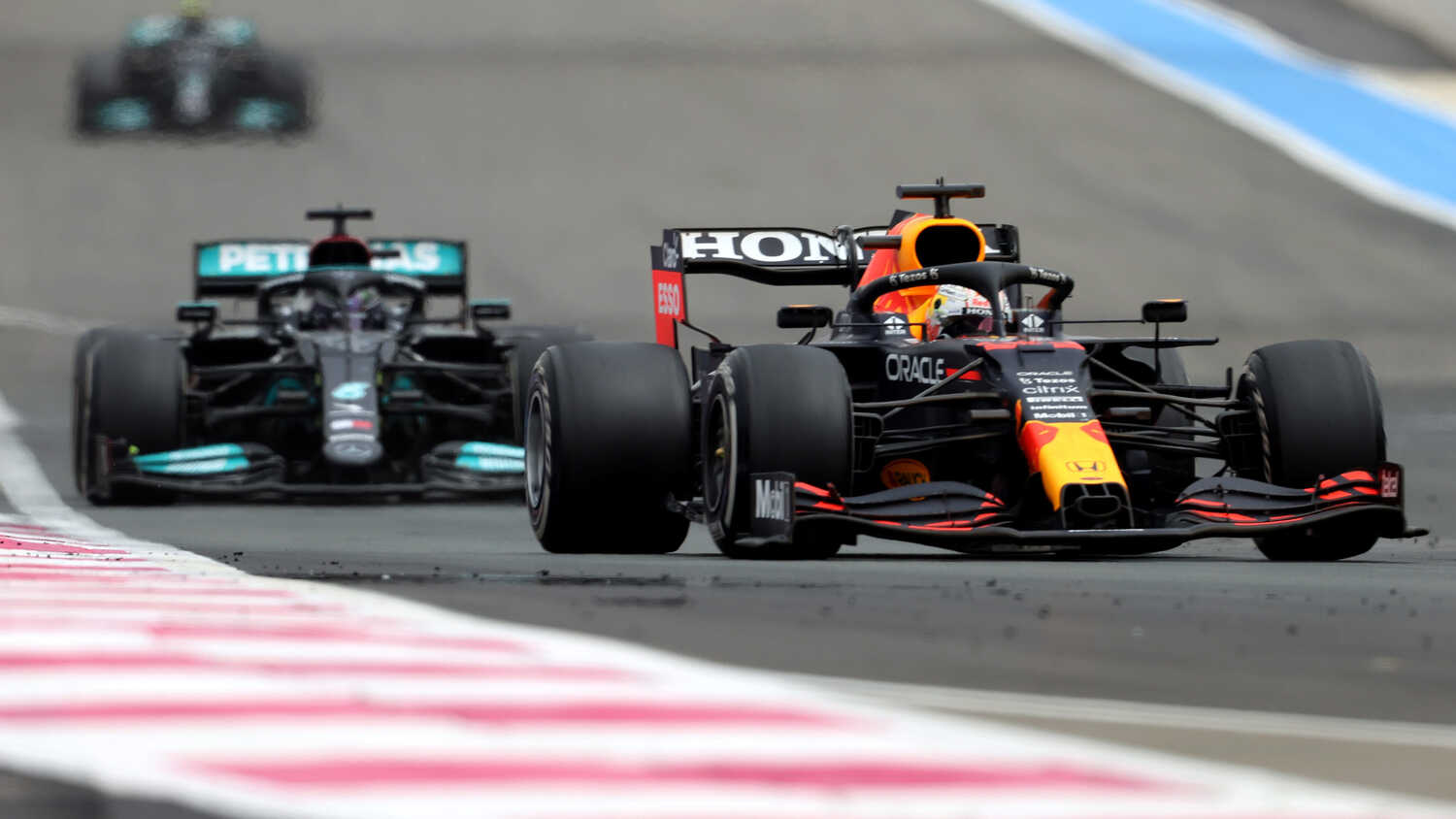 Red Bull's Christian Horner has suggested that Max Verstappen's performance in France should quell any lingering talk that the team contravened any rules, such as with their rear wing or with tyre pressures.

A Technical Directive came into effect before the French Grand Prix to tighten up rear wing flex, with the matter first raising its head at the Spanish Grand Prix after Mercedes made comments about the Red Bull rear wing. Between that, and Verstappen's tyre failure in Azerbaijan before another Directive was put in place to bump up the stringency of tyre operations, Horner believes the immediate win for Verstappen in France shows that there was nothing untoward going on.

"I think it just shows that, you know, a lot of comments have been made over the last few weeks with accusations," Horner told select members of the media, including RacingNews365.

"But we've complied with the rules. And the way that we've reacted, I think, again, shows the strength and depth that our performance isn't based on rear wing flexibility.

"All times we've always followed the prescriptions from Pirelli. And, obviously, the increase in tyre pressure this weekend was challenging for all the teams. But again, the engineering team has done a great job in optimising the car around it."