Horner points at Mercedes' front wings: If cameras faced the other way..

Red Bull boss Christian Horner has refuted the team's rear wings are against the rules, and pointed to Mercedes' front wings as also being quite flexible. 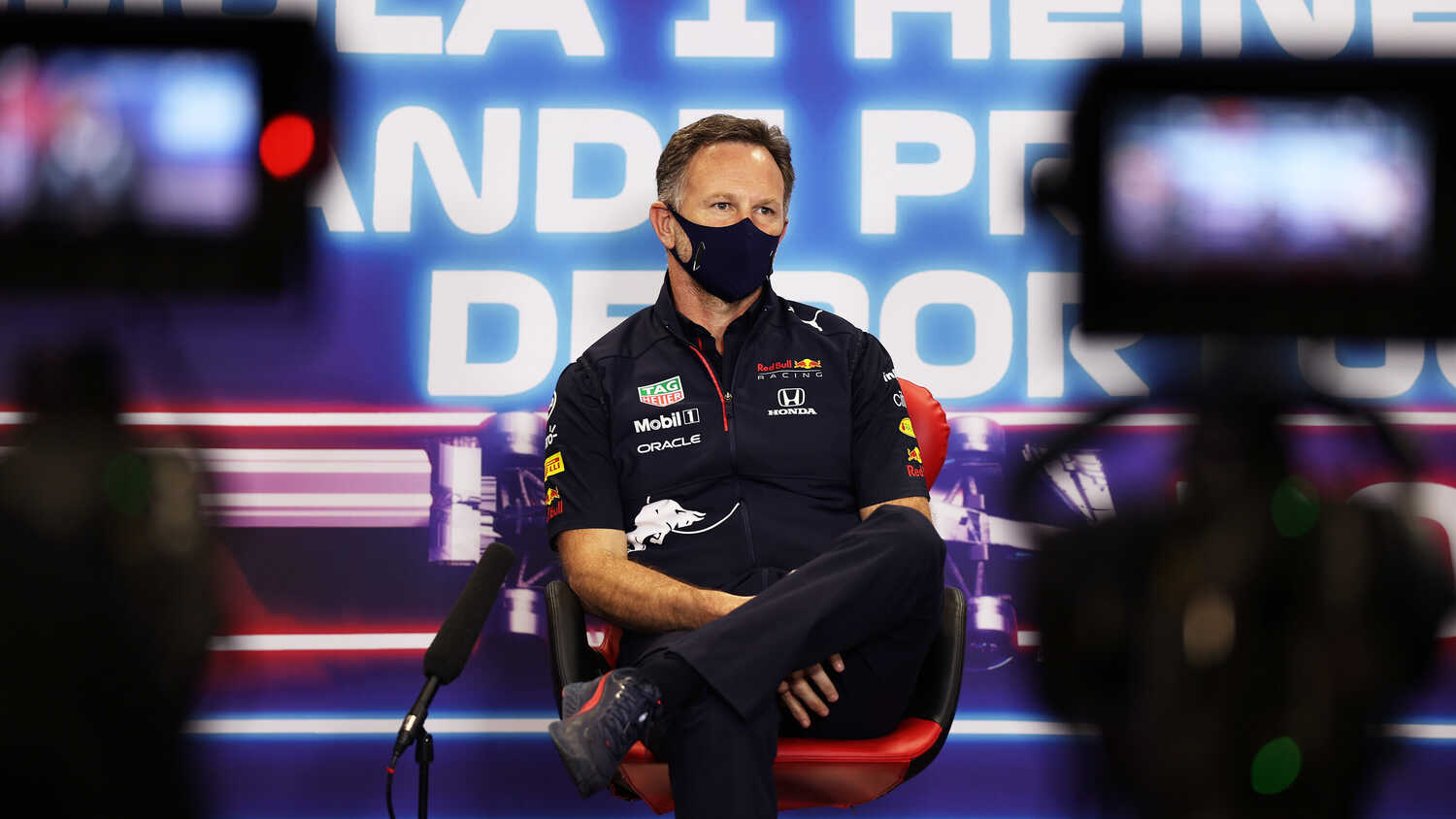 Christian Horner believes that Mercedes would be under scrutiny for their front wings, if the cameras of the FIA were facing the other way.

Red Bull's rear wings set off controversy at the Spanish GP, due to flexing, with teams all issued with a Technical Directive forcing them to bring their rear wings into line with new, more stringent checks.

As a result, Horner explained that the RB16B wings were designed to comply with the checks as they were prior to the Directive.

"I think you build a car and design a car around the regulations, the car passes all of the tests, all of the FIA tests," Horner explained.

Discussing footage of the Mercedes onboard from the Emilia Romagna GP, Horner said, "Look at front wing endplate, or the front wing flap. It starts to disappear out of shot, and then reappears. What's the difference between the front and the rear?"

The Red Bull boss then explained that the team will have to make the re-design ahead of the new checks, with a grace period in place for leniency until mid-July.

"Well, we're going to have to make alterations for the next test that's been brought in," Horner explained.

"That costs time, money and resource. So we're not the only team that's going to have to do that. And it's probably a bigger burden for the likes of Alfa Romeo, and so on, and there's other teams that are right on the limit with it. But that's just one aspect of the car.

"We've seen these tests change many, many times, there's a lot of noise being made about it. It's been stoked up for obvious reasons."