Max Verstappen's crash at the British GP could have big ramifications on his championship push as Honda look into whether his engine suffered less damage than initially feared. 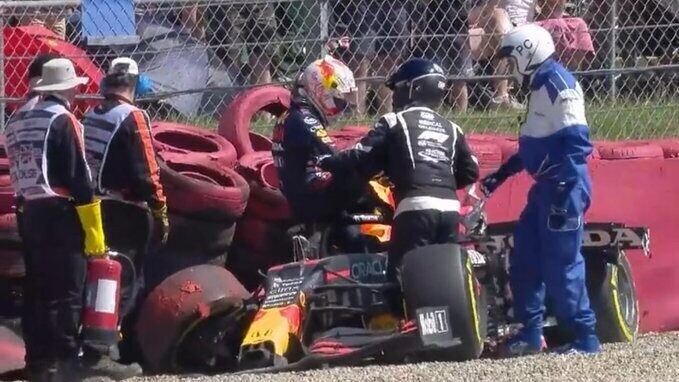 Honda are holding out hope that the engine in Max Verstappen's Red Bull can be salvaged, though they won't know for sure until further checks in Japan are completed.

The Dutchman was sent crashing into the barriers on the opening lap of the British SP after colliding with championship rival Lewis Hamilton, who came home first despite being handed a 10-second penalty. While Red Bull fear that the RB16B chassis is a write-off, Honda F1 technical director Toyoharu Tanabe is optimistic damage to the engine may be less than initially feared.

"When I first saw the images of the car being lifted, I thought there was a lot of damage," said Tanabe.

"But in reality it seems that the damage is less than what we first saw. However, the actual damage cannot be known from its appearance when it is installed in the car.

"So we would like to send it back to HRD in Sakura and check it before making a decision."

An engine change would force Verstappen to take his third and final engine of the season for the Hungarian GP, with a fourth before the end of the campaign resulting in a grid penalty.